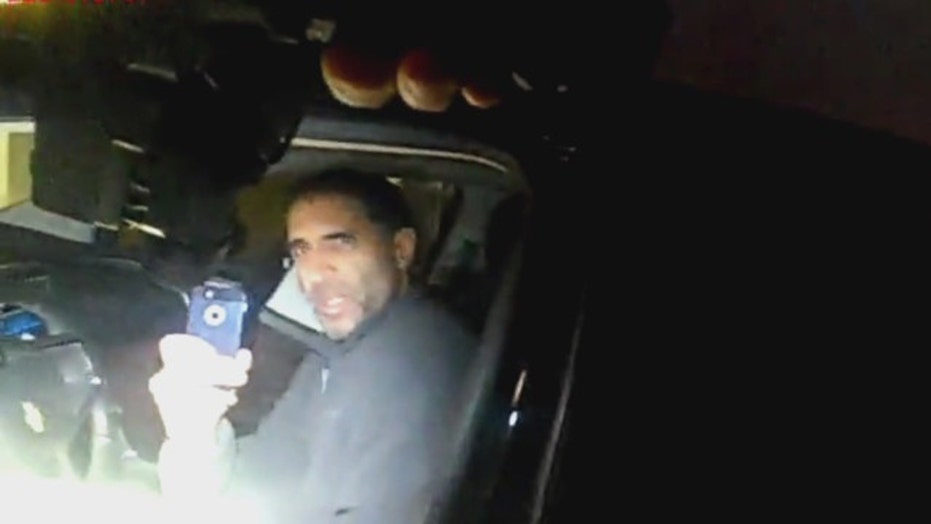 Bodycam footage shows a member of the Aurora Police Department in Colorado pointing his weapon at a doctor in an office building parking lot, according to a report.

The video captures the tense moments in March between Dr. P.J. Parmar and the officer, Fox 31 Denver reports. Parmar said he is preparing a civil rights lawsuit over the encounter.

Elijah McClain, a 23-year-old Black man, died last year in Aurora after police stopped him. The state reopened an investigation into the case amid national protests after the death in May of George Floyd, who was Black, in police custody in Minneapolis.

Parmar, who runs a medical clinic for refugees and asylum seekers, said the encounter began when he saw the officer's patrol car in a parking lot adjoning an office building he owns.

“I stopped immediately. I beeped at him to get his attention and I knew there was going to be something interesting, so I started filming him,” Parmar told the station.

In the footage, the officer is heard saying, “Let me see your f------ hands. What are you doing?” according to the station.

Parmar then tells the officer. “You’re on my property, leave,” the station reported.

The doctor told the station having the gun pointed at his head was “a mix of being scared, and it’s a mix of being annoyed and frustrated.”

AURORA POLICE IN COLORADO QUESTIONED ON USE OF FORCE DURING ELIJAH MCCLAIN PROTEST: REPORT

In the video, Parmar tells the officer to get off his property while he continues to unload some Boy Scout gear he was dropping off, the station reported. Eventually, the police leave.

The officer who confronted Parmar is facing an internal affairs investigation. Aurora PD told Fox 31 it couldn’t comment on that investigation.

The body cam footage captures Henderson telling another officer that Parmar was the instigator, the station reported.

“I was typing a report and he comes rolling in here like he’s about to assault me with his car,” the officer says, according to the station.