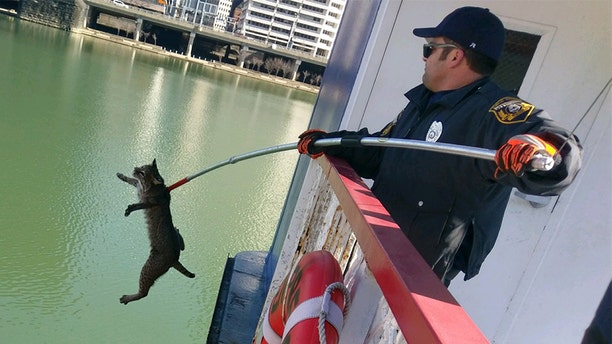 The bobcat tried to escape the boat after being found, but animal control officers were able to bring it to safety. (Courtesy Chief Mate Aaron Snider)

It turns out humans aren’t the only ones who want to see the sights of Pittsburgh.

A ship crew on a boat that offers sightseeing tours of the Pennsylvania city were surprised Sunday morning when they found a bobcat stowed away on the top deck.

“It definitely stands at the top of the list of the strangest things I’ve seen aboard our boats in my seven years of service,” Chief Mate Aaron Snider of the Gateway Clipper Fleet told Fox News. 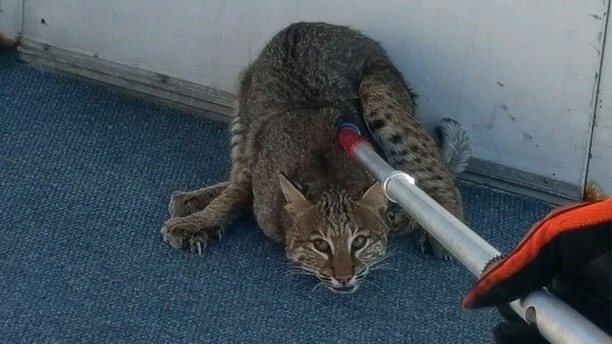 The bobcat was found on the ship's top deck during a safety inspection before passenger boarding. (Courtesy Chief Mate Aaron Snider)

The feline was found during a safety check of the Empress ship before passengers were set to board at 10 a.m.

Snider said the cat tried to jump off the deck after being found, but animal control officers were able to wrangle it to safety. 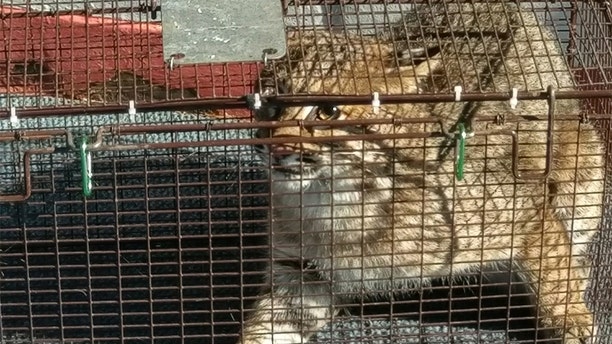 The bobcat will be released back into the wild, Snider says. (Courtesy Chief Mate Aaron Snider)

“They moved it into the cage and transported it to the wildlife center in Verona,” Snider said. “As I understand it, the bobcat will undergo a checkup there and eventually be relocated to a more suitable location than the 3rd deck of the Empress.”