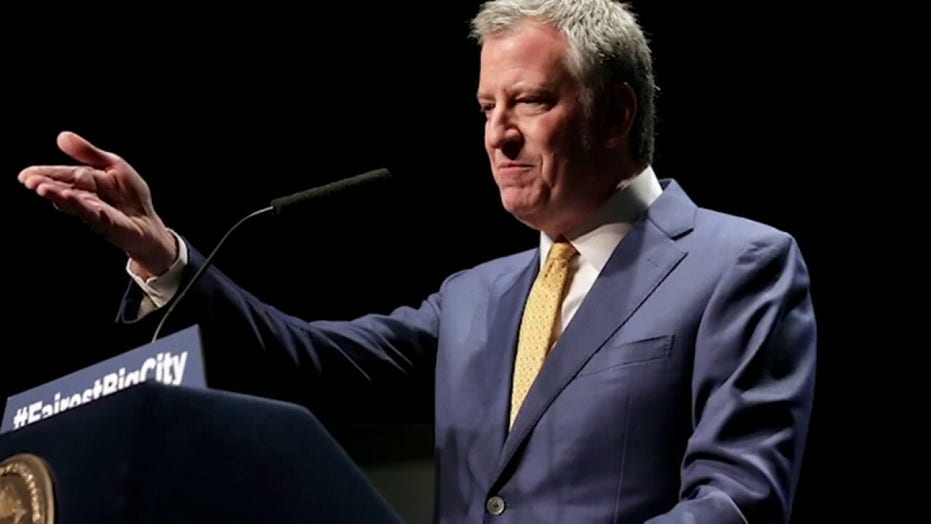 A Black Lives Matter mural in a Cleveland neighborhood meant to honor the movement and those killed by law enforcement was defaced Monday with the messages that read “stop killing each other” and “Black Lives Matter is Marxist.”

City Councilman Blaine Griffin told Fox News that around 100 artists came together over the weekend to paint the mural on East 93rd Street in the Kinsman neighborhood, which he represents on the 17-member body. The alleged vandal, he said, has conservative viewpoints and should be allowed to express them without engaging in vandalism.

"I thought that was very inappropriate, very disrespectful and I also thought it was very disingenuous for a person that knew all of these artists and all of these community residents that did this as a sense of pride, that he would come out there and impose his belief over the will of hundreds of thousands of people who have made this a regional attraction," Griffin said.

The Cleveland Police Department did not provide Fox News with a statement about the incident but told Cleveland.com the matter is being investigated as possible suspected criminal mischief, a misdemeanor.

Ricky Smith, one of the organizers of the mural, told the news outlet the man has painted over messages before.

"That one person doing something negative shouldn’t take away from the amazing work of the artists, amazing spirt of the visitors and amazing energy of everyone behind it,” he said told the outlet.

Griffin said the mural was more about speaking out against police brutality and violence. He also disputed accounts from a witness who said a police officer near the mural was asleep in his patrol car while the vandalism occurred.

He said the police department supports the mural and officers have engaged with the community.

"It's really unfortunate that people are trying to paint all of these different narratives," he said. "That is another person that imposed their beliefs, probably to try to challenge the police department."

The artists involved plan to paint over the messages, Griffin said, adding that the vandalism has resulted in further support for the Black Lives Matter movement.

"Whatever he tried to do backfired," he said. "And I think that the guy quite frankly is a selfish individual and a person who has no moral compass."

Similar murals honoring Black Lives Matter have sprouted up in communities across the country following the death of George Floyd while in Minneapolis police custody last month.