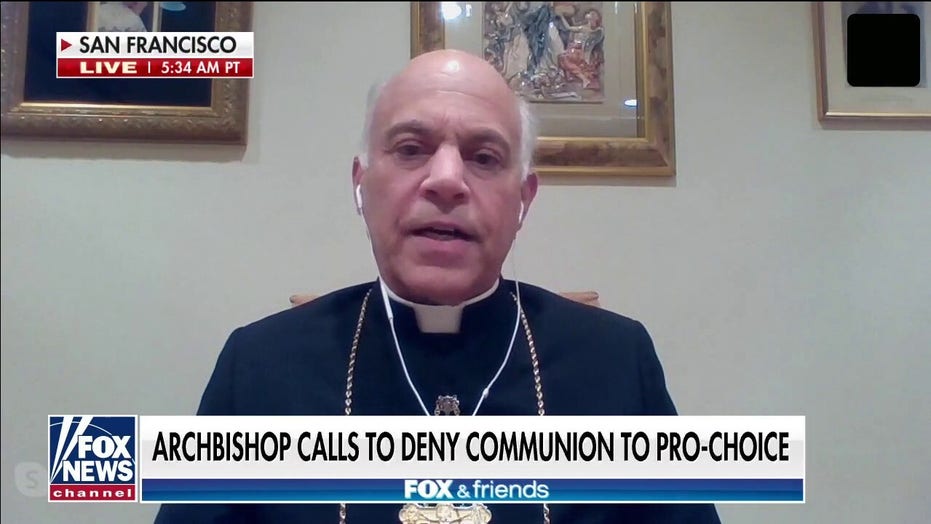 San Francisco Archbishop Salvatore Cordileone argues any Catholic who supports abortion is 'absolutely not' in good standing with the church and should not receive Holy Communion.

American bishops will discuss whether the Catholic Church should bar pro-abortion and pro-LGBTQ politicians from receiving Holy Communion.

Church leadership remains divided on the issue as Biden, only the second Catholic U.S. president, holds stances that are contrary to church teachings.

The U.S. Conference of Catholic Bishops (USCCB) will hold their annual meeting, virtually, from Wednesday through Friday, during which they will decided whether or not to ask the Committee on Doctrine to draft a teaching document on the topic of Communion, Reuters reported.

Some leaders in the church believe that Biden should not be allowed to receive the sacrament, which is central to the Catholic faith. Other high-profile politicians could suffer a similar punishment over their political stances if the debate should go in favor of such a strict move.

Archbishop Joseph Naumann, chair of the USCCB, asked last month how Biden can say he’s devout when he’s doing things that are "contrary to the church’s teaching," according to the Guardian.

Cardinal Raymond Burke, a leading conservative, went so far as to suggest that the church label such politicians as apostates, which would entail the denial of sacraments.

The USCCB's decision will not create immediate changes, instead kicking off a process of drafting documents that would eventually outline the church’s stance on the issue, as well as possible procedures to label apostates.

The Biden administration has recently lifted sanctions on federal funding for research involving fetal tissue and rescinded gag orders on organizations that refer women for abortions.