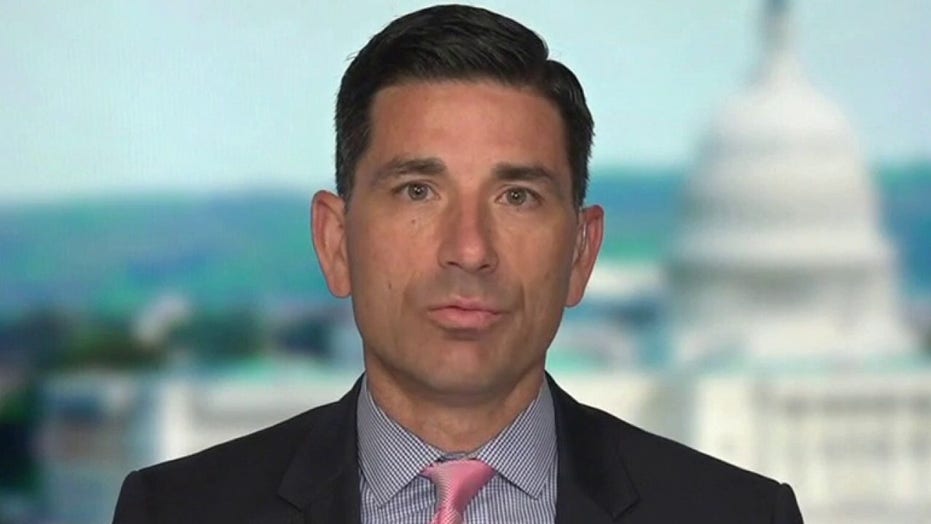 Biden is ‘fueling’ the cartels with new immigration policies: Wolf

Heritage Foundation visiting fellow Chad Wolf said Thursday that President Biden is "fueling" the cartels with new immigration policies and sending the "wrong" message as a surge in unaccompanied minors occurs at the US-Mexico border.

Wolf said that children are being held in "jail-like settings" as the influx of migrants causes a back-up, forcing HHS and Border Patrol to hold undocumented immigrants for longer than the 72-hour provisional limit.

"You need to send the right message and the wrong message is currently being sent to the traffickers, smugglers, and others," Wolf said. "There is a time to come, it’s just not now – that message is too nuanced, they’re not going to get it, and you’re seeing the numbers just increase across the board."

Wolf also commented on the t-shirts some of the immigrants are wearing, which include the Biden-Harris 2020 campaign logo and the words "let us in" written below.

Wolf suspected the t-shirts were given by NGO groups to the migrants, which he asserted was a sign that advocacy groups want undocumented immigrants to get into the country and stay there unconditionally, whether or not they have a legitimate asylum claim.

"[Advocay groups] are trying to send a political message and trying to play politics with the safety and security of that border," Wolf said. 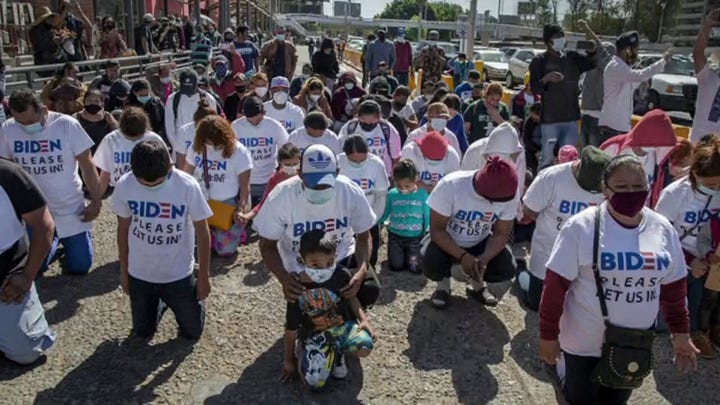 According to the Associated Press, Border Patrol agents are apprehending an average of more than 200 children crossing the border without a parent per day, but nearly all 7,100 beds for immigrant children maintained by the Department of Health and Human Services are full.

The Biden administration has also preserved a policy, imposed at the start of the COVID-19 outbreak, of quickly expelling people captured along the border and has tried to dissuade people from attempting the journey.

"This is not the time to come to the United States," White House press secretary Jen Psaki said at a February briefing. "We need the time to put in place an immigration process so people can be treated humanely."