"There will be significant population movements, fights over land, millions of people leaving places because they’re literally sinking below the sea in Indonesia, because of the fights over what is arable land anymore," he added.

Biden issued the warning during a speech to Air Force personnel stationed in the United Kingdom. The president will participate in meetings with G-7 and NATO leaders this month during his first overseas trip since entering the White House.

He made the declaration amid pressure from Republican lawmakers regarding his policy toward Russia in the wake of ransomware attacks that targeted key U.S. infrastructure, including his administration’s decision to waive sanctions on the Russia-backed Nord Stream 2 pipeline.

The president said he would speak to key European allies about a unified approach to combating climate change, which he has identified as a priority for his administration. CLICK HERE FOR MORE ON OUR TOP STORY. 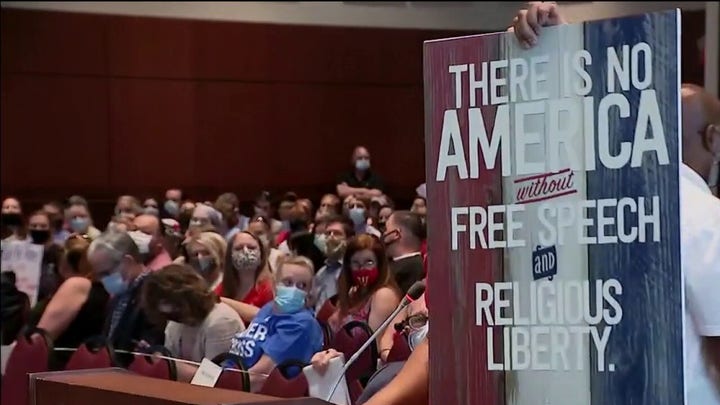 In a letter to the school board – a copy of which was obtained by Fox News – Loudoun County Supervisor Juli Briskman slams the district’s "low level of racial consciousness" and describes resistance to the CRT curriculum as "racism evolved."

"Being on the right side of history isn’t always easy," Briskman writes, in an apparent attempt to buck up the spirits of board members as they deal with community outrage.

Briskman’s letter is dated Tuesday, though it was unclear whether the letter was written before or after Tuesday’s raucous Loudoun County school board meeting – which included a fiery speech from Fairfax County teacher Lilit Vanetsyan, who urged parents to push back against any lesson plans for their children that they don’t agree with.

Vanetsyan accused proponents of CRT of attempting to turn local school districts into "indoctrination camps," with White students taught to "hate yourself because of your skin color." CLICK HERE FOR MORE.

Residents of ritzy Atlanta suburb push for separate police force as crime rages in 'war zone': neighbor
A seemingly unprovoked weekend violence spree through Atlanta’s ritzy Buckhead neighborhood has highlighted what area officials see as a need for more security and public safety protocols, as the recent crime jump has made some residents too scared to even pump gas at some places, Fox News has learned.

On Thursday, the Buckhead City Committee, formerly the Buckhead Exploratory Committee, will be demanding emergency hearings as part of its ongoing effort to become a separate entity from the city of Atlanta, said Bill White, the group’s CEO and chairman.

"Given everything that's been going on here, it's getting worse and worse and worse," White told Fox News on Wednesday. "So what we're doing because of the murders going through the roof and the attempted murders, and the lack of leadership and nothing changing – the insanity continues – is we're demanding emergency hearings on our cityhood bills."

White continued: "I say we have three major issues and that's all we have … crime, crime and crime." CLICK HERE FOR MORE. 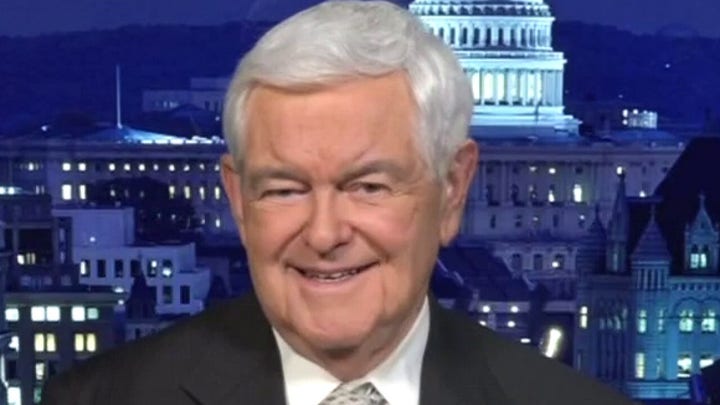 Newt Gingrich was a guest Wednesday on "The Ingraham Angle" where he blasted what he called the new generation of "left wing" Democrats whom he said have ‘contempt’ for the Constitution.

"This is enormously danger and I suspect it’s going to lead to a whole series of lawsuits because you have governors who are clearly violating the U.S. Constitution," Gingrich said, "The Constitution was written to guarantee our rights against the government. And now you have governments out here that are blocking churches from having sessions, or whether it’s dictating to people or saying which businesses can open up or which schools can open up.

"There’s something about being a liberal Democrat that just loves power," he added.