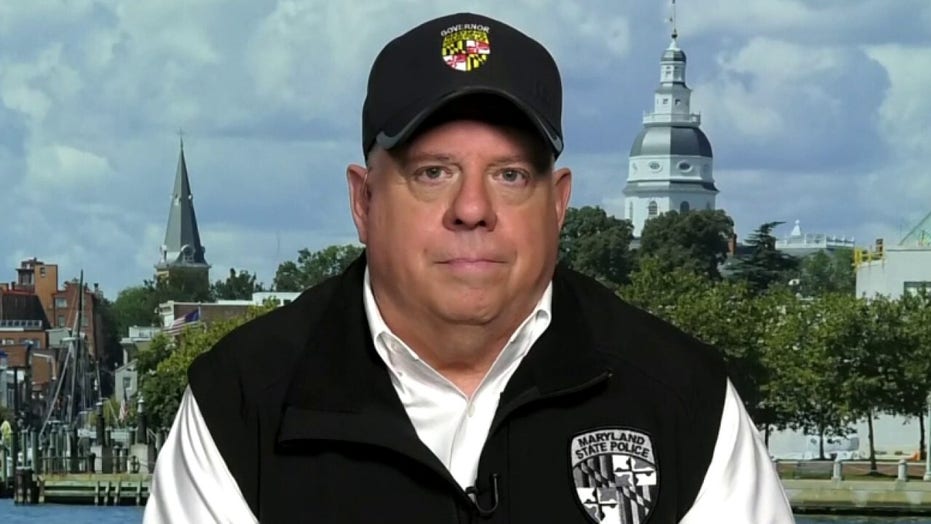 The Baltimore Police Department launched an internal investigation Tuesday into a video showing a white officer coughing outside a public housing unit without wearing his mask amid the coronavirus pandemic, according to reports.

In the video that first surfaced on social media, a woman can be heard laughing and yelling expletives at the officer, saying "Hey, Officer Friendly with the cherry cheeks."

The officer then passes by several black residents standing along the sidewalk and seems to start coughing loudly. “Black people don’t get that sh**,” she yells, a misconception debunked by public health officials.

“After watching the full video, in its entirety, it is not only disturbing, but incomprehensible, especially considering the high level of strong and clear guidance that we have provided from the beginning, regarding COVID-19,” Baltimore Police Commissioner Michael Harrison said in a statement to multiple media outlets, including the Baltimore Sun. “Members are always expected to be sensitive and professional to the community, but what we saw in the video is alarming because this pandemic is affecting lives not only nationally, worldwide, but right here in our own police department.”

Baltimore City Council President Brandon Scott said he forwarded the video to the police commissioner to demand an investigation. He addressed it in a series of tweets earlier Tuesday.

“COVID-19 is not a joke and this behavior is beyond unacceptable,” Scott said on Twitter. “When you're in public service, it's your duty to treat everyone with respect, especially when we are dealing with both a public health pandemic and a gun violence epidemic. This is not behavior that we want our police officers or any of our public servants to model to residents.

FLORIDA MAN ARRESTED AFTER ALLEGEDLY COUGHING ON CASHIER, SAYING CORONAVIRUS SOCIAL DISTANCING 'GETTING OUT OF HAND'

“Everyone can contract COVID-19 and all of Baltimore has to take this seriously and treat each other with respect.  For public servants, this means carrying out duties with safety and compassion at the forefront of all actions," he continued. “For citizens, this means adhering to the advice of public health professionals while following government guidelines issued to save lives.”

The Baltimore Police Department’s Public Integrity Bureau is investigating the incident and will review both the officer’s body camera footage and the woman’s cell phone video, Fox 46 Baltimore reported.

Harrison said 12 members of the department tested positive for COVID-19 by Tuesday, while 60 others awaited test results. Since the beginning of the pandemic, more than 300 officers were ordered to self-isolate. Some 150 officers remained quarantined by Tuesday. After three officers in the Southwest District tested positive, the department building there was closed for several days to be deep cleaned and department patrol cars parked there were sanitized.

Maryland recorded at least 5,529 confirmed cases statewide, with at least 124 deaths by 10 a.m. Wednesday, according to the state's emergency management agency website.