Civil rights groups in Baltimore voiced their opposition to a pilot program announced by the police department Friday that would involve three surveillance planes flying over the city in an effort to stem violent crime.

The American Civil Liberties Union of Maryland and the Coalition for Justice, Safety and Jobs issued a joint statement that said the program is a “fateful step” that will “impact the privacy rights of Black and Brown residents for generations to come.”

The statement said the airplanes would put every Baltimore resident under permanent surveillance. 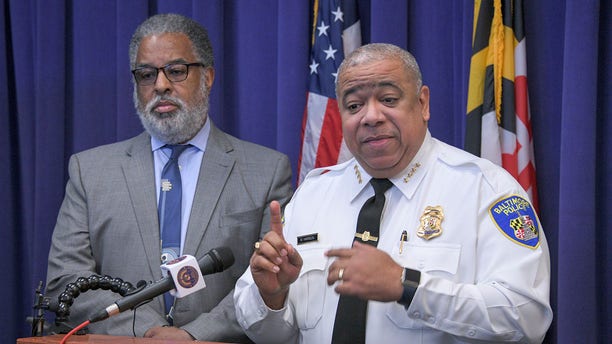 Baltimore Police Commissioner Michael Harrison, who was a previous skeptic of the program, said the test (which could last up to six months) will be “yet another tool” to fight the increasing violence in the city.

The planes will collect imagery during high crime hours, with technology developed by Ohio-based Persistent Surveillance Systems, that will be reviewed by investigators for specific crimes.

Harrison added that police will not have access to live feeds.

“We will be the first American city to use this technology in an attempt to solve and deter violent crime,” Harrison said in a news conference Friday.

The pilot program set to launch in May 2020 has been controversial since it was secretively tried three years ago by a different police commissioner.

Top officials were unaware of the program’s use in 2016 until it was reported by Bloomberg Businessweek. More than 300 hours of images were captured by the cameras. The images were primarily used to see criminals arriving to and leaving crime scenes.

“During the short test in 2016, in the equivalent of two weeks of flying, we watched five murders and 18 shootings and provided that information to investigators. We look forward to supporting the people of Baltimore in their efforts to reduce major crime and we look forward to doing so in a very open and transparent way," the company’s president said.

Harrison announced there will be a series of meetings to inform the public about the test and how it will benefit the city. The cost of the program will be covered by philanthropic funds, not tax dollars.