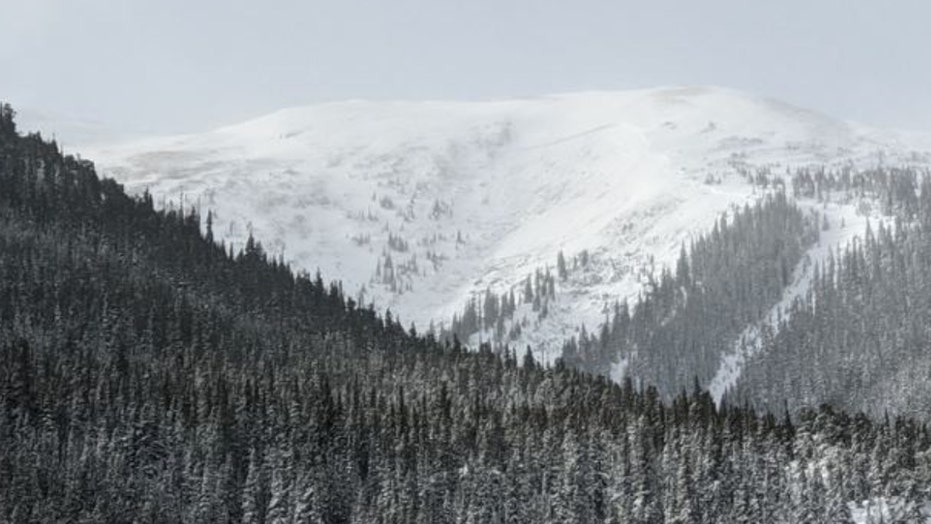 Authorities in Colorado are working to recover the bodies of two men who were trapped in an avalanche on Saturday, according to officials.

The Eagle County Sheriff's Office said in a news release Sunday the avalanche happened in the area of Muddy Paths, located north of Vail. Officials first got word of the avalanche around 4:45 p.m. Saturday.

"At this time it appears that a group of three individuals snowmobiling in the backcountry may have triggered the avalanche," the sheriff's office said. "One individual was able to free himself and contacted authorities."

As of Sunday afternoon, officials said there was an "active search and recovery mission" underway for the two men believed to have been buried in the slide.

"There are several agencies working collaboratively on this incident," the sheriff's office said.

The Colorado Avalanche Information Center warned on Sunday that the backcountry avalanche forecast in Eagle County is rated as "considerable" and that "dangerous avalanche conditions" exist in the area.

In the past three days, the CAIC said it received reports of 20 natural and human triggered avalanches "large enough to kill a person" coming in from northern and central mountains in the state.

"Some of these avalanches were even large enough to snap trees in half," the agency said.

A multi-day storm moving into the Colorado mountains on Sunday is expected to increase the avalanche danger in the state's northern mountains before the threat shifts to the central region by Monday. In some areas, officials warn that even light new snow totals may trigger "some very large avalanches."

“The best way to manage your risk is to make conservative terrain choices and stay aware of the terrain that lurks above you,” CAIC wrote in a Facebook post. “This advice may seem conservative to some of our users, but the bottom line is, we’re worried.”