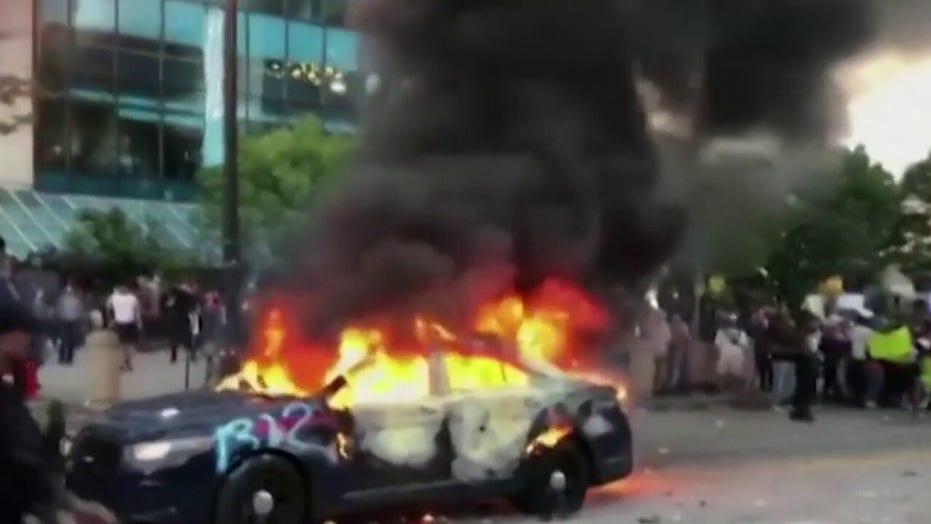 A police officer in Atlanta was seriously injured after being hit by an ATV during a second night of demonstrations over the death of George Floyd, according to officials.

The Atlanta Police Department said on Twitter the incident happened around 10:30 p.m., after a person was riding in the area struck the officer on the 200 block of Ted Turner Drive in the city's downtown.

"I thought he was dead," Tony Heard, who witnessed the incident, told FOX5.

The officer had been stationed at the intersection to block traffic from going onto Marietta Street as protests continued in downtown Atlanta when an ATV sped past.

A few moments later, police told FOX5 the ATV returned to the intersection and hit the officer.

A police officer in Atlanta was seriously injured after being struck by an ATV on Saturday night during protests in the city. (FOX5)

Officials have not yet said if the incident was intentional. The person on the ATV sustained minor injures and was taken into custody. The rider has not yet been charged.

The officer, an 18-year veteran of the department, sustained significant injuries to his legs and was taken to Grady Memorial Hospital. He underwent surgery, but his condition was reported to be stable as of Sunday morning.

Police told WSB-TV the officer was trying to keep protesters from being hit by cars who were lingering in downtown Atlanta after a 9 p.m. curfew.

The incident happened the second night of protests that turned violent in Atlanta. Atlanta Mayor Keisha Bottoms said Sunday that 157 people were arrested Saturday night, and she will decide whether to extend a nighttime curfew.

Atlanta police made arrests after protesters threw rocks at officers and broke windows in the downtown area.

The curfew was imposed after demonstrations Friday night turned violent with people setting fires and smashing windows at businesses and restaurants.

An Atlanta Police Department vehicle burns during a demonstration against police violence, Friday, May 29, 2020 in Atlanta. (AP Photo/Mike Stewart)

Georgia Gov. Brian Kemp is expanding a state of emergency to authorize the deployment of up to 3,000 National Guard troops to protests in cities across the state.

Kemp said he was prepared to send Guard soldiers to Athens, Savannah and any other Georgia cities where demonstrations were planned Sunday. 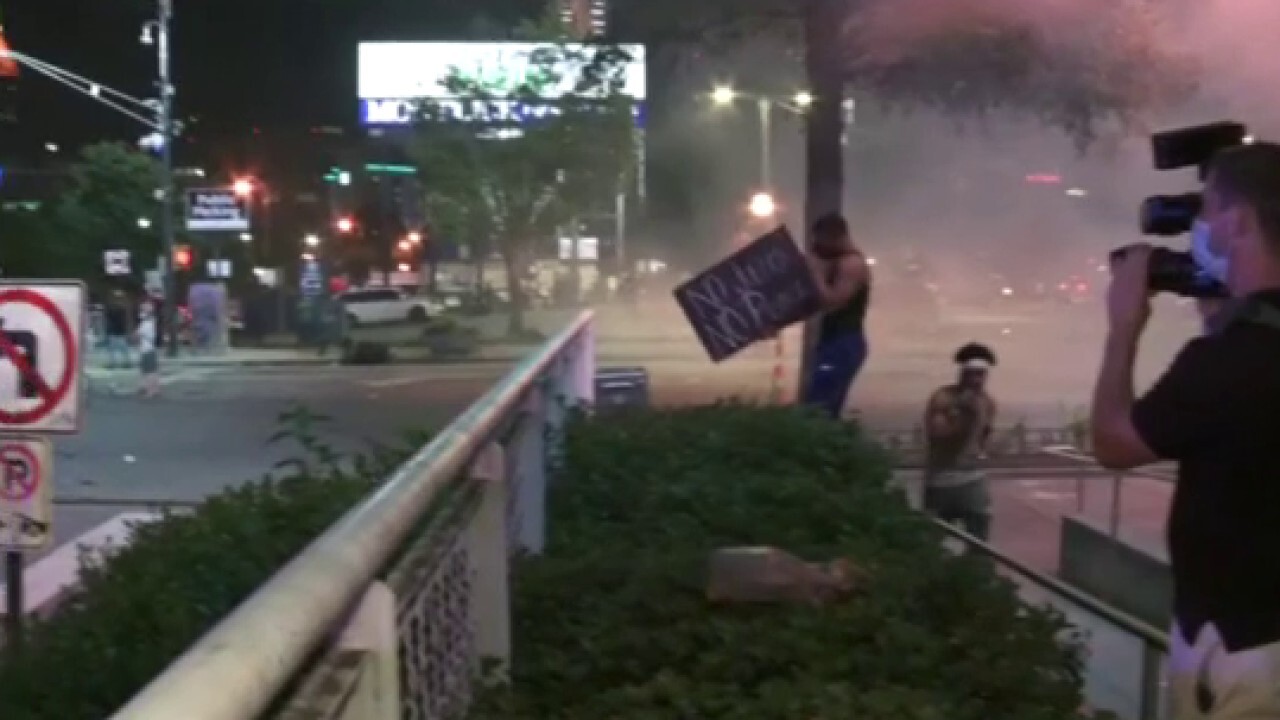 “Hopefully we don’t have to,” the Republican governor told WSB-TV late Saturday.

Kemp had already approved up to 1,500 Guardsmen to help enforce a 9 p.m. Saturday curfew in Atlanta.

“The protesters need to know we’re going to support their efforts in a peaceful, nonviolent protest,” Kemp said. “The agitators need to know that we’ll be there ... to take them to jail if they’re destroying lives and property.”