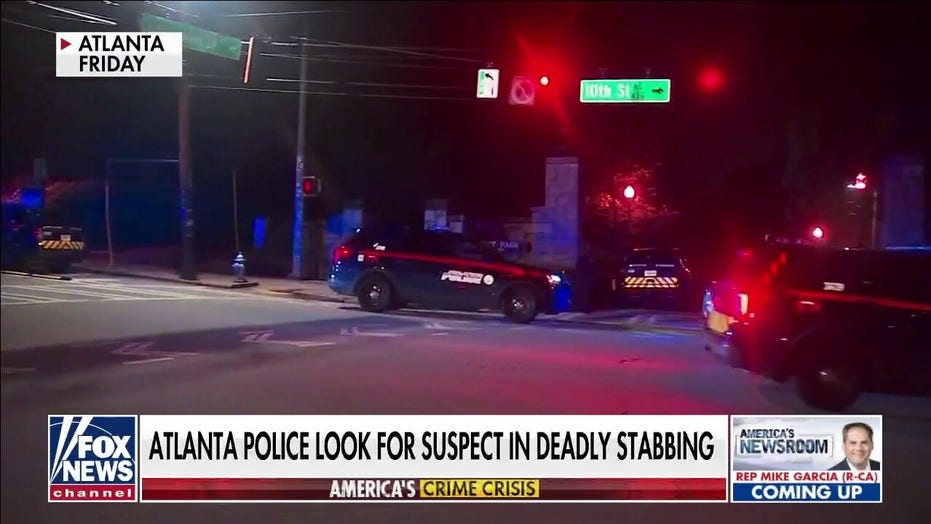 As Atlanta police continue hunting the killer who stabbed to death Katherine Janness in the city’s Piedmont Park, investigators have released the frantic 911 call of her girlfriend who made the gruesome discovery of Janness’ body.

As Atlanta police continue to hunt the killer who stabbed a woman and her dog to death in a city park last week, investigators have released the chilling 911 call that the victim’s girlfriend made when she discovered her body.

"Sir, I’m at the entrance of Piedmont Park," a frantic Clark told the 911 dispatcher. "I just was searching for my girlfriend because I couldn’t find her. She’s dead! She’s here at Piedmont Park. Please help."

Katherine Janness, 40, and her dog Bowie were both killed inside Piedmont Park in the city’s Midtown neighborhood on July 28. Janness’ partner, Emma Clark, discovered the bodies around 1 a.m. after going looking for Janness, who had taken her dog for a walk after dinner and never returned.

Janness, 40, and her dog Bowie were identified as the victims of a brutal stabbing Wednesday in Midtown Atlanta's Piedmont Park on July 28. (Atlanta Police Department)

Police redacted parts of the call but Clark can be heard crying and breathing heavily as she answers the dispatcher’s questions.

"Did you just see that?" Clark can be heard asking someone nearby. "That’s my f------ girlfriend." The bystander can be heard yelling in the background.

Police released the 911 call on Wednesday.

Police have described the scene of the stabbing as "gruesome," but have released little other information since the killing.

Investigators on Tuesday released images of potential witnesses seen near the park at the time of the killing. Police said they hope these individuals may have seen something that can help in the investigation.

The FBI is assisting Atlanta police in the investigation.

The homicide "was so unique that I felt that we needed to collaborate with as many resources as we possibly can," said Atlanta Police Chief Rodney Bryant during a briefing on Tuesday.

Detectives have also gone door-to-door in neighborhoods near the park, asking neighbors and businesses for surveillance footage. Police have said that all nearby cameras under their control were operational at the time of the killing and investigators are reviewing all footage. 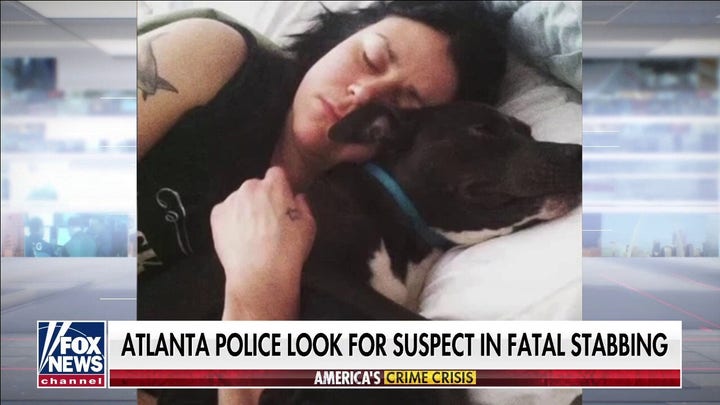 Police have yet to determine a motive. No names or images of a potential suspect or person of interest have been released as of Thursday.

Officials this week have dispelled rumors that the murder in Piedmont Park was connected to another murder at a local park 20 miles away after false information of a serial killer was spread on social media.

"I know there have been several rumors that there is a serial killer on the loose in our city," Mayor Keisha Lance Bottoms said at the briefing. "We don’t have any evidence of that."

Atlanta has been on edge recently amid a citywide rise in crime.

As of July 24, murders in Atlanta were up 11% citywide year-to-date compared to 2020, with 83 reported so far this year, police statistics show.

Authorities are offering a $10,000 reward for information regarding Janness's murder. The animal rights group PETA is offering its own $10,000 reward.