Atlanta child murders evidence to be re-examined by investigators

Four decades after the Atlanta area was rocked by the killings of more than 20 children and young adults, officials announced Thursday they plan to re-test evidence from the cases.

Atlanta Mayor Keisha Lance Bottoms and Atlanta Police Chief Erika Shields, speaking at a news conference, said that technology has changed "considerably" since the murders and could finally give families of the unsolved killings a definite answer as to who was behind the slayings of their children.

"It may be there is nothing left to be tested," Bottoms told reporters. "But I do think that history will judge us by our actions and we will be able to say we tried."

Altogether, 29 people — all of them black, most of them boys — were killed in the Atlanta area between 1979 and 1981. The man suspected in the killings, Wayne Williams, was only convicted of killing two men.

Williams, who is black, was convicted in 1982 and is serving a life sentence in connection with the two killings. Authorities said that animal and other fibers linked Williams to the two killings based on technology at the time of the trial. He has maintained his innocence, saying he was framed and that Atlanta officials covered up evidence of a Ku Klux Klan role in the killings to avoid a race war in the city. 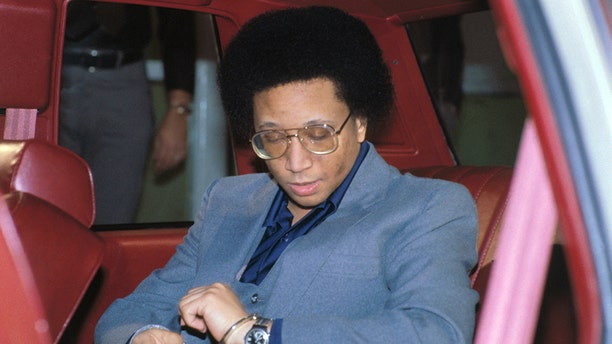 Accused in Atlanta child murders, Wayne Williams is in handcuffs as he leaves a car for his court trial in 1982. (Getty Images)

Bottoms stressed that authorities are not officially re-opening the case, but working with the Georgia Bureau of Investigation to look at "every single thing we have that is related to this case" in order to give the case a fresh look.

"Even though there is evidence tying Williams to these 22 children, he was only ever tried on the cases of two murdered adults," Shields said. "This has caused some of the victims’ families to believe that they were never afforded justice.” 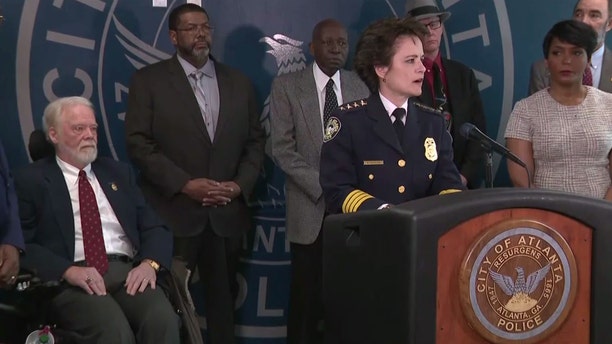 Atlanta Police Chief Erika Shields said that that officials plan to "painstakingly" go through all of the boxes of evidence. (FOX5)

The effort will involve Atlanta Police, the Georgia Bureau of Investigation and the Fulton County District Attorney’s Office, according to FOX5.

Bottom's announcement came a week after she announced during her State of the City address that she is looking to form a permanent memorial to honor the murdered children and adults. Reexamining the evidence also comes ahead of a documentary on the cases that will soon air on the Investigation Discovery Channel, according to The Atlanta Journal-Constitution.

The chief said that officials plan to "painstakingly" go through all of the boxes of evidence to see if anything can be retested or if there may be any evidence that has never been tested because the technology did not exist at the time.

“The fact that I had to work to find out where the evidence was is indicative that no one has gone through it exhaustively,” Shields told reporters. “We need to exhaustively go through it and say, could this be looked as evidence?” 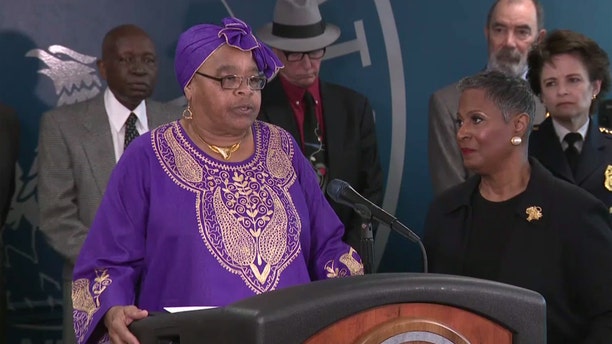 Catherine Leach, whose son Curtis Walker was among those murdered, said she just wants "some closure." (FOX5)

Howard added the case will be the first one handled by his office’s Conviction Integrity Unit, which will allow family members and others to make an application to review a case to see if a conviction is justified.

For Catherine Leach, whose son Curtis Walker was among those murdered, she said she still doesn't have closure after almost 46 years.

“It seems like the Atlanta Missing and Murdered Children have been forgotten in this city. We want some closure," she told reporters. "I want to know who killed Curtis. His case is still sitting on the shelf, getting dusty and rusty.”