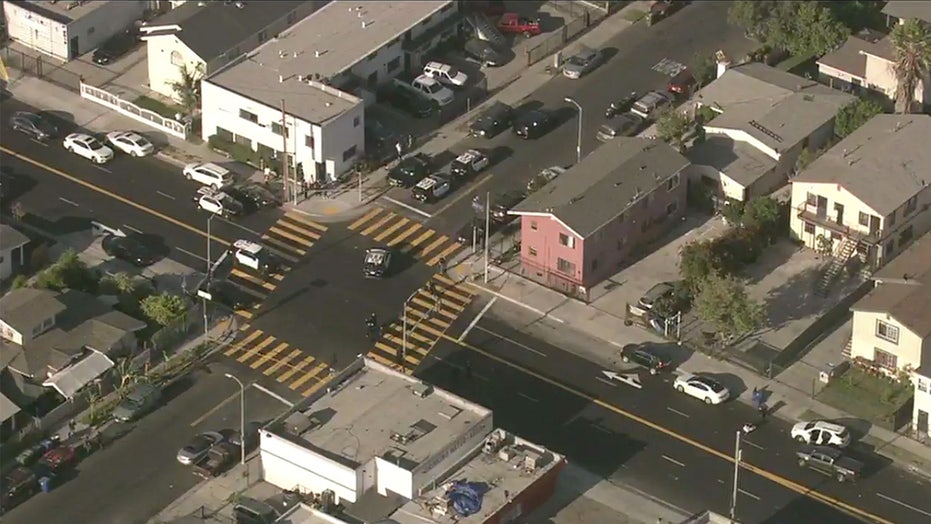 It happened just a few blocks away from the city’s landmark Union Square shopping district just before 5 p.m., authorities told FOX 2 of the Bay Area.

Both victims were rushed to a hospital. Their conditions were not immediately disclosed.

The unidentified suspect -- described as a San Francisco resident -- fled before police arrived, and the search ensued. He was arrested around 7 p.m. local time, police said. Charges were pending and a motive had not yet been determined, police said.

Authorities were asking anyone with information to contact the San Francisco Police Department’s tip line at 1-415-575-4444 or Text a Tip to TIP411 and begin the text message with SFPD.

The stabbings came amid a spike in anti-Asian hate crimes across the country.

In late March, horrific video showed an Asian woman being punched, robbed, and then dragged by a vehicle in a San Francisco neighborhood in broad daylight.