They're small, they're hungry and they're coming for lawns across the U.S.

Fall armyworms are on the march, turning green lawns brown across the Northeast, Midwest, South and Southwest.

According to The Smithsonian Magazine, the insects are attacking at an "unprecedented" rate due to weather patterns.

The seasonal armyworms, the publication reports, can travel up to 500 miles in 24 hours, getting into the jet stream and dropping down.

The female armyworms can lay up to 1,000 eggs in masses on suitable host plants or other indiscriminate surfaces, according to Texas A&M's Aggie Turf.

According to the university, development from eggs to full-grown larvae takes two to three weeks before the larvae burrow in the soil and emerge as adults up to two weeks later.

Damage from the pests first appears like drought stress as the armyworm larvae strip tissue from turfgrass leaves.

"Damage may initially resemble drought stress, but will progress to complete loss of foliage if numbers are sufficient and the turfgrass is left untreated. There may also sometimes be a distinct line between damaged and undamaged areas," the Aggie Turf website reads. "Healthy and actively growing bermudagrass typically recovers after infestation and defoliation due to its aggressive rhizomatous and stoloniferous growth habit. However, newly established bunch-type grasses, such as ryegrass or fescue, may be stunted or killed by armyworm feeding."

Armyworms attack many different kinds of plants – especially when food is scarce.

Experts advise careful monitoring for the pest due to the rapid nature of its destruction. 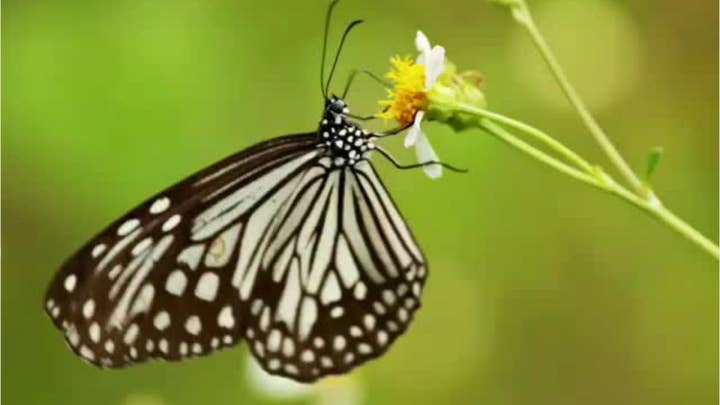 Predators, parasites and diseases are effective against armyworms – most active during the early morning or late evening – and the approximately 1.5 inch-long caterpillars can be fought with specific insecticides including halofenozide and spinosad.

"Bacillus thuringiensis (Bt) products are widely available and will selectively control small armyworm larvae without harm to beneficial insects; however, Bt residues does not last on turf for more than 1-2 days. Conventional insecticide choices for armyworms in lawns include bifenthrin, carbaryl, esfenvalerate, permethrin and others," Texas A&M AgriLife Extension notes.

However, the insects are resilient.

"Watch for a second round of eggs, then counterattack as they hatch. Unfortunately, your grass is pretty much a goner no matter what," The Smithsonian Magazine warned.