An investigation is underway in Arizona after a U.S. Army soldier died during a military parachuting “free fall” parachute training exercise Tuesday, according to a report.

The death of the soldier, who was not identified, happened near Eloy, Ariz., Army Special Operations Command spokesperson Lt. Col. Loren Bymer told FOX 10 of Phoenix. 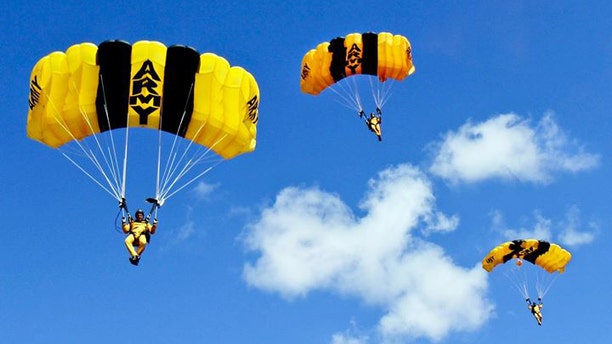 No additional information was immediately provided about the deadly incident because it remains under investigation, Bymer said.

Last February, three Army soldiers were injured during a similar training exercise at Homestead Air Reserve Base near Miami. The soldiers were part of the Golden Knights parachute team based at Fort Bragg, North Carolina.