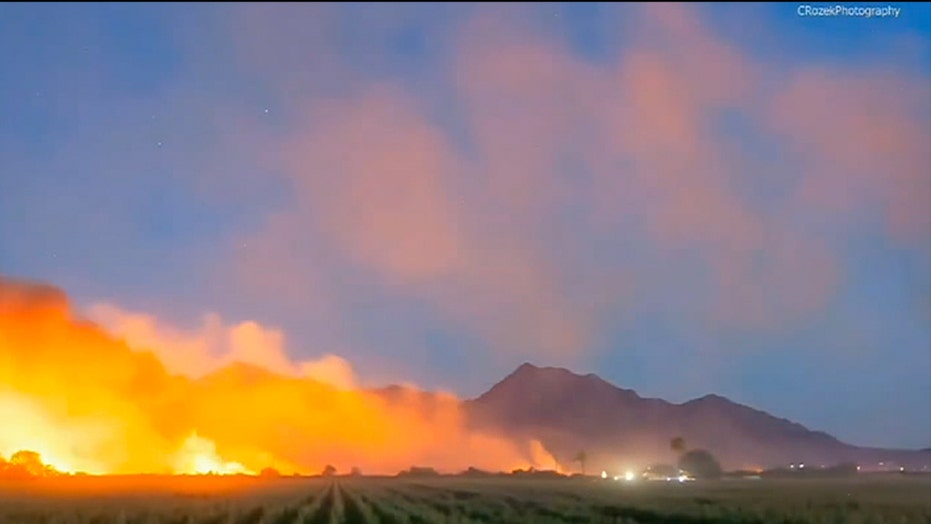 A time-lapse video shows the Avondale Fire growing southwest of Phoenix before it was fully contained.

A wildfire that broke out southwest of Phoenix last weekend can be seen exploding in size in a time-lapse video of the blaze.

The Arizona Department of Forestry and Fire Management said on Tuesday that the Avondale Fire was 100 percent contained after burning more than 800 acres.

The blaze began on June 26, burning close to the Estrella Mountains in Avondale.

Footage of the fire uploaded to Twitter showed it raging, throwing off large flames and plumes of smoke that vary in color from black to pink. It was created locally by C.Rozek Photography.

The rapid spread of the blaze spurred evacuations that were later lifted, FOX10 reported.

The Avondale Fire quickly spread on Friday night, burning some 800 acres before it was fully contained by Tuesday. (AZ State Forestry)

No buildings were damaged and no one was hurt in the blaze. Officials said the cause remains under investigation. 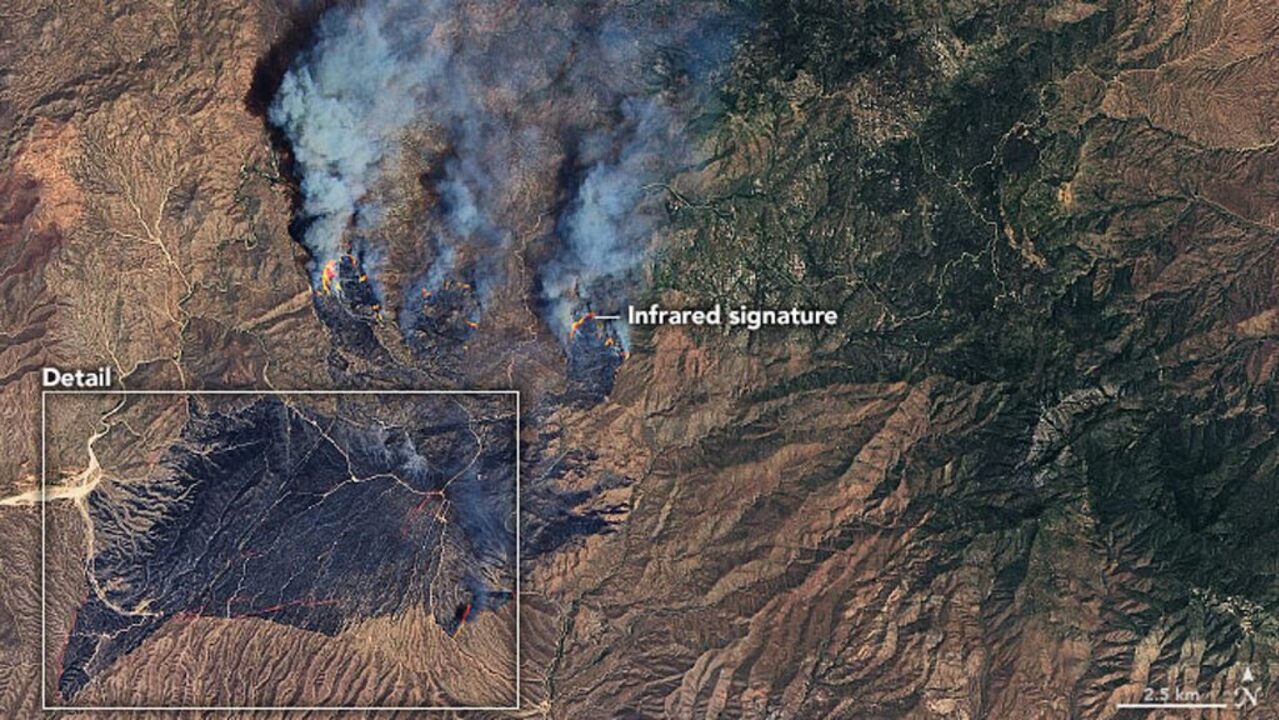 The fire southwest of Phoenix was the latest in a number of blazes that erupted last month across Arizona amid dry, hot weather.

The biggest fire burning in the country, the Bush Fire northeast of Phoenix, is now 98 percent contained, according to the InciWeb incident information system.

The Bush Fire has burned 193,455 acres and is the fifth-largest fire in state history. The Bighorn Fire north of Tucson burned 118,370 acres and is now 54 percent contained.

In the northern part of the state, the Mangum Fire is 67 percent contained after burning about 71,450 acres.

The north rim of the Grand Canyon reopened to visitors after roadways that were closed due to the wildfire near the park reopened Tuesday.

"The North Rim will open for day use only and visitors are encouraged to be self-sufficient as services may be limited on the Kaibab Plateau following the Mangum Fire," the National Park Service (NPS) said in a news release.