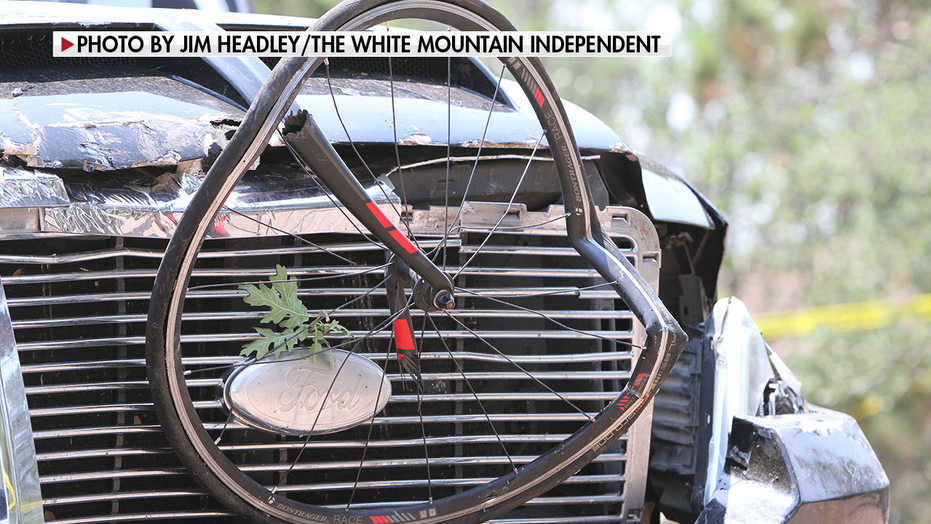 More than a half dozen people were critically hurt in Arizona Saturday morning after police say a man slammed a full-sized pickup truck into a pack of cyclists taking part in a charity race to raise money for a local Christian school.

At least nine riders were injured after a driver slammed into them in Show Low, Ariz., before police shot him, according to authorities. The suspect was also in critical condition.

The suspect, a 35-year-old White male, tried to evade responding officers, who shot him a little over a mile away. He was also in critical condition.

"Our community is shocked at this incident and our hearts and prayers are with the injured and their families," the Show Low Police Department said in a statement.

The Show Low Police Department urged drivers to avoid the area of Highway 60 near Horne Auto Collision Center as they investigated the crash.

The Navajo County Sheriff’s Office and Arizona Department of Public Safety were assisting in the investigation.

This was the first Bike the Bluff event since the coronavirus pandemic after last year’s race was canceled over health concerns.