The Pacific Northwest Youth Liberation Front, a group comprised of anti-capitalist and anti-fascist teens, has been blamed for playing a major role in the weeks of unrest unfolding in Portland, a report Sunday said.

Mayor Ted Wheeler, a Democrat, took to Twitter late Sunday night to essentially give an update on the city’s condition as violent protests continue. Wheeler pointed to one protester who suffered a gruesome injury on Saturday night that prompted the U.S.  Marshals Service to investigate, and he appealed to the public for calm. 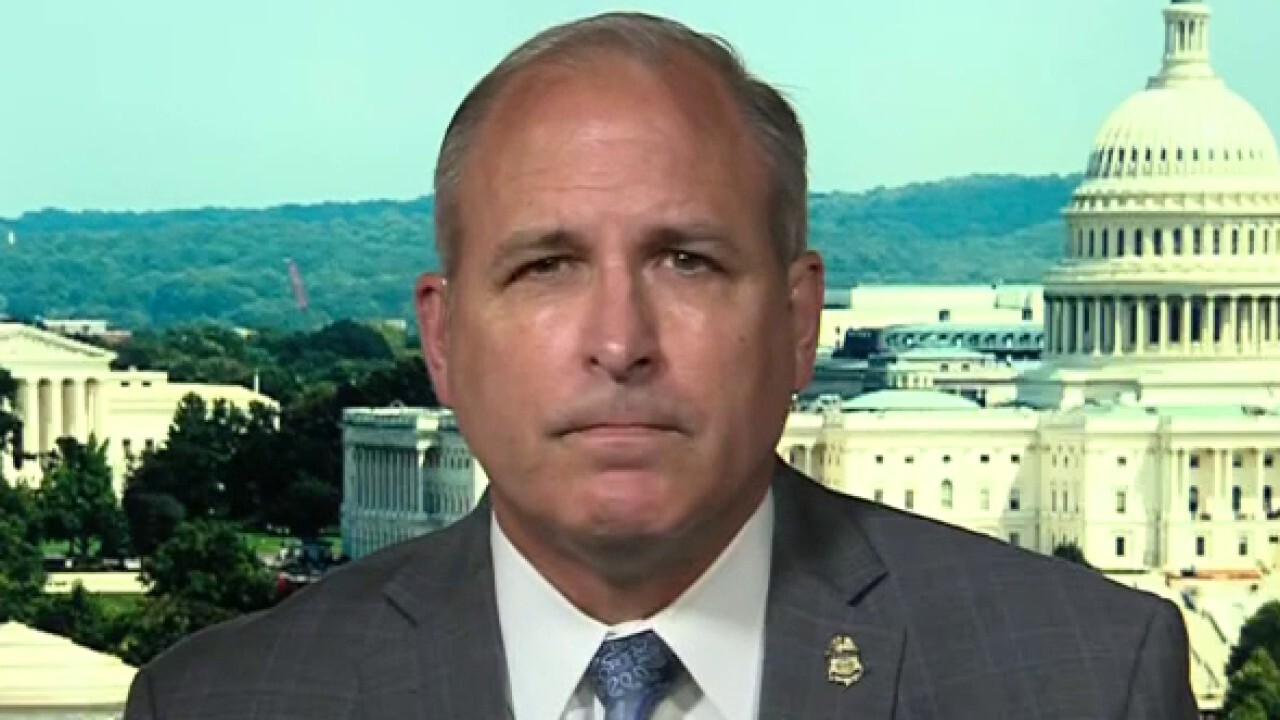 “We are now more than a month and a half into witnessing nightly violence on our streets,” he tweeted. “Portland continues to be used as a staging ground for violence night after night. This is causing unprecedented harm to our communities, livelihoods, and Portlanders continue to fear for their safety. My main concern is this: that the continuing violence will lead to further injuries or even deaths.”

Some users who responded to his tweet implored him to publicly identify the groups behind the unrest. But the Seattle Times identified one of these groups in a  lengthy article that is “emerging as a persistent militant voice” in the city. The group reportedly effectively employs social media and even provides protesters with tactical advice.

The Portland Police Department did not immediately respond to an after-hours email from Fox News.

In this photo provided by Doug Brown, agents from different components of the Department of Homeland Security are deployed to protect a federal courthouse in Portland, Ore., on Sunday, July 5, 2020. (Doug Brown via AP)

The paper reported that the group has anonymous leaders and considers itself anti-fascist and anti-capitalist. One of its goals is to upend the U.S. political system. The paper made clear that the group is not the only one behind organizing these rallies.

The group’s unverified Twitter account has over 21,000 followers and says it’s a “decentralized network of autonomous youth collectives dedicated to direct action towards liberation.”

Early Monday, the group tweeted, “The Feds and Portland Police are very quickly finding out that if they build a fortress and use literal siege tactics, the People will put their f---ing fortress under siege.”

Portland remains a hotbed for violence while other cities in the U.S. have managed to calm some of the unrest in light of George Floyd's death in police custody in May.

In this July 2, 2020 photo released by the U.S. Attorney Office in Oregon and taken from security cameras, officers with the Federal Protective Service can be seen, top right, holding their shields up and guarding the doorway of the Hatfield Federal Courthouse after the glass door shattered.. (U.S. Attorney's Office District of Oregon via AP)

On Friday night, a federal officer was struck in the head and shoulder with a hammer during protests outside the Mark O. Hatfield U.S. Courthouse. The hammer-wielding suspect made a hole in the door before “deliberately” hitting a federal officer in the head and shoulder with the tool, police said. The Seattle Times reported that damage to the nearby Justice Center building will approach $300,000.

One protester told the paper, “With real change comes a lot of collateral damage.”

Much remains a mystery about the group. Last month, the group reportedly posted on Instagram that it was forming the “Patrick Kimmons Autonomous Zone” in front of Wheeler’s apartment, according to KATU. But the report said police acted quickly and tore down barriers before the protest could take hold. The zone appeared to be inspired by Seattle’s CHOP, which was recently removed by city police.

Last month, OregonLive.com published a profile on the group but no one from the group responded to the paper for the article. There are no public leaders and it is unclear if there are even members, the paper said.

The Seattle Times reported that, at times, the group’s motivation appears to be at odds with the Black community in the city. The paper described a scene were Black leaders in June denounced arson at one of the locations.