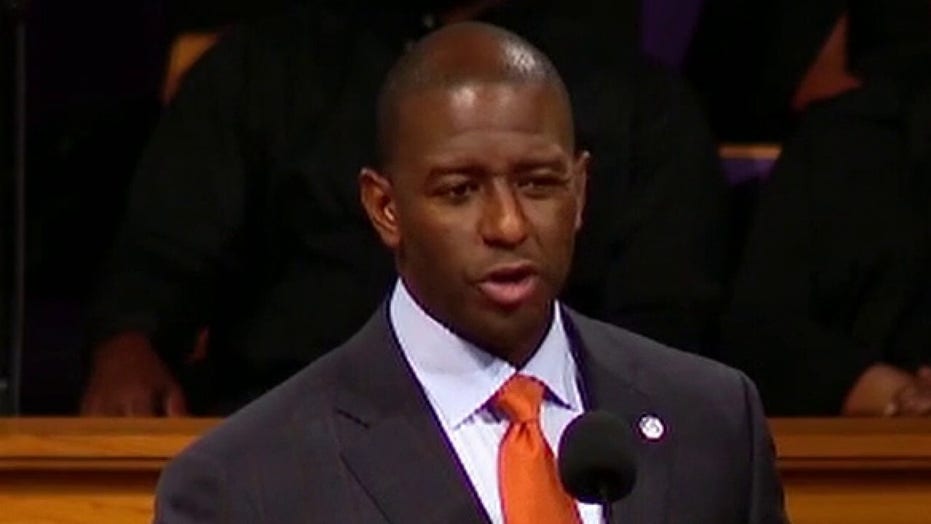 Former candidate for Florida governor Andrew Gillum, who was named in a police report Friday saying he was “inebriated” and initially unresponsive in a hotel room where investigators found baggies of suspected crystal methamphetamine, announced Sunday that he will enter rehab and step back from politics for the time being.

"After conversation with my family and deep reflection, I have made the decision to seek help, guidance and enter a rehabilitation facility at this time. This has been a wake-up call for me. Since my race for governor ended, I fell into a depression that has led to alcohol abuse. I witnessed my father suffer from alcoholism and I know the damaging effects it can have when untreated. I also know that alcoholism is often a symptom of deeper struggles. I am committed to doing the personal work to heal fully and show up in the world as a more complete person,” Gillum, a Democrat and CNN contributor, said in a statement.

He added: "I now need to firmly focus on myself and my family. I will be stepping down from all public facing roles for the foreseeable future. I want to apologize to my family, friends and the people of Florida who have supported me and put their faith in me over the years. I ask that you respect my and my family’s privacy during this time. Thank you."

Gillum, the former Tallahassee mayor who ran for governor in 2018, was not charged with any crime. The Miami Beach police report said police let Gillum leave the hotel for home after medics checked him out.

Gillum, 40, said in a previous statement that he was in Miami Beach for a wedding and did not use illegal drugs. “While I had too much to drink, I want to be clear that I have never used methamphetamines,” Gillum said. “I apologize to the people of Florida for the distraction this has caused for our movement.”

According to police, fire rescue crews were called to the Miami Beach hotel around 1 a.m. Friday regarding a suspected drug overdose. Police say Gillum and two other men were in the hotel room.

“Mr. Gillum was unable to communicate due to his inebriated state,” the police report said.

Gillum had stable medical signs when authorities returned for a welfare check and was allowed to leave the hotel for home, the police report added.

Gillum was the first black nominee in a major political party to run for governor in Florida. He lost narrowly to Republican Ron DeSantis in the 2018 election.

Since then, Gillum has mounted an effort to register Democrats in Florida for vote and frequently has appeared on CNN as a commentator.

In 2019, the Florida Commission on Ethics found probable cause that Gillum violated state ethics laws when he accepted gifts during out-of-town excursions with lobbyists and vendors and failed to report them. This included tickets to a performance of the musical “Hamilton.” A settlement of $5,000 was agreed upon in that case.