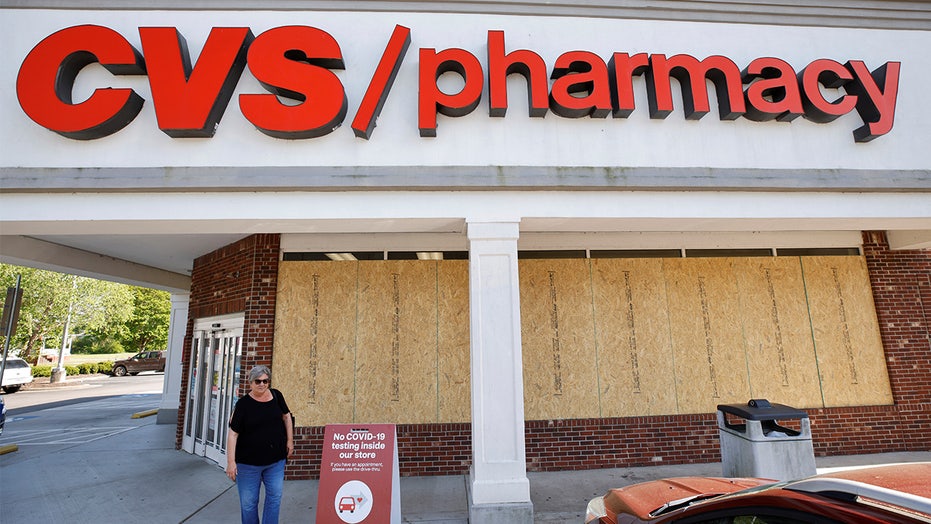 Social justice activists in North Carolina’s Elizabeth City are circulating a petition to remove police from the area as small business owners are losing earnings due to the same curfews and protests that have prompted officials to seek outside help from other jurisdictions.

The city has seen nightly protests since the police-involved slaying of Andrew Brown Jr., a Black man who was fatally shot in the back of the head as deputies were trying to arrest him.

The Change.org petition is demanding that out-of-town officers who were sent to aid local police responding to nightly unrest be kicked out of the dorms at Elizabeth City State University, a local historically black college, or HBCU.

A shopper leaves a store with windows boarded up in anticipation of possible looting or vandalism following the killing of Andrew Brown Jr. by sheriffs last week, in Elizabeth City, North Carolina, U.S. April 27, 2021. (REUTERS/Jonathan Drake)

"It is inappropriate for an HBCU to use its resources to aid in the police's efforts to pacify a righteously angry and grieving community," the petition argues. "It furthermore sends a message that the university is supporting the same public agencies that are a direct threat and danger to the Black students that attend this school."

The petition garnered about 450 signatures in the city with an estimated population of over 17,000 in its first six hours.

The university announced it would be hosting officers in vacant residential units in a statement Wednesday, prompting immediate pushback on Twitter and then the petition the following day. ECSU did not respond to a request for comment on the petition.

But others have voiced support for the move – including Dr. Peter Eley, a Black professor who is chair of the ECSU Foundation, and Rene Borghese, the administrative director of Duke Life Flight and a Republican congressional candidate.

ANDREW BROWN JR. SHOT IN 'BACK OF THE HEAD,' DEPUTIES CARRIED OUT 'EXECUTION,' ATTORNEYS, FAMILY CLAIM

Eley noted in a Twitter thread that the university is public property and justified in hosting police from other jurisdictions, and Borghese praised the HBCU for taking on the officers.

"Elizabeth City State University is doing the right thing by housing those that risk their lives every day to protect our businesses, families and schools," she said. "We can have a reasonable discussion about how we fix the issue without violence and completely vilifying a group of people." 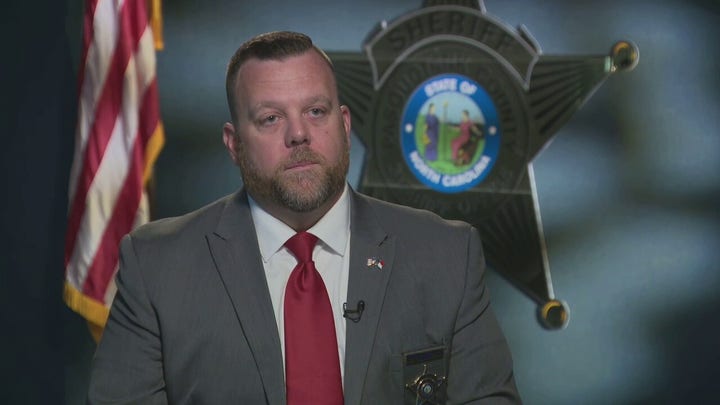 Some business owners told local media the protests were a worthy cause that justified early closures so their employees could participate – while photos show others boarded up their windows to ward off vandals and looters, despite the peaceful nature of demonstrations so far.

Prosecutors and Brown’s family have disputed some facts of the case. District Attorney Andrew Womble argued that family members who claimed Brown had been "executed" were giving "patently false" remarks about the bodycam video they were shown.

Although the fatal bullet struck Brown in the back of the head, Womble said, he "made contact" with officers with his car twice before they opened fire.

Police were seeking to arrest him on felony drug warrants. Seven Pasquotank County sheriff’s deputies were placed on leave in the wake of the shooting -- but four have since returned after the local sheriff said they had not fired any shots.

And the FBI has opened a federal civil rights investigation.