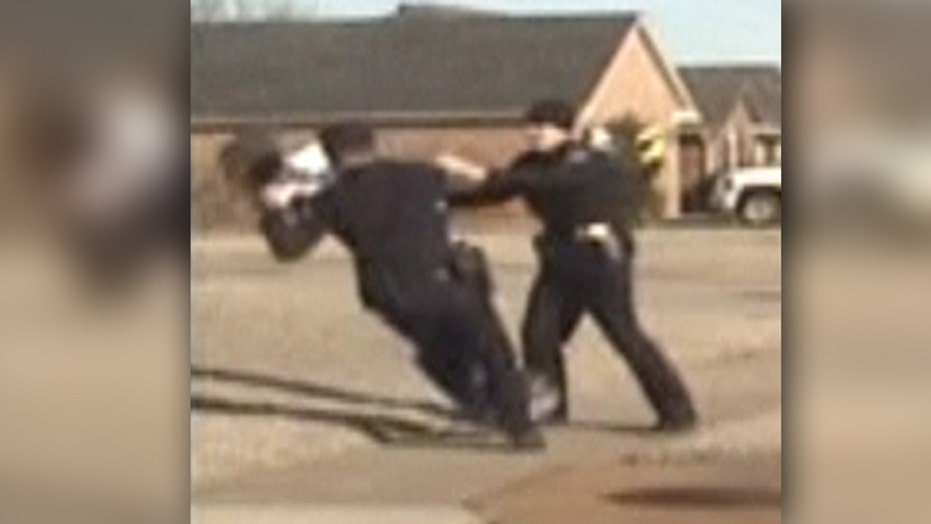 MADISON, Ala. – Authorities have arrested a North Alabama police officer accused of badly injuring an Indian man who was visiting relatives in the state and the FBI has opened an investigation.

Madison Police Officer Eric Parker was charged with assault after responding to a call on Feb. 6 about a suspicious person walking onto driveways and looking into garages, department officials said in a statement.

Officers stopped Patel, 57, and tried talking to him but he spoke little English, authorities said.

Officers tried patting Patel down but he put his hands in his pockets and pulled away, police said. A video released by police shows an officer throwing Patel to the ground. Later, after Patel was in cuffs, the video shows officers trying to lift him to his feet but Patel's knees buckle and the officers help him back to the ground. Officers then try to clean him up, picking things off of his clothing. Patel was taken to a local hospital, police said.

When Patel was stopped, he told police "no English," and repeated his son's house number, family attorney Hank Sherrod Sherrod told Al.com. Sherrod says Patel was accosted because of his brown skin.

Chirag Patel has told local news media that his father has only been to America once before and is visiting to help care for his grandson while Chirag Patel pursues a graduate degree.

"He was just walking on the sidewalk as he does all the time," Patel told Al.com. "This is a good neighborhood. I didn't expect anything to happen." Patel said his father had to undergo surgery to fuse two vertebrae in his spine after being taken to the ground. Patel said his father is still unable to move his left leg.

Muncey said Patel committed no crime and that the department is asking for the community's patience while it investigates.

No attorney was immediately listed for Parker.