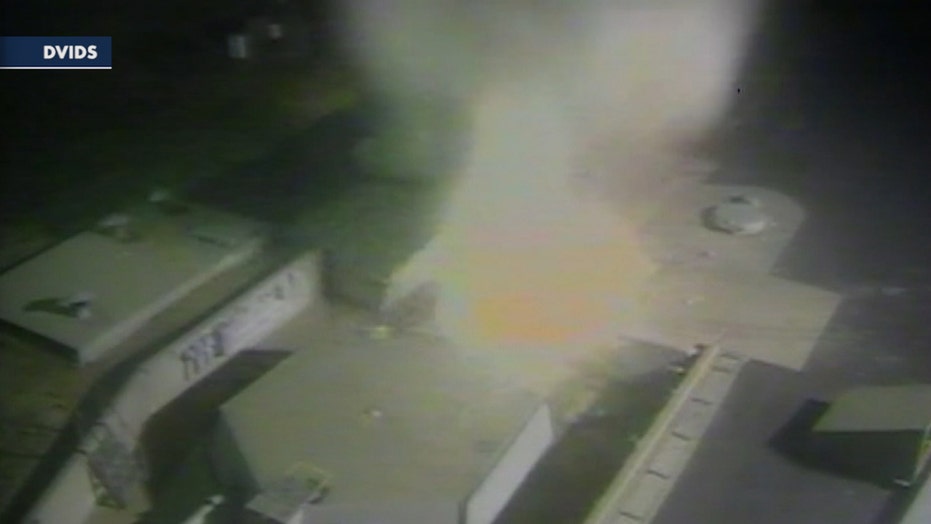 An unarmed intercontinental ballistic missile was launched early Tuesday morning over 4,000 miles from a base in California into the Pacific Ocean, the U.S. Air Force Global Strike Command announced.

The Minuteman III missile was fired from Vandenberg Air Force Base, located an hour from Santa Barbara, at 12:21 a.m. PST (3:21 a.m. EST), but airmen at the base didn't actually push the button to fire the missile.

Instead, a U.S. Navy E-6 aircraft from the 625the Strategic Operations Squadron out of Offutt Air Force Base in Nebraska launched the missile using a launch control system on board the plane.

GEN. JEFF HARRIGIAN: AIR SUPERIORITY IS FUNDAMENTAL FOR US AIR FORCE, BUT OUR ENEMIES ARE GAINING GROUND

The long-range missile carried three independent reentry vehicles – which in wartime could be three separate nuclear warheads – into the air before splashing down in the Kwajalein Atoll in the Marshall Islands at a U.S. military test range.

"The launch calendars are built three to five years in advance, and planning for each individual launch begins six months to a year prior to launch," the Air Force said in a statement announcing the launch Tuesday. "This launch is not related to any events in the world at this time."

The Air Force performs about four tests of its decades-old Minuteman III missiles each year.

“The flight test program demonstrates one part of the operational capability of the ICBM weapon system,” said Col. Omar Colbert, 576th Flight Test Squadron commander. “The Minuteman III is 50 years old, and continued test launches are essential in ensuring its reliability until the 2030s when the Ground Base Strategic Deterrent is fully in place. Most importantly, this visible message of national security serves to assure our allies and dissuade potential aggressors.”

Air Force Global Strike Command is comprised of more than 33,700 airmen and civilians.  The command oversees all bomber and intercontinental ballistic missile operations for the U.S. Department of Defense.

ICBMs provide the U.S. and its allies the necessary deterrent capability to maintain freedom to operate and navigate globally in accordance with international laws and norms. (U.S. Air Force photo by Senior Airman Hanah Abercrombie)

The Air Force maintains 400 nuclear-tipped missiles at bases in North Dakota, Montana and Wyoming.  About 70% of deployed nuclear warheads are aboard ballistic missile submarines. Other nuclear weapons can be delivered from B-2 and B-52 strategic bombers from bases in the United States.

In recent days both the secretary of defense and the U.S. special envoy for arms control have toured bases where nuclear weapons are deployed.

New START, which restricts the strategic nuclear arsenals of Russia and the U.S., is scheduled to expire in February 2021, but there is an option to extend it for five years if both parties agree. The Trump administration wants to expand the pact to include China.

If the treaty is not extended, there will be no limits to the strategic warheads Washington and Moscow can field for the first time in nearly half a century.

The treaty currently restricts Russia and the United States from deploying no more than 1,550 nuclear warheads.

Last year, the Trump administration pulled out of another arms control pact, the Intermediate-Range Nuclear Forces (INF) Treaty, after the U.S. accused Moscow of violating the deal. The treaty, signed in 1987, scrapped all land-based missiles within the range of 311 to 3,417 miles (500 to 5,500 kilometers).