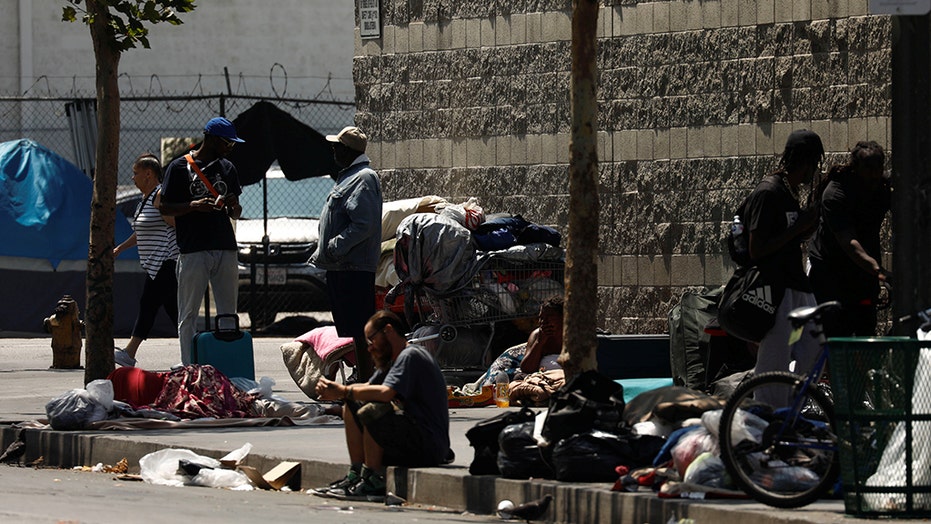 Richard Howard, 64, and Louis Thomas Wise, 37, pleaded no contest last week to one felony count each of subscribing a fictitious name, or the name of another to an initiative petition and registration of a fictitious person, the Los Angeles County District Attorney's Office said.

Christopher Joseph Williams, 41, and Nickey Demelvin Huntley, 45, each pleaded no contest to one felony count of circulating an initiative or petition containing false, forged or fictitious names. Four defendants -- one of whom is still being sought by authorities -- have yet to be sentenced, the district attorney's office told Fox News.

An office spokesperson declined to specify what group or organization the defendants were working with when they committed the alleged fraud.

Carts and belongings of homeless people rest along sidewalks and streets in the skid row area of downtown Los Angeles, California, U.S., June 28, 2019. Four men have pleaded guilty to offering homeless people in the area money and cigarettes for false or forged signatures on state ballot petitions. (REUTERS/Patrick T. Fallon)

They allegedly offered individuals $1 and cigarettes for their participation in the scheme during the 2016 and 2018 election cycles.

Williams and Huntley were each given three years of formal probation. Another defendant, Norman Hall, 62, was sentenced in February to a year in jail, formal probation and 100 hours of community service.