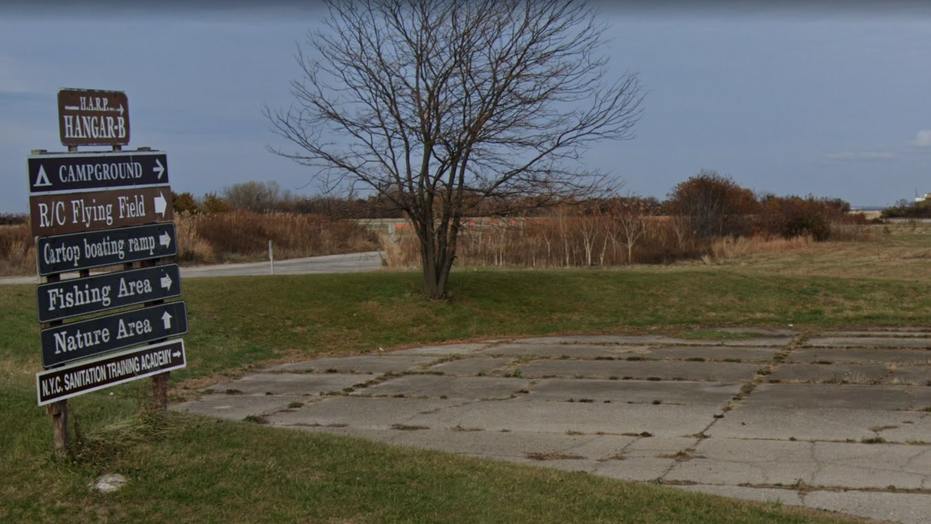 Three teens have been killed in the New York City borough of Brooklyn after their car collided into another vehicle while doing “donuts,” reports say.

Investigators told the newspaper that a 16-year-old male driving a Toyota Camry slammed into the side of a Kia Forte. The Kia’s driver – Emil Badalov, also 16, and two of his passengers, brother and sister Daniel and Margarita Sidgiyayeva, ages 11 and 18, respectively, later were pronounced dead at local hospitals, police added.

Floyd Bennett Field, the site of the fatal crash in Brooklyn.

4 CHILDREN KILLED IN INDIANA AFTER SEMITRAILER SLAMMED INTO THEIR CAR

“They were really close, they went everywhere together,” Nicole Shmerkin, a schoolmate of the Sidgiyayevas, told the New York Daily News.

A 16-year-old old girl also riding in the Kia was sent to a hospital in critical condition while the driver of the Toyota and his passengers were not identified, the New York Post reports.

FLORIDA MAN CRASHES INTO CHURCH, SETS IN ON FIRE WITH PARISHIONERS INSIDE, SHERIFF SAYS

The New York Post, citing sources, said both cars were doing “donuts” when they struck each other.

Photos taken after the crash show skid marks and debris across the pavement.

As of Monday, police reportedly are still investigating the incident and no arrests have been made.

Floyd Bennett Field is known to locals as a place for young people to practice driving, but is “also notorious as a drag racing destination”, according to The Wave newspaper of nearby Rockaway Beach.