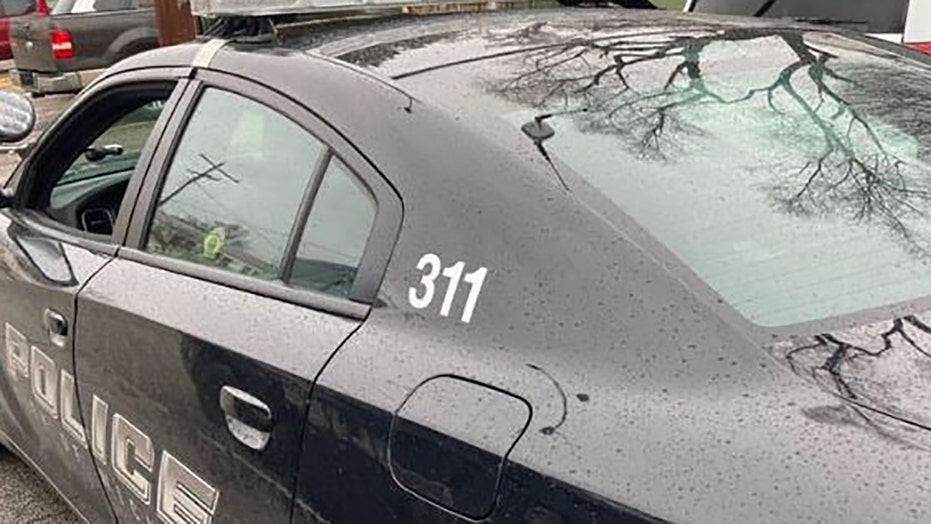 Authorities in Wichita, Kan., said Sunday that they are investigating a shooting that injured three police officers this weekend and working to determine if the shotgun was rigged to the door.

A "modified, loaded shotgun" discharged as the officers entered a home in the city on Saturday, according to a release by Wichita Police Department spokesman Officer Trevor Macy.

"Apparently there were several modifications made to this one," Macy told The Wichita Eagle. "There are a few person of interest that we are looking into."

As of Sunday, no one was in custody, he said.

An investigation determined that no one was in the home, Macy said. Prior to the incident, a homeowner called 911 to report that they had discovered damage to the home and believed someone may have been inside, police said.

Officers surrounded the home for several hours Saturday before determining that no one was inside. Police Chief Gordon Ramsay said at a news conference Saturday evening that it wasn’t immediately clear whether the house had been booby-trapped before officers arrived.

Two officers remained hospitalized Sunday, according to the release. One was in serious but stable condition while the other was being treated for minor injuries.

A third officer was treated at a hospital on Saturday and has since been released, police said.

While officers reported hearing an explosion after going inside, a man said he was outside his girlfriend's home when he heard what "sounded like a rifle or an AR round," according to the paper.

The FBI and the Bureau of Alcohol, Tobacco, Firearms, and Explosives (ATF) are assisting with the investigation, police said.