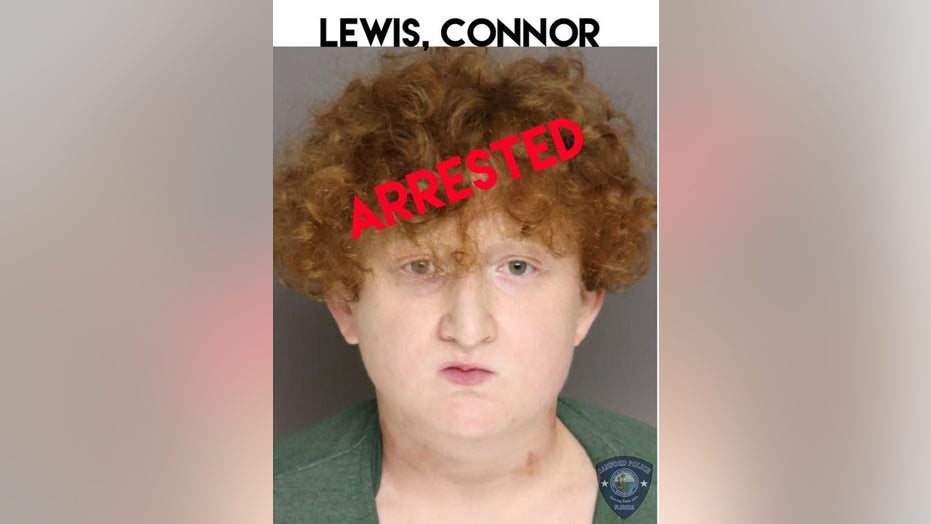 Connor Michael Lewis, 16, of Sanford, was originally arrested on suspicion of attempted homicide in connection with the Wednesday shooting of 18-year-old Artavious Quarterman. Quarterman died Friday at the hospital from his injuries, police said in a news release.

Lewis called 911 around 8 p.m. Wednesday to report several women banging on his door and window after a dispute between him and his girlfriend. He could be heard over the phone saying: “Oh, you’re so scary. You’re so scary.”

As the group was calling Lewis' name, a gunshot was heard, police said.

Connor Michael Lewis, 16, is charged with murder after allegedly shooting someone in the head while on the phone with a 911 dispatcher. (Sanford Police Department )

"In the course of this interaction, one round from a gun was fired from the inside of the home, through the window on the front door, striking Artavious Quarterman in the head," a police news release said.

Quarterman had accompanied the mother of Lewis' girlfriend to the home to pick up her belongings, police said.

He was taken to a hospital where he remained in critical condition until he died Friday. Lewis was originally arrested on suspicion of attempted second-degree homicide and shooting into or throwing deadly missiles within a dwelling before the charges were upgraded.

“The fact that a young man’s life is now at risk is senseless," Sanford police Chief Cecil Smith said. "Sanford Police officers were minutes away from the home, and I believe would have been able to separate and de-escalate the situation in a matter of moments. When you shoot a firearm, you must understand that the consequences of that can be deadly in any situation.”