It's one thing to sit in the audience and enjoy a spooky play or movie. It's another to stumble upon a legendary ghost in an empty hall (even if it is Judy Garland). Not for the squeamish, these terror-ific theaters will make your skin crawl.

We go to the theater for all kinds of thrills—suspense, romance, and unexpected plot twists. But the theaters themselves, with their long histories of players, staff, and audience members coming and going, are often the stuff of legend. Maybe it's just because the buildings are old and creaky, maybe it's because we expect our emotions to get cranked up to 11 when we walk into a performance space, but these 10 theaters all come with at least one resident spirit. 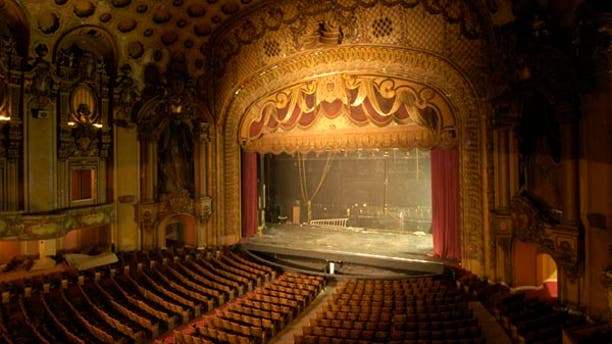 The oldest movie theater in L.A., the Palace has a "third balcony" that was once closed off from the rest of the theater for racial segregation and became legendary as the site of ghost sightings, with onstage performers seeing mysterious figures in the balcony when locked doors should have prevented anyone from appearing up there. The Palace, known until 1926 as the Orpheum, was once one of the premier theaters on the famed "Orpheum circuit" of vaudeville houses and saw its share of live performances before transforming itself into a silent-movie venue. Over the years, audience members and theater staff reported the figure of a woman dressed in white lace crossing the stage during performances, then disappearing into the wings, never to be seen again. 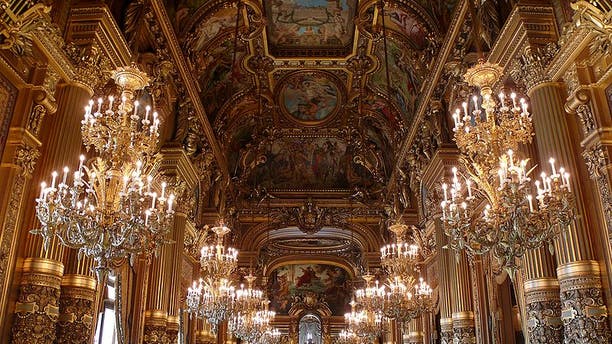 Yup, the Phantom of the Opera is rooted in legend. In the early 20th century a mysterious apartment (and, by some accounts, a male corpse) were found in the opera theater, the Palais Garnier, inspiring the 1910 novel that in turn inspired a silent film and the smash Andrew Lloyd Webber musical. The theater, which has been renovated several times since the 19th century, acquired a reputation for lavish productions and sets. But, curiously, although the well-known Phantom has brought the Paris Opera worldwide fame, there are no serious Phantom sightings on record. (A chandelier did fall in 1896, killing a construction worker and supplying the famous scene in the novel.) The theater's resident ghost is an older woman who committed suicide in the 19th century and is said to roam the streets outside the opera house searching for the man who jilted her. 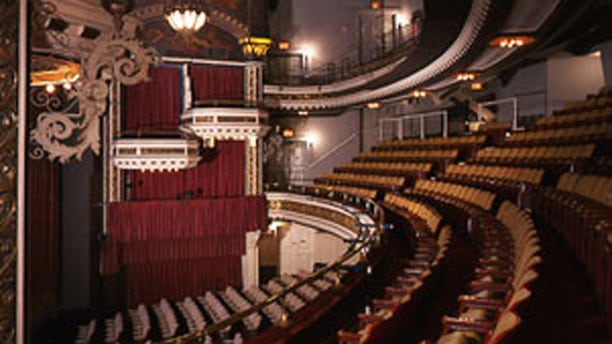 David Belasco was one of the most colorful of the early 20th-century Broadway producers, known both for being a lady's man and, in a move that was oddly flamboyant even for a theater producer, dressing in a monk's flowing robes. His ghost is said to haunt this theater-district gem. Originally named the Stuyvesant when it opened in 1907, the theater featured a duplex apartment for the producer. The Belasco has played host to some of the greatest Broadway productions, including Clifford Odets's play Awake and Sing in 1935, the nude review Oh, Calcutta! In 1971, and a revival of August Wilson's Joe Turner's Come and Gone in 2009 that was attended by President and Mrs. Obama. But theater pedigree has not kept the space from some unsettling sightings. David Belasco's robe-clad figure has been reported in the office space that now occupies his old apartment and in the theater's balcony. Some women have even reported feeling a mysterious ghostly pinch, which theater folk attribute to (who else?) the randy producer. 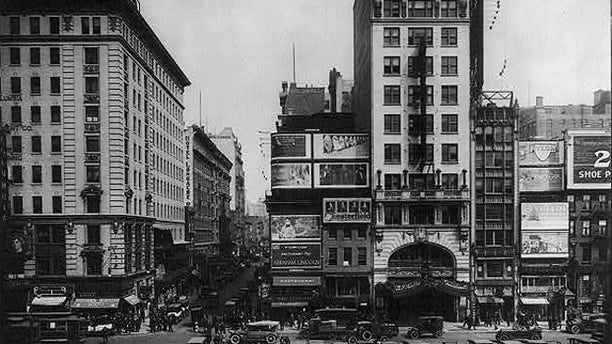 Many ghosts lay claim to the title "famous," but the Palace is home to the spirit of a superstar, Judy Garland, who blew audiences away in her 1960s comeback performances here with heart-stopping renditions of hits like "Somewhere Over the Rainbow" and "The Man That Got Away" before descending back into the addictions that would take her life. The theater started as a vaudeville house in 1913 and "playing the Palace" was regarded as the pinnacle for touring singers, dancers, and comics. The stage has been graced by Harry Houdini, Will Rogers, Ethel Merman, and other stars, and has played host to groundbreaking musicals, including Man of La Mancha, La Cage aux Folles, and Beauty and the Beast. But musicians playing in the orchestra pit may not feel as lucky as audience members: Legend has it that a special door was built in the pit for Garland's entrances and exits, and that the ghostly figure of the troubled star is sometimes seen in the doorway. 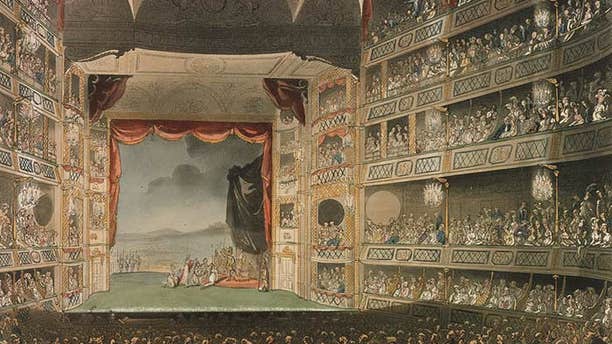 Standing on a spot that's been occupied by three previous theaters since 1663, the Theatre Royal, Drury Lane (known as "Drury Lane" to Londoners), should be one of the likeliest spots for a spook. Sure enough, one of London's most famous ghosts, the "man in gray," is regularly reported here, wearing riding boots, a powdered wig, and tricorn hat. The story goes that the apparition is the spirit of the fellow whose skeletal remains were found in a walled-up passageway here in the late 19th century. Kind of makes you wonder what else might be lurking in the walls, no? On a much more positive note, the Drury Lane is where Rodgers and Hammerstein's golden-age musicals had their London premieres, including Oklahoma!, South Pacific, and The King and I. 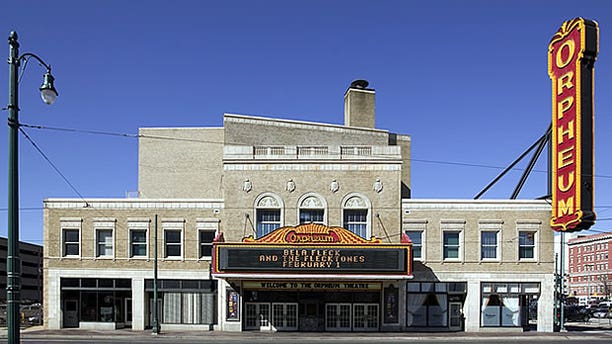 Sure, most of the seats at Memphis's Orpheum are good ones. But you might want to steer clear of C-5. That's where "Mary," a see-through apparition, has been seen enjoying rehearsals and performances at this former vaudeville venue. Built as the Grand Opera House at the corner of Main and Beale streets in 1890, the theater joined the "Orpheum circuit" in 1907 but burned in 1923. The new Orpheum was built on the site of the Grand, at twice the size. It was converted into a movie theater in the 1940s, then began hosting touring productions and concerts in the '70s. In 1984, a refurbished Orpheum reopened and has seen productions as big as The Phantom of the Opera nad Les Miserables and acts as intimate as Jerry Seinfeld and Tony Bennet. 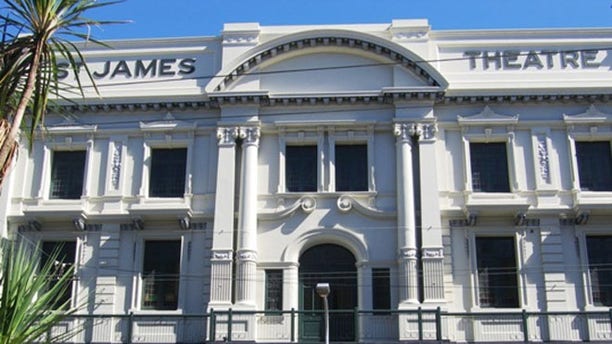 It's curious that the "haunted theater" phenomenon is found mostly in European and Euro-centric cities, and even in New Zealand, thousands of miles from the lights of Broadway and the West End, a theater teems with alleged paranormal activity. The St. James Theater was built in 1913 and was initially a venue for silent movies. Throughout the 20th century, the theater was home to film, live theater (ranging in quality from Shakespeare to minstrel shows), and other entertainments. But perhaps no single theater has such a wide array of freaky sightings. "Yuri," a Russian acrobat who supposedly fell to his death during a performance, is often credited for the theaters lights turning on and off. The "wailing woman" was, the story goes, an actress who was booed off the stage and consequently did herself in; she is now blamed not only for mysterious cries heard in the space but also for a series of calamities that have befallen actresses at the St. James, including falls, sprains, and performance-endangering head colds. Another legend has it that during World War II, a boys choir sang its last concert at the St. James before departing New Zealand on a ship that was never seen again. The boys' ghostly singing is now heard by stagehands and others. 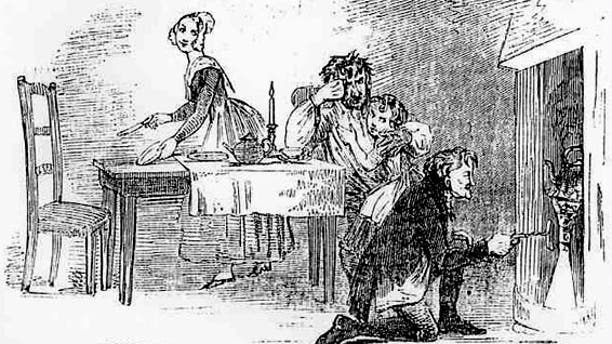 The present-day Adelphi is a relative kid among London playhouses, built in 1930, but theaters have stood on this site since the early 19th century, and the place has a paranormal pedigree to match its age. The ghost of actor William Terriss, who was stabbed to death at the stage door in 1897, is said to haunt the Adelphi. According to legend, Terriss's understudy had a dream the night before the actor's murder in which Terriss lay bleeding on his dressing room floor. The theater was home to Noel Coward's Words and Music in 1932 and hosted the London premiere of Stephen Sondheim's A Little Night Music in 1975. 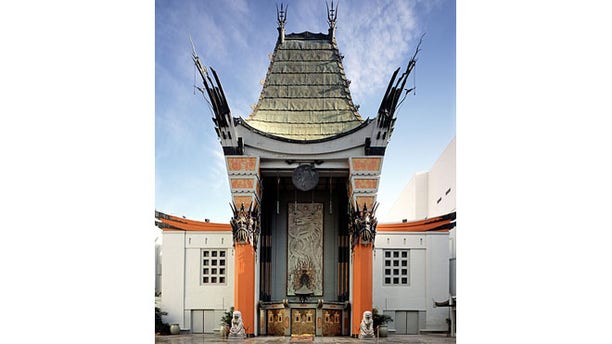 In a story that would fit right into a film noir classic such as Sunset Boulevard or Double Indemnity, Hollywood lore says that actor Victor Killian walks the forecourt of this iconic L.A. landmark, searching for the man who beat him to death outside the theater, which has been the site of lavish movie openings since Tinseltown's early days. You can do some searching of your own outside the theater, where the cement handprints, footprints, and signatures of Hollywood stars have adorned the sidewalk for decades. The theater was the site of the Academy Awards ceremonies in 1944, 1945, and 1946, and is next door to the Dolby Theater, where the Oscars celebration is currently held each year. 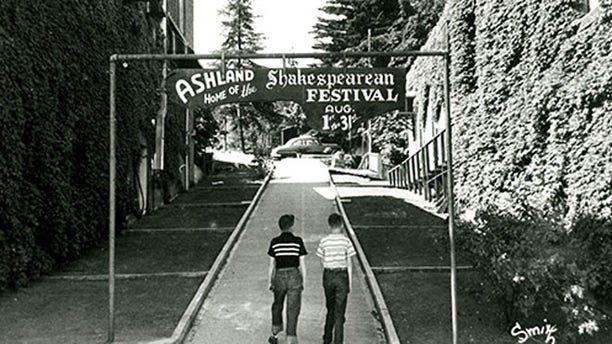 From royal ghosts traipsing through Macbeth and Hamlet to the knavish sprite Puck in A Midsummer Night's Dream and the mysterious, magical Ariel in The Tempest, William Shakespeare provided the world with a small army of supernatural supporting roles. But the Bard of Avon's work is seldom as downright terrifying as the grounds of Lithia Park, home to the Oregon Shakespeare Festival, which offers a mix of indoor and outdoor theater spaces. The ghost of a young girl murdered in the 19th century is said to walk the grounds of the park. Not impressed? Visitors to the park have told local police that the girl is surrounded by a mysterious blue light that enshrouds onlookers and drives them to hysterical fright.

See more about all 10 theaters at Budget Travel

8 Most Common Tipping Mistakes—and How to Avoid Them