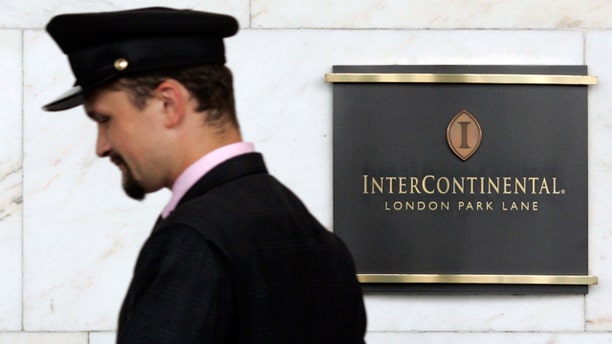 If you’re gearing up for a vacation, you’re probably researching hotels. You’ve probably come across plenty of hotels with ratings like “Four-Star” or “Five-Diamond,” and you’re probably also looking for the right balance of price and quality.

So how can these vague designations help you figure out which hotel to book? What do these ratings really mean?

As usual, AskMen has your back, and here’s our guide to understanding hotel star and diamond ratings.

What do star ratings mean? Hotels are rated on a scale of 1-5 stars, with one being poor and five being superior. Who assigns these ratings? Unfortunately, in most countries, nobody. Or, to put it another way, everybody. Hotel ratings are like movie or restaurant ratings -- a matter of opinion based on commonly agreed-on values like comfortable beds, safe parking and customer service. The travel industry has simply settled into using the five-star system to rank properties.

All major reviewing bodies use the five-star system, so one reviewer could rate a hotel a four, and another could rate the same hotel a five. A third could rate it a one, but that’s very unlikely -- while travel writers see things differently, they are all looking at the same basic criteria. The advantage of the five-star system is that since most reviews are a star rating, it’s easier to compare and contrast various writers' opinion of the same hotel.

Finally -- lots of travel websites let travelers write their own 1-5 rankings of the hotels. Just keep in mind that these are much more likely to represent how much that person liked the hotel rather than the level of luxury the hotel offers.

In spite of all that inconsistency, there are definitely opinions that carry more weight than others. Some countries have a designated reviewer -- an influential opinion whose favorable review can make a big impact. For instance, in North America, when you talk about star ratings, Mobil’s hotel reviews are considered “the” star rating. However, be aware that a hotel that claims an unspecified four-star rating and a hotel that claims a Mobil four-star rating are two different things -- for all you know, that random four-star rating came from a blogger. That is why it's important to find out who has rated the hotel favorably. In the UK, ratings from AA are very desirable. In Germany, it’s the hotel industry association, and so on. Finally, some European countries such as Belgium, Italy, Netherlands, and Spain have star ratings set by the government -- there are laws defining the rankings.

In the U.S., the American Automobile Association (known to most as AAA) rates hotels and restaurants using a diamond system. An establishment applies to AAA to be reviewed for Diamond status, and if AAA agrees to take a look at the property, an inspector arrives unannounced and tours the property. If things meet the company’s criteria, the property becomes “AAA Approved” indicating the property meets the basic needs of AAA members -- AAA does not approve poor quality hotels. However, people want various levels of luxury and service, so AAA also rates properties on a 1-5 diamond scale.

Other Stories by Askmen

Because of this, all Diamonds are good hotels -- the diamond ratings aren’t really intended to mean five diamonds is “better” than a four, just that it is more luxurious. A one-diamond hotel is an economy hotel, but it’s a good economy hotel. So if all you’re looking for is a clean place to stay with good service, you might really enjoy a two-diamond hotel.

Another advantage to AAA ratings is that the criteria to be a granted a Diamond are very specific. AAA inspectors follow a checklist that lays out very specific requirements. For example, room service at four- and five-diamond hotels must answer the phone within three rings. But to be five-diamond, room service must be 24 hours.

Finally, Diamond hotels and restaurants are checked every year by AAA inspectors to ensure they still meet the standard -- a hotel can go up or down in diamond rating based on how the inspection goes. AAA’s lists of Diamond hotels includes how many years the hotel has been at its current Diamond level, so you know whether the hotel just got rated this year, or they’ve been consistently rated highly for years and years.

A word about star inflation

You’ve probably seen something about so-called six-star hotels. These “ratings” are usually given by the hotel to itself, and occasionally a reviewer has stated that a hotel deserves a six-star rating, but confined themselves to the standard five. These are just claims to high quality, meant to make the hotel stand out -- again, all major reviewing bodies use five stars as their highest rating. For example, the Town House Galleria in Milan has claimed a seven-star ranking; this title is self-given. Obviously, in these situations, hotels are promising unsurpassed luxury and service, and they plan to deliver it, but these are essentially boasts or promises of quality, so don’t get confused and think there’s any mathematics behind the rankings.

In part, because of this ratings confusion, there is now some interest in an international standard. The World Hotel Rating project seeks to standardize hotel ratings throughout the world, adding international criteria and standards. It’s an exciting idea; if successful the program would be very useful to travelers. The project starts trials in 2010.

Ratings: a matter of opinion

The range of hotel quality in the world is virtually limitless. That’s a great thing, because whether you’re trying to travel as cheaply as possible or enjoy some luxury, there’s a hotel that meets your needs. Finding it, though, isn’t always the easiest. Hopefully this guide has cleared up some of the confusion around the various rating systems. Before you head out on vacation, study up, choose well and enjoy.