Tourists flock to Iceland volcano due for massive eruption 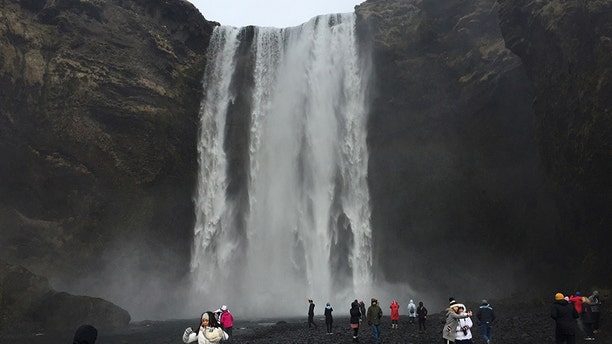 Sneeze next to the Katla volcano, goes the joke in this Icelandic village, and a seismologist in Reykjavik will analyze the disturbance.

After a summer of increased seismic activity at Katla, Icelanders are obsessing over the smallest sign of an eruption at the country's most closely watched volcano.

Katla last erupted in 1918. Never before in recorded history, dating back to the 12th century, have 99 years passed without an eruption from the volcano. Eight out of the last 10 eruptions at Katla have occurred between September and November, when glacial melting is believed to create conditions for the magma to burst forth. 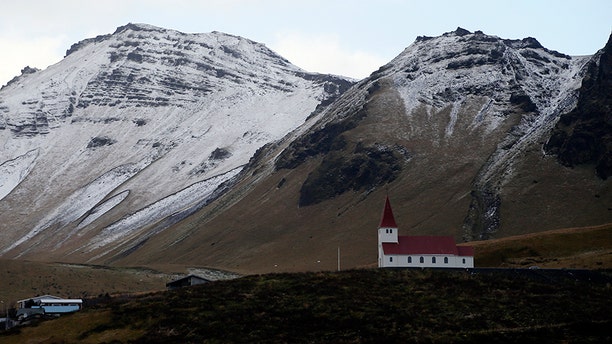 In this Oct. 26, 2016 file photo, the church of Vik, Iceland, near the Volcano Katla. (AP Photo/Frank Augstein)

Vik, a coastal hamlet known for its black sand beach and red-roofed concrete church, is prepared for the worst. In the event of an eruption, a text message will be sent to every mobile phone connected to the regional network. All 543 residents will know what to do — inform their neighbors — and where to go: the church, which is sheltered by the mountain.

Air travelers and visitors to Iceland should also take note. The last major volcanic eruption in the north Atlantic nation created an ash cloud that stranded more than 10 million people in April 2010. And while civil defense officials are confident of procedures for notifying locals, they are still developing plans for alerting tourists who are flocking to Iceland's waterfalls and geysers in record numbers.

"Tourists are the greatest challenge today," said Vidir Reynisson, a Katla specialist at the Department of Civil Protection and Emergency Management. "They are in large numbers, spread out and less likely than locals to be aware of emergency actions."

Of Iceland's 30 active volcanoes, none is watched more closely than Katla. One of the nation's largest and most feared, Katla lies under glacial ice hundreds of meters (yards) thick, meaning that any eruption is likely to melt the ice and cause widespread flooding.

The volume of water that could stream toward the black volcanic beaches, one of Iceland's most popular tourist attractions, is predicted by the emergency department to reach 300,000 cubic meters per second, greater than the Amazon river discharge. Ocean levels may rise sharply if flooding reaches the coast, so authorities plan to evacuate the entire coast on the island's southern tip. 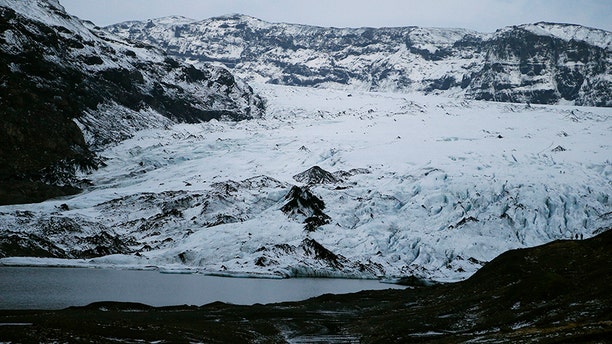 Planning for such an event isn't just an academic exercise.

Over the past 11 months, the Icelandic Met Office has twice raised its Katla alert level to yellow, signaling "elevated unrest."

For four days this summer, Icelanders watched with concern as a series of strengthening earthquakes peaked at magnitude 3. Natural reservoirs of glacial melt under the ice cap burst and flooded the Mulakvisl River near Vik.

There are also risks from ash, lava and poisonous gases spewing out of the volcano.

On average, a major volcanic event occurs once every five years in Iceland. The Eyjafjallajokull eruption of 2010 stranded millions of tourists worldwide as it grounded more than 100,000 flights over seven days because of concerns that its volcanic ash would damage aircraft engines.

Ironically, the publicity surrounding the Eyjafjallajokull eruption contributed to Iceland's current tourist boom. A record 2.4 million people are expected to visit the country this year, up from 400,000 in 2006. About half of the tourists report visiting Vik, according to the Icelandic Tourist Board.

The country's emergency text message system has tested well. For areas with weak phone signals, the plan is to search for travelers with drones. Reynisson's team is also considering asking visitors to sign up for an app that would make phones ring loudly and deliver messages in the appropriate language.

Much of this mimics systems developed in response to forest fires in Europe, which pose similar challenges and occur more often, Reynisson said.

Magnus Tumi, a geophysicist at the University of Iceland, says the long wait offers few clues about what will happen when Katla finally erupts.

"For Katla, unlike many other volcanoes in Iceland, a long rest does not contribute to the size of the next eruption," he said.

While Katla has a larger magma chamber than neighboring Eyjafjallajokull, that doesn't necessarily mean it will have a greater impact on aviation, said Sara Barsotti, a volcanic hazards coordinator at the Icelandic Met Office.

Barsotti notes that airlines now are better prepared to measure ash within a given airspace than they were seven years ago, and decisions about whether it's safe to fly are now left up to airlines rather than a central regulatory agency.

"From a volcanic perspective, ash from Katla has the potential to reach Europe but it will ultimately come down to wind conditions," she said.

Meanwhile, the lure of Iceland's rugged beauty has turned sleepy little Vik into a bustling hub for travelers. The town now has more than 1,600 hotel rooms, compared with 400 before the Eyjafjallajokull eruption.

The new hotels and restaurants are largely manned with seasonal workers from all over the world. The vast majority of them —more than 100 people —attended a recent meeting where scientists and police officers discussed the Katla volcano in English, as opposed to the local Icelandic language. The local government plans to offer those briefings at least once a year.

Mayor Asgeir Magnusson said all the village can do is prepare and hope for the best.

"Controlling Katla is above my pay grade, I think," he said. "All we know for sure is that every day we move closer to the next eruption."