This is the fun, frivolous time of winter when Carnevale comes to Venice, Mardi Gras to New Orleans, and Carnival to Rio de Janeiro. These famous celebrations may not be associated with the best behavior—indeed, the spirit of the season encourages the opposite: Up is down, bad is good, and all rules that generally govern civil society can be thrown out the window.

For sophisticated travelers, however, there are a few oases of chic amid all the hyperbolic hedonism. You just need to know where to look. (And if a last-minute jaunt to one of the world’s most impressive masked balls or pageantry-filled parades isn’t in the cards for you this year, it’s not too early to book for 2016.)

1. Performers at a Carnevale party at Palazzo Flangini in Venice. 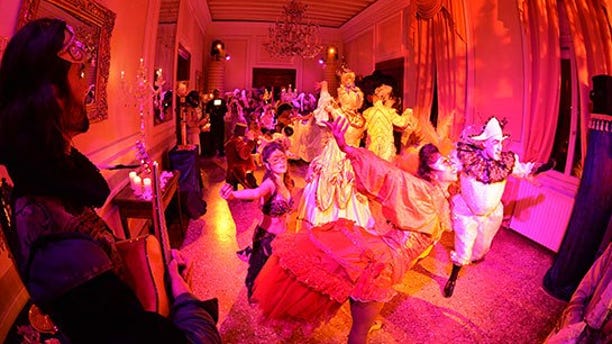 Venice’s long-standing Ballo del Doge masquerade ball, held in the Palazzo Pisani Moretta, remains a hot ticket during Carnevale, but several new costumed fêtes are also grabbing attention this year. Two take place at the year-and-a-half-old Aman Canal Grande, the hotel where George Clooney wed Amal Alamuddin this past fall. There, in the neo-Renaissance and Rococo reception rooms, intimate evenings on February 7 and February 13 will re-create the experience of a 18th-century opera buffa and an 17th-century Baroque banquet, respectively. Chef Riccardo De Prà—of the Veneto region’s Michelin-starred Dolada—will devise period-perfect haute cuisine menus for no more than 40 guests, and performances will give a taste of each era’s high art and culture. From $500 per event.

2. A view of Rio de Janeiro from one of Blue Parallel’s oceanside penthouse apartments. 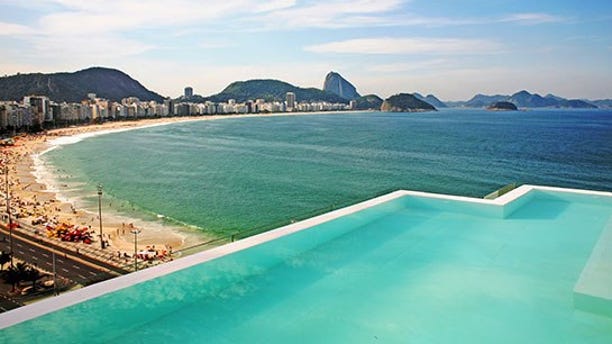 In the Grand Canal’s centuries-old Palazzo Flangini—from which Canaletto painted one of his exquisite Venetian views—the international production company Areté will bring its gently interactive Cirque du Soleil–style events to the city for just the second year. Offering two soirees in repertory fashion, much the way an opera house would, the palazzo will host masked Enchanted Palace and Grand Carnival balls through February 17, with a special Valentine’s Day event on February 14. Expect dinner, dancing, and an overall experience akin to New York’s immersive-theater sensations Sleep No More and Queen of the Night. From $545. 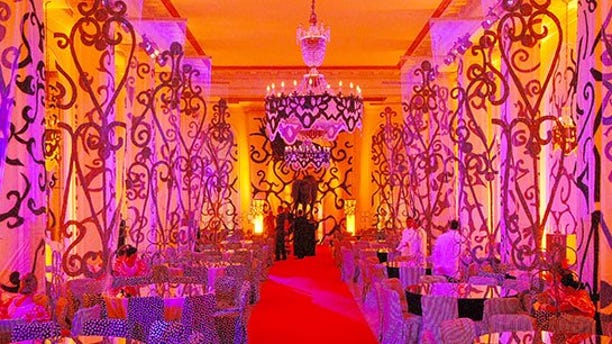 Rio’s Belmond Copacabana Palace, meanwhile, holds the city’s premiere black-tie Carnival ball, a soiree with dinner and dancing beginning at 11 p.m. on February 14. The fête fills the second-floor spaces of the recently renovated 90-year-old beachfront hotel, including its grandly columned and chandelier-bedecked ballrooms and its balustraded terrace overlooking Copacabana Beach and the Atlantic Ocean. And if black tie’s not your thing, Carnival costume is also appropriate. This year’s theme? Melindrosas. That’s Portuguese for “flappers,” so think fringe, fascinators, and other bits of 1920s-era finery. From $730.