Drinking strictly indoors is for college kids and barflies, while drinking strictly outdoors is for wandering vagabonds… so where do we find a happy medium? Towering above them all on a rooftop bar, of course! Here are the five top (literally) high-altitude bars in NYC. 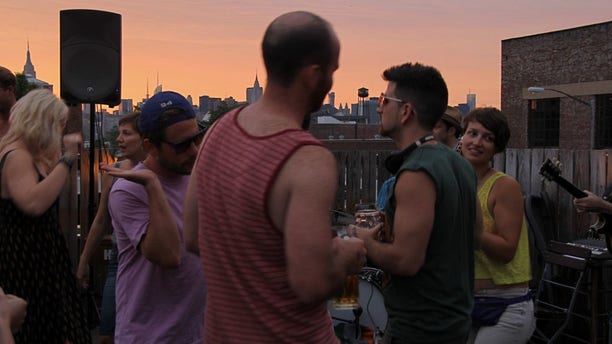 With superlative views of both Manhattan and the bar’s surrounding neighborhood of Williamsburg, Brooklyn, this rooftop bar gets crowded fast on the weekends. Unlike many on this list, the rooftop is very open, and thanks to its proximity to the nearby park, it becomes a nice escape from the concrete jungle to more of a literal one for a couple hours.
While many rooftop bars are looked down upon by their towering strictly-business, corporate neighbors, Berry Park’s rooftop enjoys being at the same height as everyone else in the ‘hood, which makes it ideal for taunting hapless office goons with your boozy afternoon shenanigans. The bar serves mostly German imports at a respectable price, and the giant TV shows mostly soccer, but if you can tolerate the European influence, the duck fat fries are amazing. 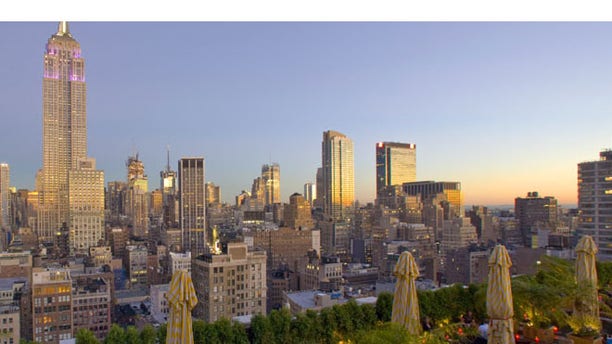 Falling somewhere between being a bar and being a lounge, 230 5th is a massive space fitted with wood benches and garden chairs, bestowing unmatched views of the city that are framed by the bar’s own rustling palm trees. With the Empire State Building, the Met Life building, and the Chrysler Building all visible, the roughly 500 rooftop drinkers can look down at their city and boozily ponder the beautiful city in which they live - a stark contrast to three hours previously, when they were still fighting an accordion-wielding homeless man for the last seat on the subway. As a bonus, in the cold winter months they'll adorn you with a red cloak and a tasty alcoholic hot cider, so you can feel like you belong to some secret sleigh-riding, cider-drinking Christmas cult. 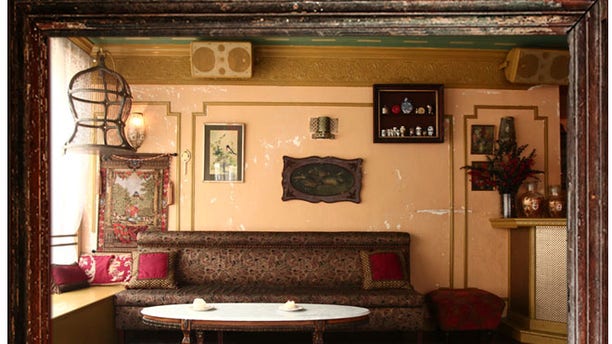 Located in Williamsburg, Brooklyn (which you’ll notice has more than its share of rooftop bars, including the excellent Wythe Hotel), the Night of Joy boasts a rooftop deck reminiscent of you suburban counterparts' backyard space. With patio furniture, string lights, and a rustic bar that almost looks homemade, you'll be looking for a Weber grill or pile of discarded pool toys to mess around with, especially after sampling Night of Joy's wide range of alcohol. With an extensive tap of imported draft beers (many of German descent), and bartenders privy to all things cocktails, this is one backyard/rooftop/patio/bar that won't leave you wanting more. And that's a good thing, as unlike many New York rooftop bars, they keep their drinks pretty cheap - before 6 p.m. you can saddle up with a massive $6 margarita, and all those craft German brews typically run about $6 a pop as well. Trust us, for New York, that’s actually pretty good. 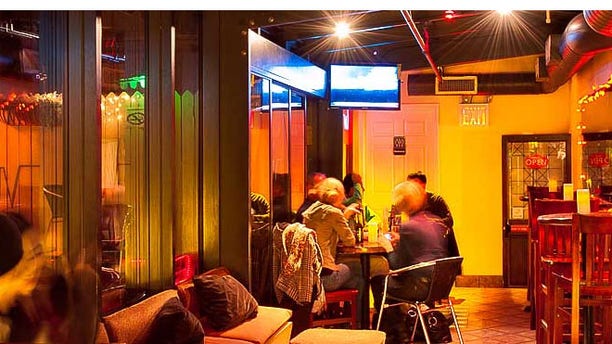 After its recent remodeling, the VU Rooftop Bar atop the La Quinta Inn in Koreatown now finds itself making lists like this one. Up until last year it was called Me Bar, and although the name has changed, the long-lasting happy hour with its exceptionally cheap drinks ($2 beers, $3 margaritas) remains intact. It's been described as having a sort of "fratty" atmosphere, what with the plastic cups, $4 Bud heavies and strict "you gotta know one of the bros [guests] in the house [hotel] before getting in" rule (note: we have yet to see that rule very strictly enforced, so far). But that shouldn't keep you from experiencing yet another unbelievable view to thousand-yard-stare at while your wallet stays thick and plastic margarita cups pile up around your lime-stained shoes. 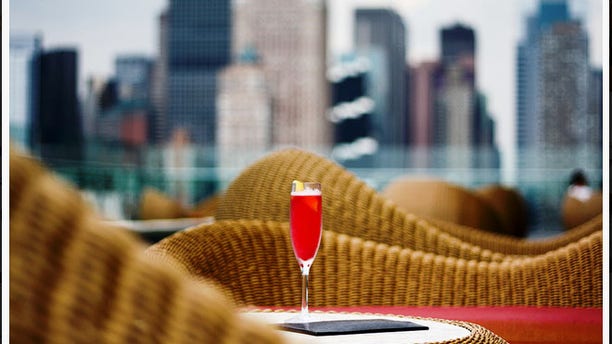 Located atop the Ink48 Hotel in Hell's Kitchen, this massive 8,500 square foot rooftop lounge has everything you'd expect and more. Being gigantic, the roof offers 360° views of the entire city and all the couches, lounge chairs, and benches you need to take it all in. The Press Lounge doesn't pump house music down your throat or expect you to satisfy some obscure door policies - it just wants you to sit back and rest your weary little cosmopolitan head with an in-house, garden-grown dinner and a cocktail on the side. Oh yeah, and there's a swanky little reflecting pool that runs down the middle of the entire deck. Why? Well, why not? You came here specifically to drink on a roof, are you really in a position to question rationale?