The 10 best party hotels in the US

Love to party when you travel? Whether you’re planning a raucous getaway with friends or simply want to indulge in a boozy night out on your next business trip, take note. We’ve scouted out the hottest hotels in some of the country’s most hopping party destinations — New York City, LA, Las Vegas, and Miami – where the revelry takes place on right on-site. No need to deal with cabs or public transport in the wee hours of the morning; at these hotels, stumbling to bed is as easy as riding the elevator. 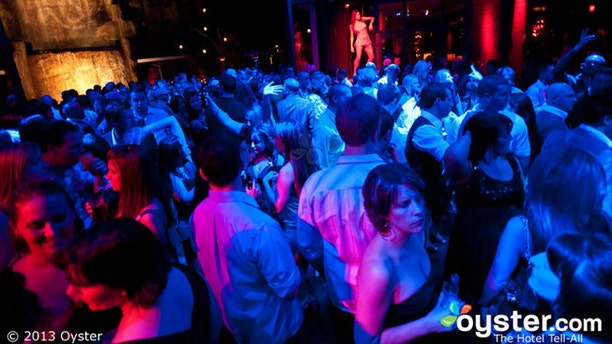 The Wynn is home to the uber-popular Tryst, a 12,000-square-foot club with a 90-foot waterfall, go-go dancers on tables, waitresses with prepared shots (tequila and lemon drops), a very danceable club mix, and plenty of scantily clad twenty-somethings. The lounge, where there are sitting areas for bottle service, looks out on the surreal Lake of Dreams. Next door, the Encore hotel has another esteemed nightclub, XS. 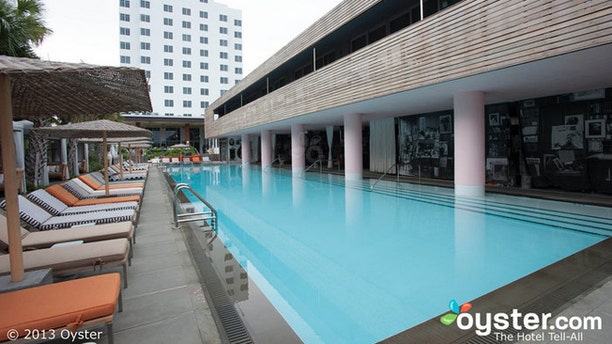 Since its star-studded opening party in November 2012, the SLS South Beach has become one of Miami’s hottest hotels. The 140-room property features direct beach access, sexy rooms, high-profile restaurants, hip bars, two large pools, and a great address on swank Collins Avenue. So far, the SLS has attracted celebrities such as Jennifer Lopez, Derek Jeter, Rumer Willis (who performed with her band during the opening party), and Lenny Kravitz, who designed two of the penthouses. 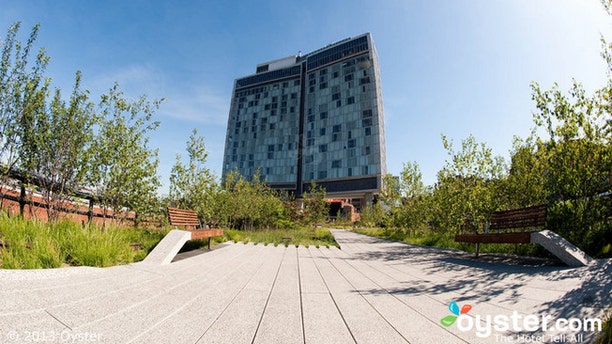 The Standard vies with the Dream Downtown for status as the reigning queen bee of the New York City party scene. It has bars to fit any taste: the casual Biergarten; The Standard Plaza; and Top of the Standard on the 18th floor, a hot spot rooftop lounge featuring famous DJs, stunning views, and celebrity guests (such as Madonna and Lindsay Lohan). Top of the Standard has also been known as the Boom Boom Room — keeping up with all the names is almost as exhausting as waiting in line to get in. (If you’re not on the guest list, arrive early — or expect to wait all night.) 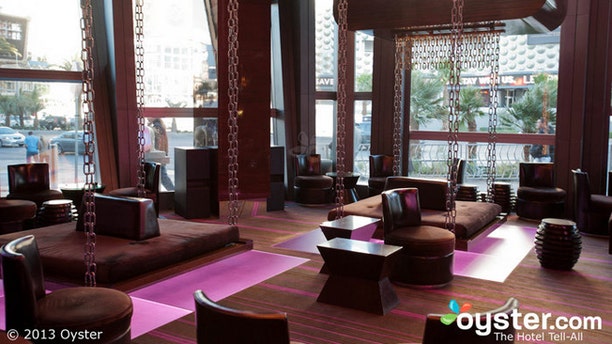 Marquee at the Cosmopolitan is arguably the hottest nightclub on the Las Vegas Strip, offering 62,000 square feet of space and some of the world’s best house music DJs. The Dayclub (open seasonally) has elaborate cabanas with individual infinity pools. And that’s just the beginning – The Chelsea offers concerts from top-tier performers, and there are a handful of swanky bars such as The Chandelier and Bond. 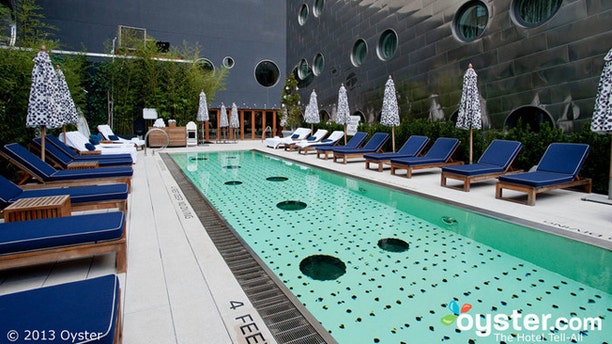 Dream Downtown’s bi-level penthouse nightclub, Ph-D, offers stunning skyline views – but it’s the views of famous faces inside that have made it such a hot spot. Diddy, Robert Pattinson, and Cameron Diaz are just a few of the celebs to party here. The Beach, open seasonally, is also swanky, with imported sand and views of the lobby through the partially translucent pool bottom. 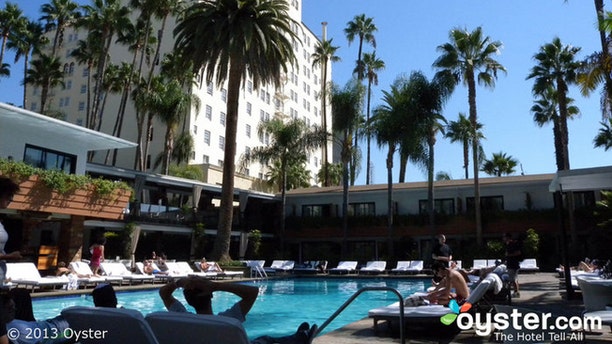 The Hollywood Roosevelt is home to some of the most popular celebrity haunts in L.A., an impressive accomplishment in a town that has its fair share of celebrity haunts. They include: The Spare Room, a cocktail lounge with two bowling lanes; Teddys, a nightclub with plush leather seating and VIP booths (where partygoers have included Justin Timberlake, Jessica Biel, Jay-Z, and Penelope Cruz); and Tropicana Bar, centered around the chic pool area. 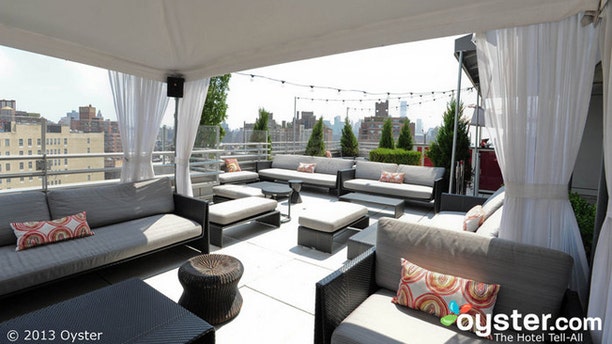 The Gansevoort has long been a staple of the New York City party scene, drawing jet-setting Europeans and stylish New Yorkers to its sleek rooftop bar and lounge, Plunge, and its exclusive nightclub, Provacatuer. A trendy restaurant and lobby bar round out the picture. Close proximity to the city’s other hottest nightclubs doesn’t hurt matters, either. 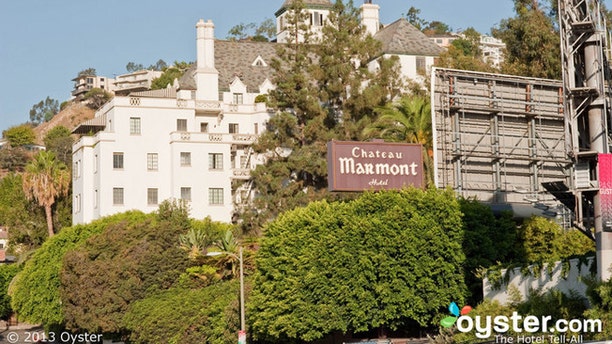 Chateau Marmont, a notorious movie star hideaway since it opened in 1929, attracts celebrities to its popular Bar Marmont, its see-and-be-seen restaurant, and its private guest bungalows. The founder of Columbia Pictured famously remarked that “if you’re going to get in trouble, do it at the Chateau Marmont,” and plenty of celebrities have followed that advice over the years (for example, Led Zeppelin rode a motorcycle through the lobby). The VIPs who have partied here (and still do) are too numerous to count. 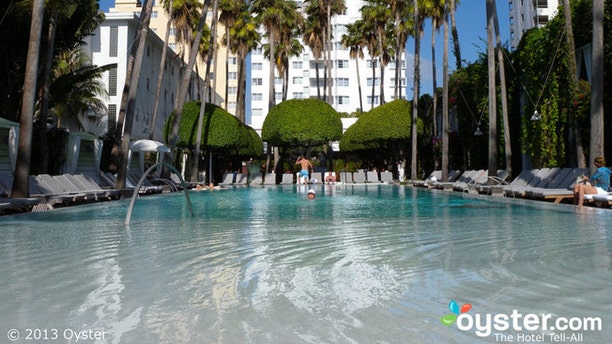 The Delano is one of the coolest and most popular spots on South Beach, drawing a wide range of clientele. Crowds of partiers can be found around the pool, in the lobby’s red-lit Rose Bar, and underground at FDR nightclub. There are live DJs, pricey mojitos, and tight security at this well-known, see-and-be-seen party scene. 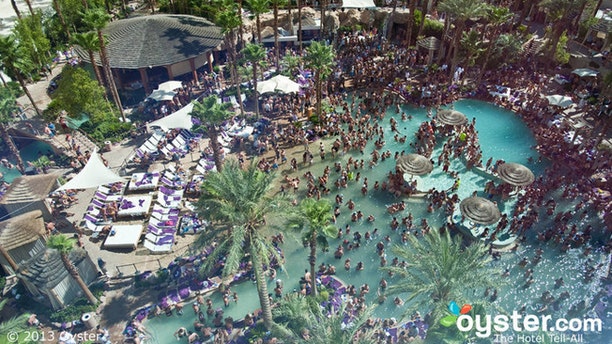 The swank Hard Rock is off the Strip, but it knows how to throw a party — Rehab, Vegas’ best pool party (offered in the warmer months); go-go dancers in the casino; live music at The Joint; partying at Body English nightclub; stylish cuisine at Nobu.