Stupid and dangerous things people brought to the airport

Packing for a trip is pretty easy — you grab a few outfits, gather up your toiletries, and throw in a few pairs of clean underwear. What you NEVER need to pack is an alarm clock that looks like bomb.

This may sound like common sense, but a 15-year-old caused quite the scene on Sunday when he strolled into a Canadian airport with sticks of dynamite.

The dynamite was actually a bomb-shaped alarm clock with a ticking timer positioned on the front. And for some unknown reason, the teen tried to walk through the screening area of Toronto’s Pearson International Airport with it packed in his carry-on.

learly, airport security didn’t find the humor in this prank, and they quickly shut down the screening area while the Peel Regional Police Explosive disposal Unit investigated the device.

According to the Toronto Sun, after two hours, officials were able to determine that the device was harmless, and the boy was charged with mischief.

While this might seem like an isolated incident, it’s not the first time a traveler has attempted to sneak a weird, random, and potentially dangerous item through airport security.

Here are some of the straight up dumbest things people have tried to sneak onto planes. 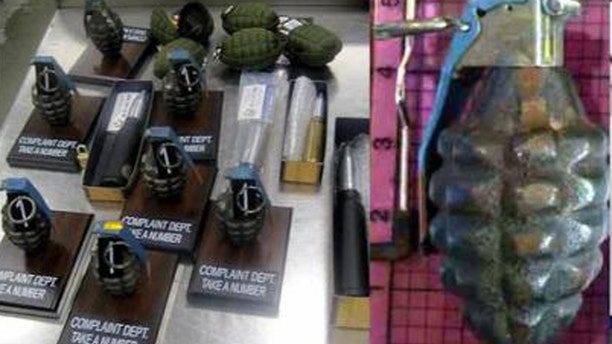 Word to the wise: if a device can cause massive destruction simply by pulling a pin, it probably doesn’t belong on a plane. Just last week, the TSA found two inert and 12 novelty grenades in carry-on and checked bags. Sure, these replicas don’t have the capacity to explode, but how does the TSA know that? If it looks like a grenade, they treat it like a grenade. 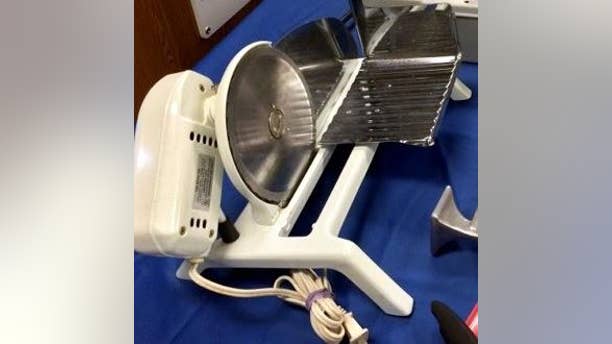 Unless you plan on serving other passengers cold cut sandwiches, we suggest leaving the meat slicer at home. This machine was uncovered in a carry-on bag at the Southwest Florida International Airport (RSW). Just for the record, blades on slicers, blenders, and food processors are razor sharp and are prohibited from being packed in carry-on bags. 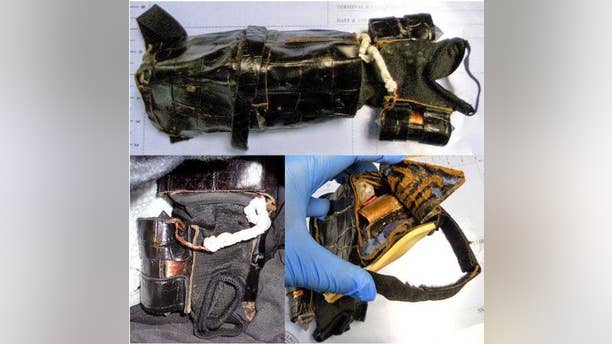 Is this not the sketchiest thing you’ve ever seen? In May, a passenger traveling through Phoenix Sky Harbor International Airport attempted to bring this odd looking device onto a plane. On the X-ray monitor, TSA officials originally thought it was an improvised explosive device.  But after closer inspection, it ended up being a homemade gaming device. 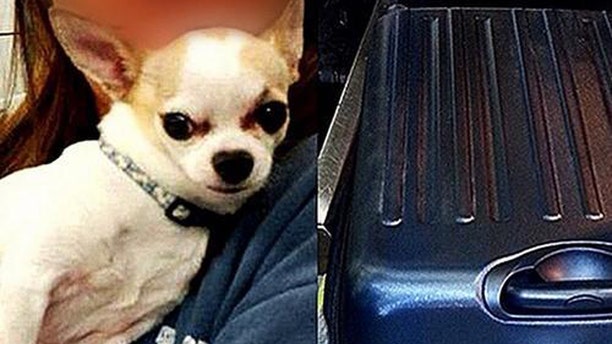 When you’re the owner of a small animal, it’s important to make sure you don’t accidentally pack your pet in your luggage. It’s sounds like a no-brainer, but last March, the TSA was screening a bag when they found a live chihuahua laying inside. After the owner was tracked down, she revealed that the pooch had secretly snuck inside of her bag on its own. The pair was quickly reunited, and the woman’s husband came to the airport to retrieve the dog and take it home. 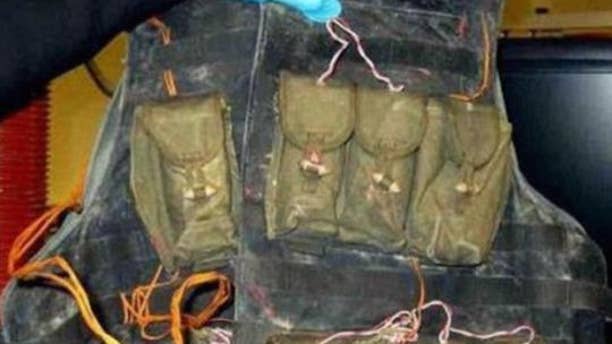 If you thought the dynamite alarm clock was bad, then check out this suicide vest the TSA discovered at Indianapolis International Airport. In March 2013, the X-ray alarm went off, and when officers opened the bag, they discovered this suicide vest along with 30 electric matches, a bag of potassium chlorate, and a bag of titanium powder. At first glance, it looked like a potential terrorist threat, but after some investigation, they discovered that all of the items were inert and belonged to an explosives instructor who was traveling with his training aids.

Go Now! 5 Countries to Visit Where Your Dollar Goes Furthest

One Night in Bangkok Is Not Enough: 14 Things Not to Miss

From Hobby to Business: We Built a Meteorite Museum