It's been 30 years since 'Ghostbusters': Take the green slime walking tour of NYC in homage

In “Ghostbusters,” the evil god that tried to destroy New York City was said to be more than 6,000 years old. That’s how old you might feel upon learning that this week is the 30th anniversary of the release of ”Ghostbusters.”

Instead of spending the occasion lamenting your expiring youth, why not celebrate with a “Ghostbusters”-themed pilgrimage through New York City? After all, the city where Bill Murray and Co. saved the lives of millions of registered voters is more than just any old movie setting. It provides the movie’s funniest running joke: how New Yorkers treated a massive paranormal invasion as another annoying price of big-city living — like subway rats, sky-high rents, and groups who walk side-by-side on the sidewalk (seriously, someone needs to start a business that busts them).

So when you cross that other stream — the Hudson River — into New York City, hit these essential spots for your “Ghostbusters” Birthday Pilgrimage. 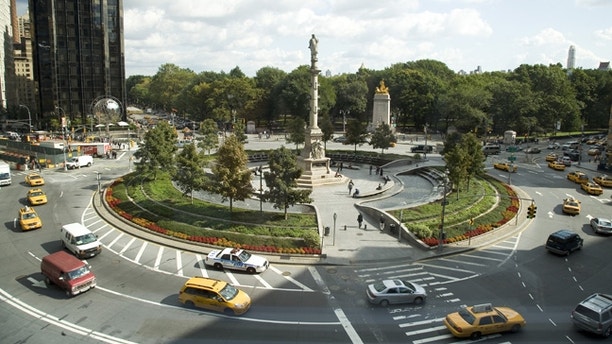 Where: Broadway at 59th Street

Nowadays, there’s lots to do in this bustling part of the city where the Stay Puft Marshmallow Man begins his gooey campaign of terror through New York City. Visit the Museum of Arts and Design at 2 Columbus Circle (that white building you see just to the right of Mr. Stay Puft when he first appears in the movie); check out The Shops at Columbus Circle at Time Warner Center; venture across the street to Central Park. One thing you shouldn’t do: step on a church.

2. The Stephen A. Schwarzman Building (aka, The Main Branch), New York Public Library 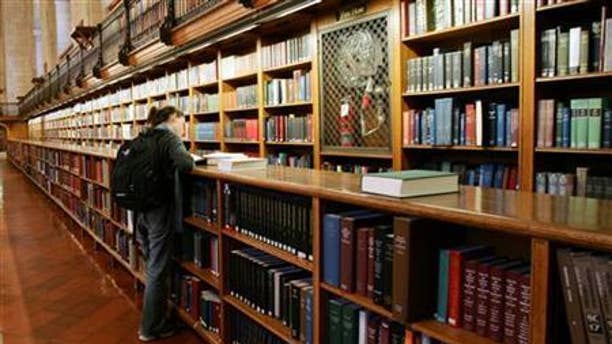 Where: 5th Avenue at 42nd Street

Where the Ghostbusters see their first ghost … and run away screaming. Despite providing our heroes with a rather inauspicious debut, the library, built in 1911, is proud of its”Ghostbusters” legacy. As part of a 2010 publicity campaign, it invited an improv group to stage a real-life “ghost busting” before unsuspecting visitors in the main reading room. Free public tours begin at 11 a.m. and 2 p.m. Monday through Saturday and at 2 p.m. on Sundays (important tip: the library’s closed on Sundays during the summer). 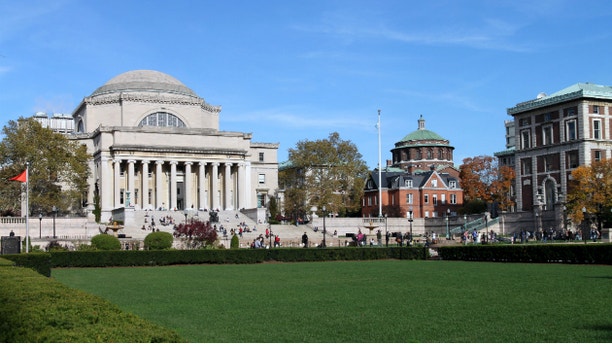 Where: 116th St and Broadway, Upper West Side

Harvard is the birthplace of Facebook. Stanford can claim Yahoo! But only Columbia can say it’s the birthplace of the Ghostbusters. Drs. Peter Venkman, Raymond Stanz, and Egon Spengler (played by Bill Murray, Dan Aykryod, and Harold Ramis) hatched their idea for a spirit containment service here soon after the university fired them, making this beautiful Upper West Side campus the perfect place to start your pilgrimage. If there are fewer than 10 people in your group, you can tour Columbia’s Morningside campus on your own. But you can’t enter any buildings without ID. 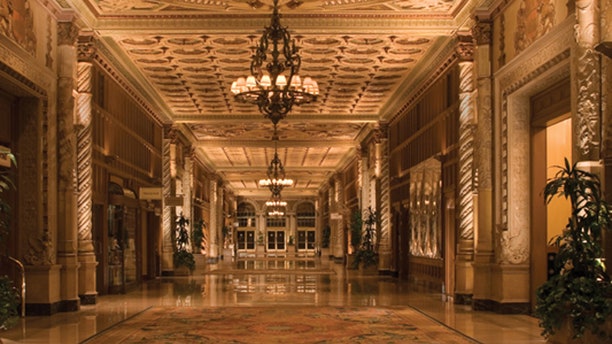 Where in New York is the swanky hotel where the Ghostbusters successfully bust their first ghost and Bill Murray gets slimed? Trick question: there’s no such hotel. The Sedgewick is fictitious; the scene was actually shot in Los Angeles at the Millennium Biltmore Hotel. Hard to believe that in seedy, pre-Giuliani New York the filmmakers couldn’t find a single NYC hotel willing to get all slimy. Did they even try Times Square? 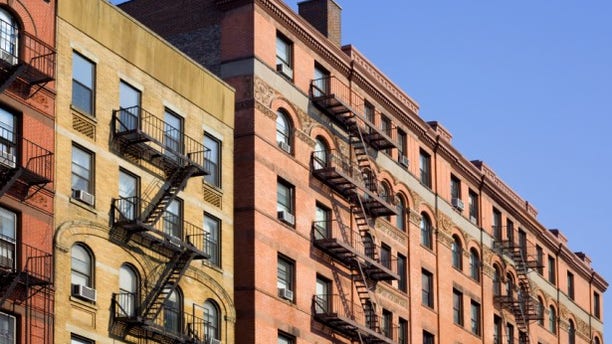 Where: 55 Central Park West, between 65th and 66th Streets

This is the apartment building where Signourney Weaver’s cellist character lives. It’s also the site of the climactic showdown where the Ghostbusters save the world and Ray learns the proper response when someone asks if you’re a god (“Yes!”). The real-life 19-story building is nowhere near as tall and menacing as it looks in the movie; special effects artists creeped it up and made it taller. If you stop by, you’ll notice some other big differences between the real version and its movie counterpart:

1. 55 CPW is not really a “super-conductive antenna designed and built expressly for the purpose of pulling in and concentrating spiritual turbulence.”

2. Concert cellists like Dana probably couldn’t afford to live there, as apartments typically list for millions of dollars. And even if she could swing the hefty asking price, there’s no way a tenant who barks, drools, claws, and sleeps four feet above her covers would ever get past the co-op board.

3. Despite what Dana’s nerdy neighbor Louis Tully (played by Rick Moranis) says, residents are allowed to have pets.

6. Tavern on the Green 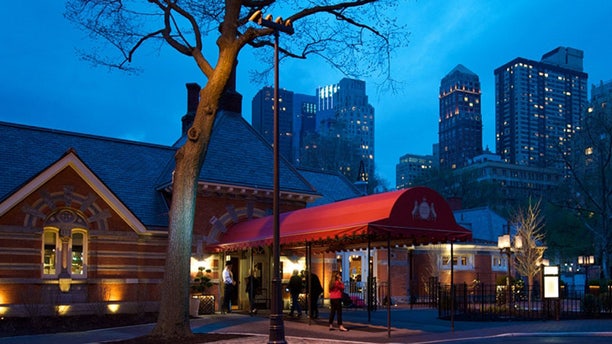 (Tavern on the Green)

Speaking of poor Louis Tully, he’s attacked and possessed by the beastly Keymaster of Gozer right in front of Tavern on the Green (which, like in the movie, really is across the street from 55 Central Park West). Ironically, the New York restaurant spent several years as a ghost itself, having closed for a four-year period beginning in 2009. It’s now operating under new management and is open for your next romantic dinner, Sunday brunch, and demonic possession. 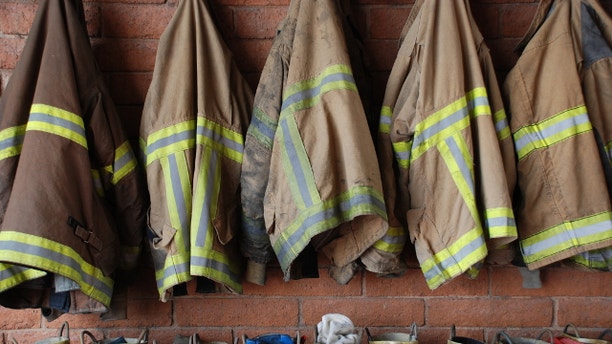 The abandoned building the Ghostbusters convert into their HQ is perhaps the most recognizable “Ghostbusters” landmark. It’s a working FDNY firehouse, so accommodating “Ghostbusters” nostalgia is not its primary purpose. Still, visitors report the firefighters there generally welcome their house’s connection to movie history. Earlier this year, we saw that connection honored in a poignant way. When Harold Ramis, who played Egon, died in February, the firehouse transformed into a mini-shrine; firefighters hung the ”Ghostbusters” sign and fans left Twinkies — Egon’s chosen prop for explaining pyschokinetic activity — in tribute. 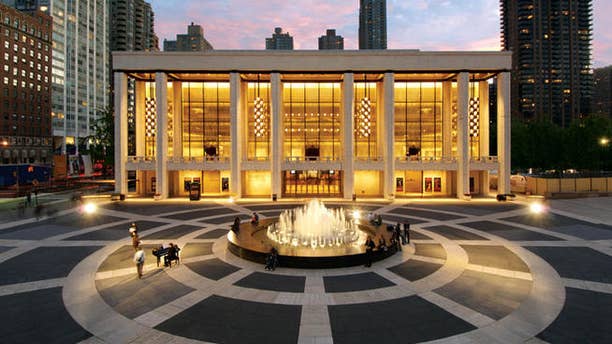 This locale doesn’t exactly play a big role in the film; it’s where Sigourney Weaver finally agrees to go on a date with Bill Murray. But recreating the celebratory spin Murray does in response is the perfect way to end your “Ghostbusters” birthday pilgrimage. Hopefully, the experience will rekindle your appreciation for that timeless comedy classic. And the time you spend exploring the always-exciting New York will have you shouting the movie’s final line: “I love this town!”

Bathe in a Champagne Glass or Make Out With a Giraffe: Awesomely Odd Hotels Around the Globe

How To... Get the Best Summer Airfares