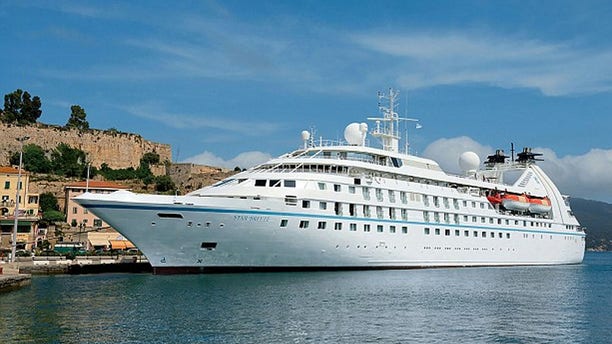 Windstar’s 212-passenger Star Breeze cruise liner can be rented for a private cruise for about $600,000 to $1million.

According to Bloomberg News, more cruise lines are renting out their commercial ships for private hire.

Of course, anyone could afford the steep price tag would have to a superstar or a billionaire—or both.

For example, Windstar’s 212-passenger Star Breeze cruise liner was rented in 2015 by an unnamed person during the Monaco Grand Prix. Bloomberg reports that a seven-day trip on one of Windstar's 212-passenger Star-class ships could cost "from $600,000 to $1million."

By comparison,  a super yacht rental you could pay $731,000 for the same time frame.

So is there really a market?

Bloomberg notes that this luxury market niche my be spurred on by the super wealthily who feel limited by the number of guests allowed on even the largest of mega-cruise ships, which depending on the type of vessel, can hold between 12 to 36 passengers.

Last year, Hollywood director Steven Spielberg and Russian billionaire Kirill Pisarev both made headlines for ditching their multi-million dollar superyachts because they were too small.

There is an upside for people to rent these larger ships. Believe it not, it may cost the host less per person to invite someone on larger ships, due to the economies of scale.

The downside may be the lack of superior service you get on a private yacht or that some of these larger ships may not be able to anchor in smaller, more intimate spots.

But there's enough of a growth market that it's influencing the design of vessels newly-ordered by many major lines, noted Bloomberg.

Ships such as Crystal's 62-guest Crystal Esprit are made for private charter. Also France's Ponant has added four vessels to its fleet, each with just 132 cabins.

And with the world's most expensive yacht, the Eclipse built by Russian businessman Roman Abramovich, valued at a cool $1 billion, the $600,000 rental price seems down right reasonable.