A Walt Disney World guest was arrested and charged with battery for allegedly groping a princess character while taking a photo, a police report confirms.

Brian Sherman, 51, was visiting the park with his wife around 12:10 p.m. on Saturday when the pair went to take photos with Disney World characters at the grotto area of the Magic Kingdom. 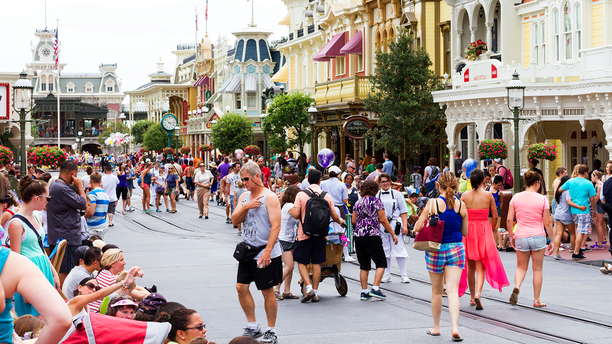 The guest was charged with battery after the incident was reported to law enforcement. (iStock)

According to a police report shared with Fox News, Sherman “placed his right arm around” her shoulder, making her “immediately uncomfortable.” As her co-worker was tending to the line, Sherman allegedly lowered his arm until he was cupping the woman’s bra.

Other cast members told Sherman to pose in a different way so he would not be touching the woman. However, before moving, the man placed his hand under the woman’s costume and cupped her breast with his right forefinger and thumb “with only the thin skin-tight fabric” between, police said.

The Disney PhotoPass photographer took the pictures, which the employees used to identify the man to law enforcement. 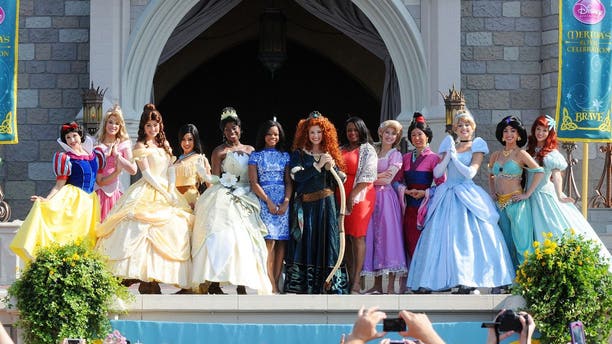 The man was accused of groping a Disney Princess during a photo-op (not pictured) in the grotto area of the park's Magic Kingdom.  (Photo by Gerardo Mora/WireImage via Getty)

Once Sherman left, the woman “began shaking and crying” and the grotto area was closed immediately, according to the report.

The Disney princess reported the incident, which she said lasted about four seconds, and police officers were called to the scene. Sherman was arrested and charged with battery.

According to reports, the woman plans to press charges and would testify in court.

In a statement to Fox News, a representative for Disney World said police handled the incident as soon as it was brought to their attention.

“Orange County Sheriff’s Office was on site and immediately stepped in, and this is now a law enforcement matter.  Everyone should feel safe at work, and we encourage Cast Members to come forward in any uncomfortable situation.”