Budget cruises that don't skimp on the wow factor

While cruises can be expensive up front, the cost of the trip — since it includes food, lodging, and transportation — can actually come out cheaper in the end, especially if you want to visit multiple far-flung destinations.

Fortunately, cruise lines have also started to offer inexpensive options for many of the most popular trips. To help feed the travel bug and get your wheels spinning, here are some ideas from Yahoo’s most-searched budget cruises. 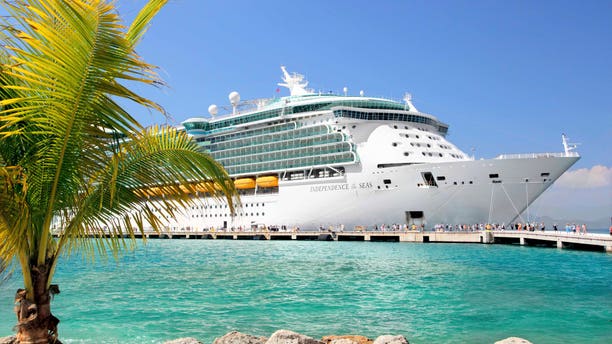 There’s a reason the Caribbean is the most popular spot to cruise to. It’s close, it’s beautiful, and it’s relatively cheap. Take a quick trip to enjoy the sand and sun, or lounge for longer.  Disney  offers great family itineraries, while  Royal Caribbean  takes its name from the landmark destination. Sail from Fort Lauderdale on Royal Caribbean for $319.  MSC  has week-long cruises for about the same price. Once you’re there, enjoy your vacation. 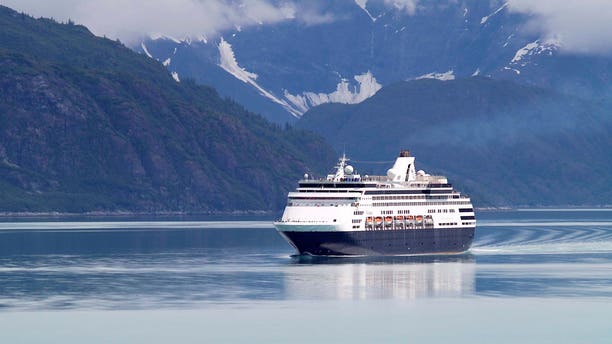 Our wild state to the north, Alaska, has breathtaking glaciers and stunning natural beauty. And there’s no better way to see it all than from a cruise ship. While there are plenty of luxury small boats and adventure trips to Alaska, you can still find budget itineraries for families and couples. May and September are the cheapest times to tour Alaska. You can even get a seven-day trip on Holland America  for as little as $499.  The Norwegian Sun  is a high-end ship with summer trips from $399 to $679. Just know that if you want to make an adventurous trip on shore, with a helicopter trip or a hike up Mount Denali, it’ll probably cost quite a bit extra. 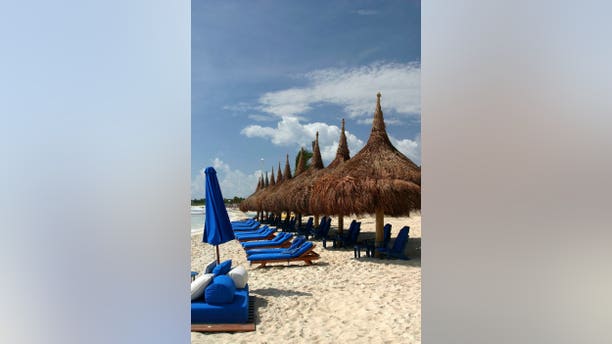 Along the western coast of Mexico are a collection of cities and lagoons referred to as the Mexican Riviera. Trips typically include stops in Baja California, Puerto Vallarta, and Mazatlan. While some lines have decreased the number of trips they offer in recent years, Mexican Riviera cruises are still among the most popular, especially leaving from San Diego or Los Angeles. For just a couple hundred dollars, you can take a three- or four-day trip around Mexico on  Norwegian ,  Carnival , or  Princess.

4. Mediterranean budget cruises: The place to be 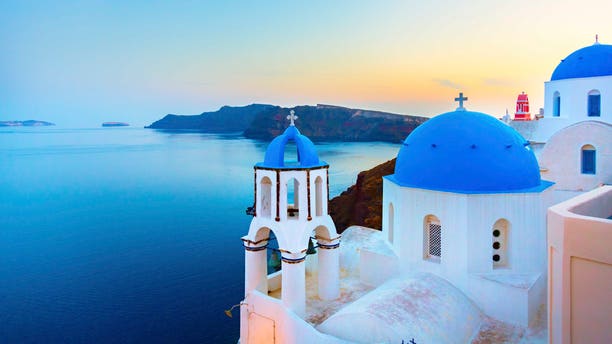 The Mediterranean is a popular summer spot, with dozens of boats cruising from Athens to Barcelona to Croatia. That means prices can be slightly cheaper in the spring or fall off-season, especially in October or November. (Of course, it can also be a little chillier in November.) Because of all the options in the Mediterranean, though, you can find good deals almost any time on  Disney , Carnival , or  Celebrity .  Costa  even has trips as cheap as $399, so you can dip your toes into cruising.

5. Bermuda budget cruises: A port in the sea 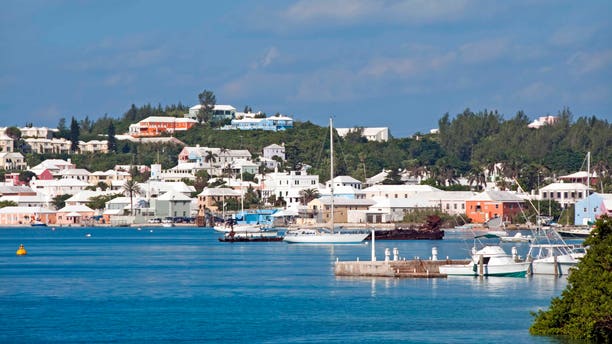 Getting to Bermuda, far off in the Atlantic Ocean, can be expensive, but once you’re there the beaches are free. Enjoy the beautiful bays and the historic old town of St. George’s. Most trips leave from the East Coast, and you can find occasional deals.  Celebrity’s Summit  is currently offering a $1,099 seven-day itinerary — for next summer, so plan ahead. Or you can take a 19-day trans-Atlantic trip, with a stop in Bermuda, for $1,459. There are also inexpensive Royal Caribbean  Bermuda trips and, as a plus, Royal Caribbean also tends to offer affordable on-shore excursions.

6. New Zealand budget cruises: Fjords and fish down under 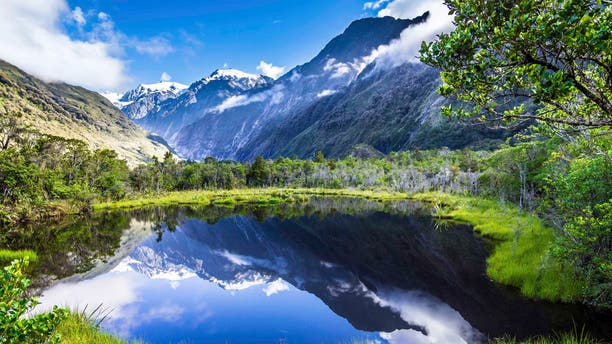 New Zealand may be smaller than its nearby neighbor down under, but the country has more than you can see on one trip. Visit the Great Barrier Reef, see koalas in their natural habitats, or climb snow-packed mountains. Most itineraries stop at Auckland, Wellington, the Bay of Islands, and Fiordland National Park.  Royal Caribbean ’s Explorer of the Seas has a number of $1,200 to $1,400 trips, and  Princess  offers moderately priced nine- and 10-day itineraries. 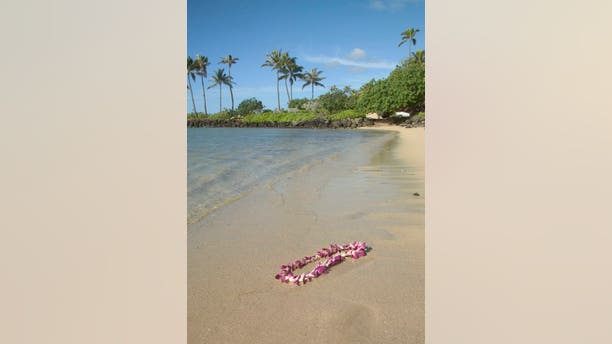 Garland of flowers washed up on the beach (iStock)

Who doesn’t love a trip to Hawaii? It has beaches, waterfalls, sun, and sand. The only problem is that getting to our most tropical state can be expensive. Cruises are cheapest during Hawaii’s rainy season from November through February, though prices rise around holidays. While there are itineraries that leave from California, the best bet is a trip that starts in Honolulu and visits multiple islands.  Norwegian’s Pride of America  ship has one-week trips as cheap as $899, and  Carnival  offers a similarly priced itinerary.

8. South American budget cruises: Too much to see 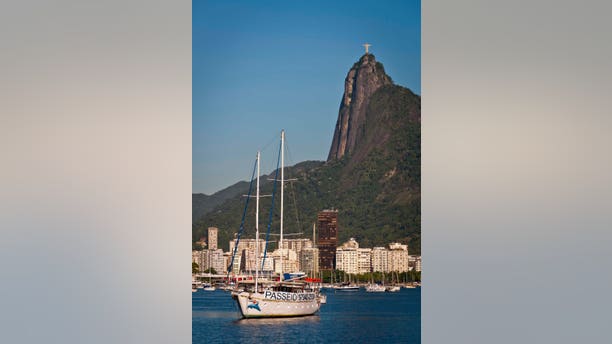 South America is big and there’s lots to see. That means there are plenty of options, without ever risking the boat congestion of other popular cruise spots. You can take a trip around the horn, through the Amazon, or all the way to Antarctica. Both  Royal Caribbean  and  Costa Cruises  offer shorter trips for a quick foray into South America. And you can (if you book far enough in advance) find a spot on  Celebrity’s two-week trip  for as cheap as $1,299.

9. Tahiti budget cruises: The best islands in the world 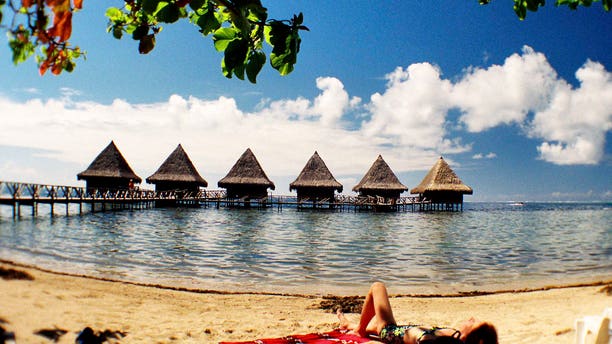 The islands of Tahiti and French Polynesia are not cheap destinations, but visiting them by boat can help cut some costs. You can make stops at multiple islands and on multiple white sandy beaches, all on one cruise trip — including Bora Bora and Moorea, two of the world’s best islands as ranked by U.S. News and World Report . While longer cruises leave from Australia and the U.S. West Coast, most of the shorter inter-island trips depart from Tahiti’s biggest city, Papeete. Try Princess or Holland America. 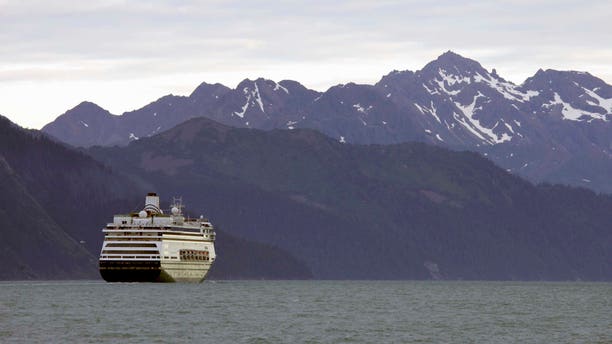 Baltic cruises, or Northern Europe cruises, can be a cheap way to see the breathtaking fjords and historic castles in the region. Most of the trips depart from London, Copenhagen, or Stockholm, though you can find itineraries from Amsterdam as well.  Holland America  has a seven-day trip starting around $999. Princess  has a similar trip leaving from England for $1,299. And  Norwegian’s nine-day itinerary from Copenhagen is a steal starting at $1,039. A word of warning for the budget-minded traveler: Many of the on-shore shops in Northern Europe can be expensive.

What it Looks Like When a Plane is Struck By Lightning

Confessions of a Cruise Writer: 7 Things I Hate About Cruising