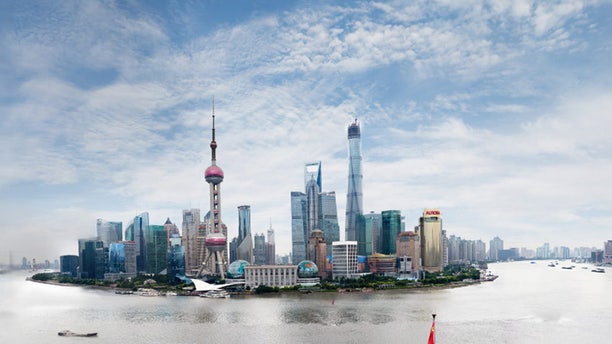 The image captured a strange sight.

To the uninitiated, this panoramic snap of Shanghai’s waterfront is just an amazing shot of the sprawling city landscape — but on closer inspection, a shocking surprise lies in wait.

The mesmerizing 24.9-billion-pixel panoramic photograph has gone viral on the Internet as users zoomed in close enough to see a naked man perched with one leg up on a windowsill, without a care in the world. 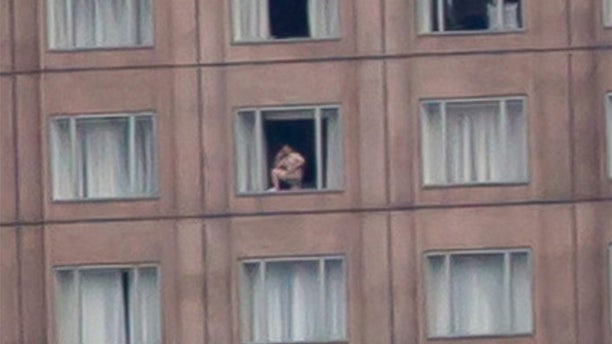 Caught talking on his phone, the man appears to be completely oblivious to the idea there could be anything odd with standing stark naked for everyone to see in broad daylight.

Reportedly staying at the 5-star Pudong Shangri-La hotel along the banks of the Huangpu river, the man amazingly isn’t the only person in the image to have been caught with his pants down.

Another man can be seen ambling along by the waterfront as he grabs his barely-upright trousers with both hands.

This story originally appeared on the Sun.com.