Best markets around the world

Food markets around the world invite visitors to indulge all of their senses, from taking in the colorful sights of fresh produce to smelling the wafting scents of fresh seafood or traditional dishes. Markets have been a part of city life for centuries, and have now evolved to be popular tourist attractions. Locals visit their city’s market to pick up fresh produce, meats, seafood, and spices to stock their home kitchens, while tourists can visit local markets to learn about the culture by sampling local and traditional fare. Markets around the world vary in the products they sell, and many are home to vendors selling produce, meats, seafood, cheeses, breads, spices, flowers, artisan goods, and local handicrafts like pottery and jewelry.

We’ve compiled a list of some of the best food markets around the world, each offering a peak into the cultural and culinary lives of the people who live nearby. Some markets have been around for hundreds of years, like Enfants Rouges in Paris, which opened in 1615. Other markets are new, like Torvehallerne Market in Copenhagen, which celebrates the culinary diversity in the city by offering traditional dishes like duck sandwiches alongside foreign options like sushi. Many markets on our list are wholesale fish markets, like Tsukiji Fish Market in Tokyo, which handles more than 2,000 tons of seafood a day. Other smaller markets, like Mercato Centrale in Florence, provide fresh produce, meats, cheeses, and prepared foods that reflect the traditional cuisine of the area.

We ranked the 45 best markets around the world based on their critical acclaim, how reflective they are of the local region, and the importance of food and drink at the market. The requirements for the markets that made our list are that they are not strictly farmers' markets or seasonal, but instead a market a visitor can stop at to enjoy a snack or meal while experiencing the culture of the city. The result is a list of culinary destinations that invite guests to explore all of their senses and indulge in authentic, traditional, foods. Whether you are looking for souvenirs to take home, a quick snack, or a full traditional meal, these markets offer a delicious taste of culture. 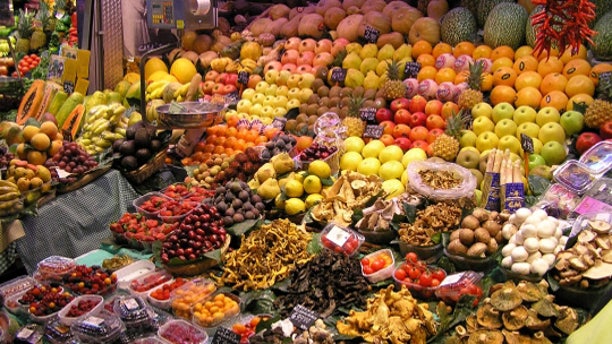 Formally known as the Mercat de Sant Josep de la Boqueria, this market tops our list at number one. It is one of the most popular tourist attractions in Barcelona and one of the best-known markets in Europe. Located on the popular La Rambla boulevard, the large indoor market sells everything from fresh fruits and vegetables to seafood and spices.

The first mention of the market dates back to 1217, when tables were set up near the old door of the city to sell meat. After years of the area changing its purpose and structure (it was originally an open-air traveling market), in 1914 the metal roof that exists today was constructed. Now, the market is home to vendors selling produce, seafood, meat, cheeses, dried fruit, olives and preserves, and ready-made meals.

Visitors can wander the market indulging their senses and sample the traditional Spanish dish, seafood paella, at various stands throughout the space. The market also has two tapas bars, El Quim and Pinotxo, which are always busy with customers. El Quim offers a variety of tapas as well as their specialty — two fried eggs with your choice of topping, like baby squid, ham, and their signature seasonal item, llanqueta (tiny fish). La Boqueria also has a food school that teaches participants about the origin and history of foods, culinary traditions, and preparations. 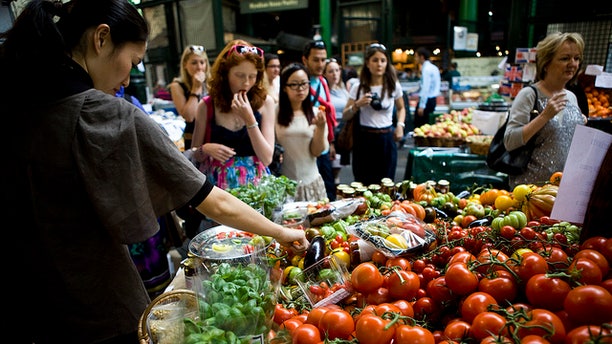 London’s oldest market, Borough Market, attracts locals and visitors alike. With more than 100 stalls, the market, which can trace its roots back to the 11th century, can be difficult to navigate, but is home to a vast amount of ethnic and specialty foods. Borough Market captures the rich culinary history and diversity of London, offering a wide variety of food, like fine cheeses and olive oils alongside creative dishes like ostrich burgers. The full market is open Wednesday through Saturday, and visitors can mingle with chefs and producers as they sample their way through the various stalls. The market sells fresh fruits, vegetables, meats, seafood, dairy, and breads, but if you’re visiting for a meal, there are also many vendors selling prepared foods to choose from. Some notable vendors include Khanom Krok, which sells authentic Thai street food (like mango and coconut sticky rice), and Gujarati Rasoi, which sells British Indian food (like samosas and samosa chaat) made with recipes one of the owners knows by heart. 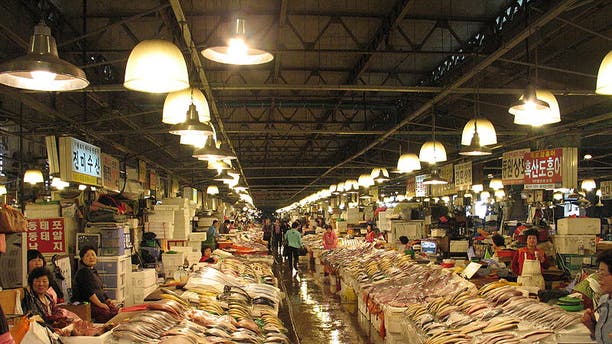 The Seoul Fish Market is both a wholesale fish market and a cultural attraction. More than 300 tons of seafood from South Korea arrives at this market every day, and visitors who arrive early in the morning can watch the fish auction, which occurs every day except Sundays and holidays. Some of the exotic seafood items, like the giant squid tentacles, are sold for hundreds of dollars. Visitors can also dine on the second floor of the market, which houses about a dozen traditional-style restaurants. Many of these restaurants specialize in raw fish, but some also serve cooked dishes like spicy soup with octopus (sometimes served alive!). Fish are available to be purchased all day at more than 700 individual stalls, and once they've selected a fish (or in some cases, octopus), visitors can be escorted to one of the restaurants, like Jinnam Sushi Restaurant, where their fresh purchase is cut and served as sashimi. The Korean specialty is hwae, sliced raw fish placed on lettuce and topped with raw garlic, green pepper, and a bit of vinegared red pepper paste. 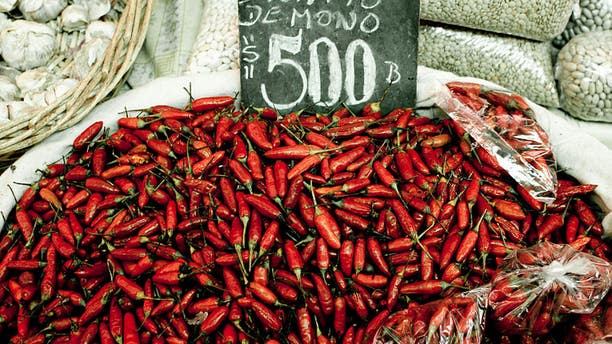 Off the beaten path of the city’s center, La Vega is a hidden gem in the usually crowded Santiago streets. The market is filled with colorful produce and freshly butchered meats, and is a true reflection of the culture of the country, with vendors offering street food like sopaipillas, deep-fried pumpkin dough, to office workers and laborers on their lunch break. Stands around the market sell local treats like freshly blended juices using seasonal fruits (like strawberries, peaches, and raspberries), and tiny restaurant stalls located on the east side of the market are usually packed with locals lining up for Chilean home-style comfort food. Some of these popular traditional dishes served are cazuela (a light soup made with chicken, pumpkin, corn, potato, carrots, and onion) and humitas, mixtures of corn, onion, and lard wrapped in corn husks and boiled or steamed. 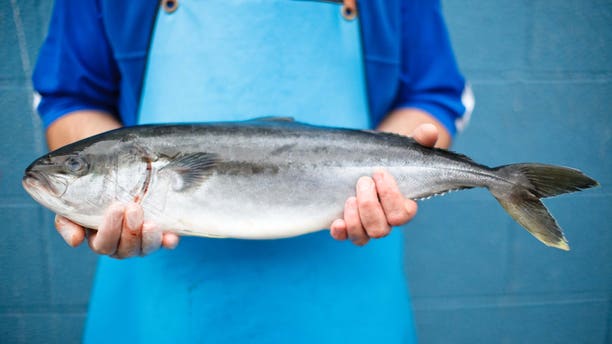 The Sydney Fish Market is a working fish market and is the largest of its kind in the Southern Hemisphere, trading both national and international species. It is the second-largest seafood market in terms of variety in the world, after Tokyo. Visitors can pick up fresh seafood to cook at home or enjoy a meal at the market, like fresh sashimi, oysters, or fish and chips from one of the many retailers, like the Fish Market Café. Guests can also participate in a behind-the-scenes tour to learn more about the bustling hot spot. The market is also home to the Sydney Seafood School, which is one of Australia’s largest cooking schools and works to encourage Sydney residents to eat more seafood. 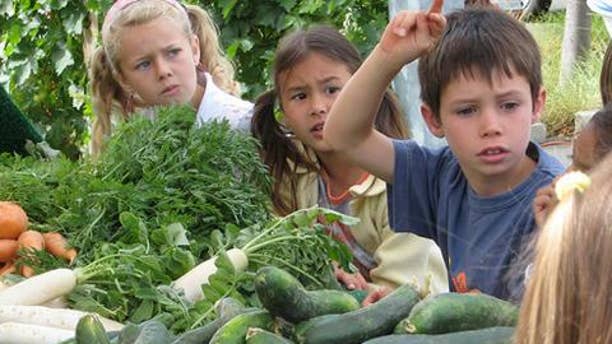 Located in the historic Ferry Building, San Francisco’s Ferry Building Marketplace is home to stores selling foods in all of its forms, from fresh, raw produce to prepared dishes. All of the foods sold at the market are of top quality because of the market’s dedication to providing artisan and fresh foods as well as celebrating cultural diversity. The market is designed in the tradition of classic public markets, and in addition to vendors selling produce and meats, there are restaurants and cafés where visitors can enjoy a full meal, like The Slanted Door, the nationally acclaimed Vietnamese restaurant that serves both Vietnamese street foods as well as more complex seafood and meat dishes. The marketplace is also home to the Ferry Plaza Farmers' Market, which is one of the best-known farmers' markets in the world for its variety and quality of fresh products. It is open three days a week (Tuesday, Thursday, and Saturday), while the regular market is open seven days a week. 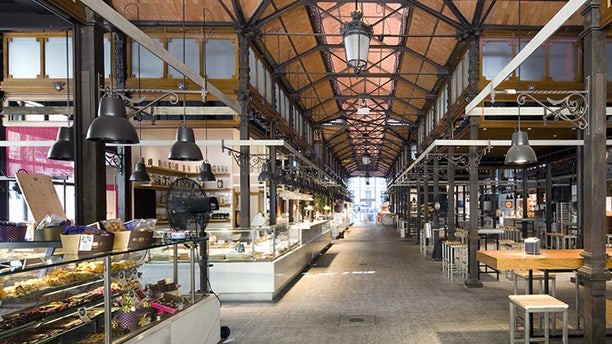 Mercado de San Miguel is housed in a 1916 Beaux-Arts building that was abandoned for years until the market renovated the iron and glass building in 2009. Within walking distance from Plaza Mayor, the building is now a lively food destination, with 33 shopping and dining stalls and a central café area. Each booth is operated independently, and vendors sell everything from fresh fruit and vegetables to frozen yogurt. Guests can enjoy quality Spanish products like tapas, wine, and pastries at iron picnic tables throughout the market. The market is open until 2 a.m. Thursday through Saturday, and late-night visitors create long lines at vendors like Daniel Sorlut, an oyster and champagne bar. 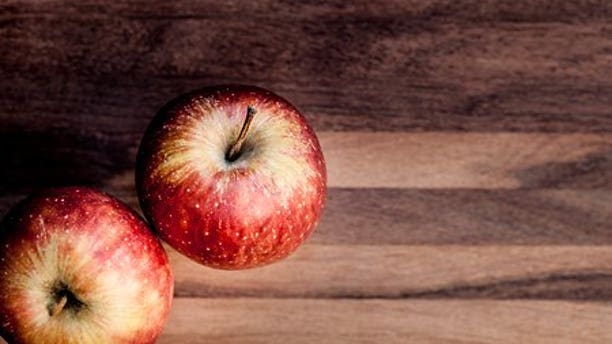 This new, upscale market is the first of its kind in Copenhagen, and has quickly become a hot spot in the capital city. The market is actually composed of two glass and steel halls on opposite sides of the square. The fare is both local and international, and includes foods like organic sausage, artisanal honey, red velvet cupcakes, and olive oils. The structures are home to more than 80 vendors, with dishes like fish and chips (available at Fiskerikajen fish market), beer, and sushi (check out Sushi Lovers) available to visitors. A local favorite is found at Ma Poule, a French-inspired poultry shop selling a duck confit sandwich that people are eager to wait in long lines for. 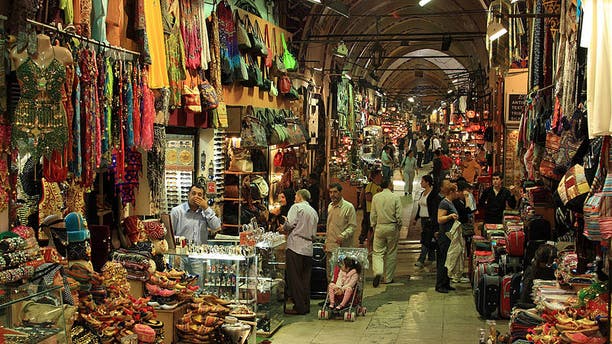 Istanbul’s Grand Bazaar is one of the oldest and largest in the world. More than 4,000 shops spread out over 60 covered streets, and attract hundreds of thousands visitors daily. The market is known for its jewelry, antiques, spices, carpets, and ceramics, but the bazaar is also home to a variety of delicious food finds. It dates back to 1461 and has grown since its opening to now house many cafés and restaurants. Many of the vendors selling food offer authentic Turkish dishes, like Kara Mehmet Kebap Salonu, a hole-in-the-wall restaurant selling a variety of kebabs, including kidney and liver. Located off the beaten path of the bustling marketplace, this restaurant is deep inside the open-air courtyard, which is filled with smaller and calmer shops. 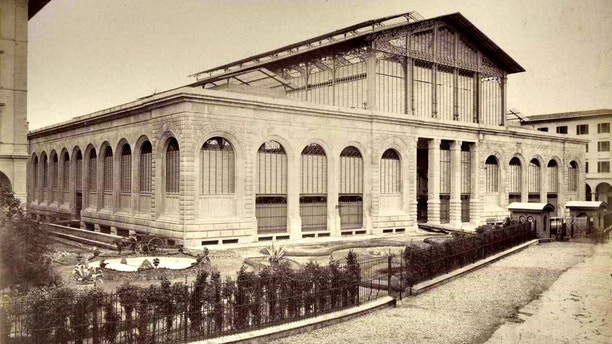 Located in the heart of the Tuscan capital, Mercato Centrale in Florence is home to vendors selling a wide variety of produce and prepared foods. Most foods reflect the Tuscan cuisine of the area, like ribollita, a thick soup made with bread and vegetables, and foods using mushrooms, like truffle-infused olive oil. Vendors sell fruits and vegetables, seafood, poultry, meats, and fresh homemade pastas to guests in the constantly bustling indoor market, located in the heart of the city. The market is also home to small restaurants selling Tuscan dishes. One of the best spots to grab a bite is Da Nerbone, and their specialty panino con bollito (a boiled beef sandwich with the bread dipped in the cooking broth) is known throughout Florence.

See all 45 markets at The Daily Meal

The World’s 15 Most Dangerous Food Destinations