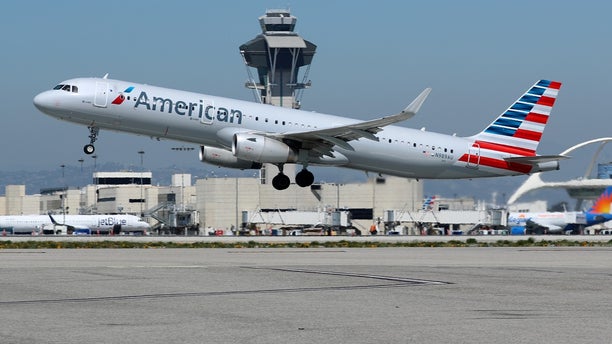 A Los Angeles-bound American Airlines flight was forced to return to New York after the aircraft struck an "object" upon its departure late Wednesday, officials said.

There were 101 passengers and eight crew members aboard Flight 300 out of John F. Kennedy Airport (JFK). No injuries were reported, American Airlines said in a statement.

A passenger who shared a photo from inside the plane managed to capture what she described as a "big chunk out of the wing."

Officials didn't elaborate on what exactly the "object" was that the aircraft struck. When Fox News reached out for comment, the airline said it had “no further comment on the object at this time.”

The flight, destined for Los Angeles International Airport, took off from JFK at 8:40 p.m. local time and landed safely back in New York at 9:09 p.m., taxiing to the gate.

The airline apologized to passengers and said they would be boarding a new aircraft to continue their travel plans.

The aircraft, an Airbus 321, was being inspected and the incident is under review, American Airlines said.