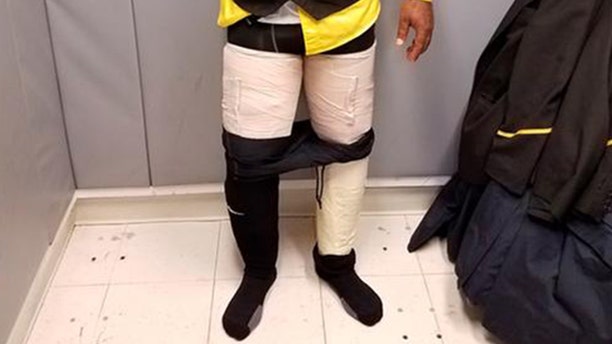 The powder reportedly tested positive for cocaine. Nearly nine pounds of the illicit substance was found among the four packages. The street value was approximated at $160,000, ABC7 reports. 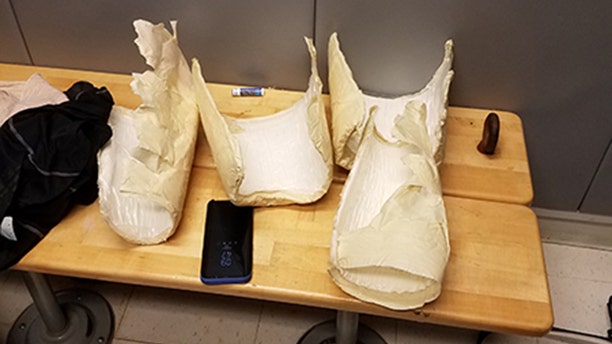 Nine pounds of the substance was discovered and tested. It tested positive for cocaine. (U.S. Customs and Border Protection)

"This seizure is another example of our CBP officers being ever vigilant in protecting the United States from the distribution of illicit drugs," Hayward said, ABC7 reported.

This is not the first time JFK Airport has caught a person attempting to smuggle cocaine by taping bags to their legs.

Almost exactly one year ago, two people were caught with 5 and 10 pounds of cocaine, respectively, strapped to their legs.