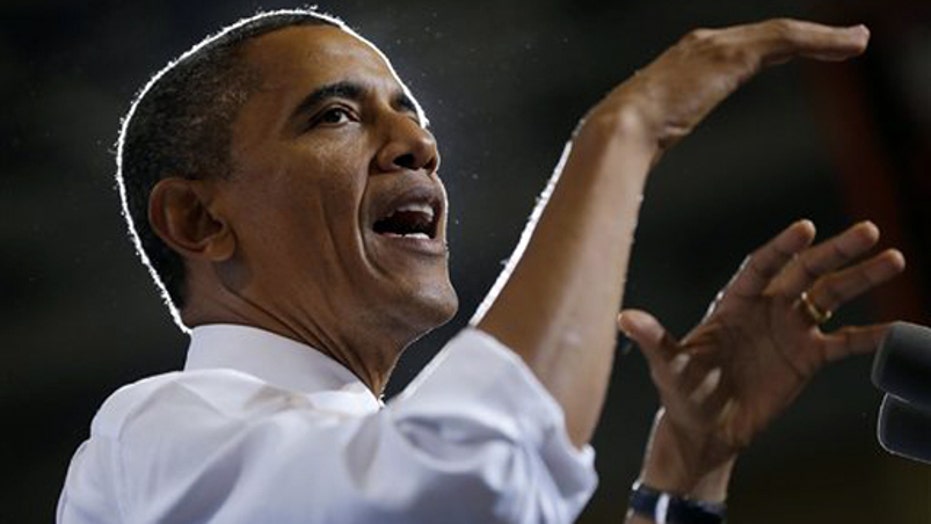 TODD SCHOENBERGER: It's not only going to go higher, but we're looking at hundreds of thousands of jobs that will be eliminated because of higher taxes. You can simply look at small business owners. Small businesses are comprised of two thirds of jobs created in this country over the last ten years. If you're going to raise personal income tax, then they're not going to have enough money to go out and hire. We all have to be prepared because the labor picture is going to get really fragile.

JULIAN EPSTEIN: The most definitive study that has been done on this is one by a non-partisan agency that Republicans and Democrats agree to be the ultimate authorities, the Congressional Budget office. They looked at this question and they found that raising the rates in the top two percent will have virtually no impact on GDP and job formation. The Republicans in congress didn't like that study so they asked the CRS, the Congressional Research Service to review the data and come up with their own conclusion. Guess what? The CRS looked at this and said the same thing. That it would have almost no impact on job creation and GDP formation. Almost all of the economists seem to be unanimous about this. The Obama plan which raises the rates on the top two percent will have virtually no impact on job formation.

GARY B. SMITH: Ernst and Young did a study that said raising taxes on the rich would cost seven hundred thousand jobs. The CBO which Julian likes said that if we allowed all the Bush tax cuts to not expire and the AMT, the alternative minimum tax would be addressed. That's one point eight million jobs. Julian is a wealthy guy, he earns a lot of money and if he's going to have less money to his bottom line next year, I guarantee that Julian would have to cut back on the landscaping that he does and probably the guy that drives his car. It doesn't make sense if you look at the numbers, or whether you look at it anecdotally. It doesn't make sense that people's bottom line will be cut and there will be no jobs lost.

JONAS MAX FERRIS: Both studies are right. There are CBO studies with over a million people and there are ones that have less because to Julian's point, if we just raise taxes at the high end, it is not enough tax revenue to close the huge deficit we're running. That might not have a huge effect on the economy. However, with taxes across the board let's not forget the spending cuts that are automatic in the defense industry. The defense industry alone is looking at hundreds of thousands of job cuts next year if those mandatory cuts go into effect. Bottom line is that the government takes money out of the system by cutting spending and/or raising taxes. That means that people are going to be out of work almost by definition in the short run, but in the long run it's a healthier economy that doesn't go down the path of Greece. If running a deficit was a great plan in the long run, Greece would have very low unemployment right now, but they do not. We're going to go right back over eight percent if it happens, but in five years we won't be able to borrow money.

TOBIN SMITH: We did a survey of fifteen hundred small business people who are more in the two percent and others that had revenue or earnings of more than $500,000. The actual statistics that we received said that the decision that they're going to make on their business was much more about helping health care costs than it was on the marginal rate going up. A small business person can manipulate that number like nobody's business, but on the Obamacare side we had about seventy-five percent of people who said that it would affect their hiring and that was a much bigger issue than just the marginal rates.

DETROIT OFFICIAL TO PRES: WE VOTED FOR YOU, NOW GIVE US THE BACON

TOBIN SMITH: What scares me is that if she feels so blatant that she could do it this way, who are the people that are not going to be on TV that are sending texts and messages saying, "Dear Mr. President remember what we talked about that if you bring home the bacon that you guys would bring home the bacon to us?" This is an unfortunate example of the realities of this type of political process.

JONAS MAX FERRIS: The question that is coming up more broadly is that right now New Jersey and a bunch of other states are going to get huge bailouts because there was a catastrophe that was beyond their control that would ruin their budgets if they didn't get a federal bailout. If it's a mere budget problem, you shouldn't get a bailout, but if it's beyond the control of the area then you deserve a federal bailout.

GARY B. SMITH: I'm not so sure I'd be so quick to bail out cities that have natural catastrophes because they chose to live there, but that's beside the point. A lot of cities like Detroit are heavily unionized. They invested heavily in these government pensions and now they find as the revenues have dropped off that they can't pay these pensions. They mismanaged their money, and they helped to get President Obama elected. I would say to him, "We did you a solid favor, now you come back and bail us out." Unfortunately, it is the wrong way to go and I don't think anyone else wants to bail out Detroit for their fiscal mismanagement.

JULIAN EPSTEIN: I think the term, "quid pro quo" and "bailout" are both unfortunate terms. The question is whether state or local governments get financial support. You have to separate long term issues and short term issues. Long term issues with the states and much the same way the federal government has to reform entitlement spending, the state has to reform a lot of the pension program. Many state and local governments are already doing that. In the short term however it's another question when you're in an economically very difficult time if the states and local government don't get money. It forces them to raise taxes or increase unemployment, both of which are bad for the economy. President Bush had three efforts to provide state aid to state and local governments that were suffering during an economic downturn. This is something that conservatives have supported in the past.

TODD SCHOENBERGER: If you bail out Detroit who is going to be next? There's a long list. I don't think it's right that if you have somebody out there that's manmade, blew through their budget, going bankrupt and they don't even have a strategy for recovery right now -that I, as a taxpayer have to continue to bail out these other cities. It's just not fair and it's just not right.

GARY B.SMITH: These things always start off as safety measures, and I'm sure that's the intent right now. The government is like this big monolith that just needs revenues as fuel. The easiest way to get revenues is via data. People think that it'll never happen, that they just want it for safety, but the whole reason Obamacare might be successful is because the IRS has the data. It'll allow them to collect all that Obamacare revenue. This is just one step away from a mileage tax and I'm sure you're going to see it if this goes through.

JONAS MAX FERRIS: It helps them determine if the people pretending they lost control of the car are in fact lying. In fact, it could lower your insurance costs because a lot of people get in accidents and pretend that they weren't speeding. Your car already has one of these in all likelihood, unless you're driving a junker, because they've been sticking them in any way without the government telling them to do it. You almost need the government to mandate the standards of what is collected so specific companies don't do what they want to do with the black box. I'm not against technology in cars as long as they don't give you speeding tickets automatically when there are no cops around.

TODD SCHOENBERGER: It's Big Brother watching your every move and it's actually going to try to tell everybody that this is going to improve the transportation budget. Don't forget the bridge collapse on I-35, and now you're talking about all these bridges and you're hearing about how frail they are, and you're going to have all these government officials coming out saying that we need to raise money to improve this. It's that fear factor, so we have to be prepared for it.

JULIAN EPSTEIN: Jonas is right about everything he states about the safety factor. Secondly, the idea that you would use this for a gas tax is silly since we already have a gas tax. Third, the thing you really have to watch out for is the collection of the data to monetize it. Data on where your location is, the kinds of things you buy and where you go - that's the kind of privacy data that you have to have very strict rules to prevent against.

TOBIN SMITH: I have Progressive insurance and I have the little box that tells you where you are. My insurance rate went down four hundred bucks. They also found that they have a twenty percent safer outcome and fewer accidents for people who put them in their car versus people who don't.