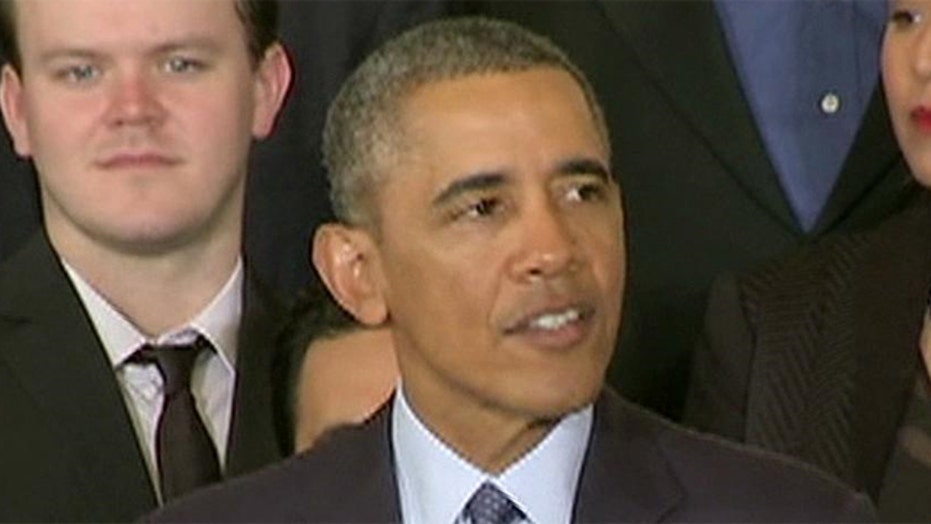 Will new overtime pay rules cause workers to lose jobs?

JOHN LAYFIELD: You are not getting anything done in Washington, D.C. right now. They don't have a jobs plan. We've lost the middle class. The jobs we've added have been lower paying jobs. The only jobs plan they have is to tell companies that cash on the ballot sheet. We want you to use that cash to hire workers you don't need or they're telling people that are paying minimum wage, we want to pay a little more. We want these people to move up to the middle class, but there is no middle class. This should be left to individual states. You should not compare New York to Mississippi. We have a national agenda. This agenda is not about workers, it's about all politics pure and simple.

SASCHA BURNS: It's counterintuitive to think it would send more people to the unemployment lines, because what it would do is have an employer hire somebody else that could avoid extra overtime. Overtime is not a new idea. The threshold is not a new idea. What the president wants to do is raise the threshold by adjusting it to inflation.

GARY B SMITH: It doesn't work; you can't force the market to do what it won't do. I guess Obama's thinks that "These fat cats in these companies are sitting there hoarding all these billions of dollars to themselves." That's not how it works. When a company pays more wages in overtime, they have less profit. Those profits are used by the company in the form of retainers and they're giving the money back to shareholders with dividends. They grow the company further down the line. It shows a basic misunderstanding of how businesses work.

JONAS MAX FERRIS: Decreeing overtime by executive order doesn't make any sense. It's hard for the government to move the profits from the company to the laborer, whether it's minimum wages or time-and-a-half or whatever. It doesn't work.

TRACY BYRNES: People are barely working 40 hours. So why are we begging for overtime? If that was the case, it would mean the economy was booming. We are not even close. They are living in la-la land down in D.C.

GARY B SMITH: The problem is when the federal government gets a hold of gas taxes; they divert it to silly things like magnetic levitation trains and bike paths. This money goes to every other government slush fund. When it does get spent, the government uses it inefficiently. If we want to fix this, there are two ways: you can private advertise it like they did the highways in northern Virginia, which I would be in favor for, or just use a user fee, used in the transponders.

SASCHA BURNS: You are still paying for it. If you have a toll road, you pay it. I don't see what the difference is. Do we all feel like we pay enough already? Yes, absolutely. Is there enough transportation and infrastructure funding? No. We know that because our bridges and roads are falling apart. So the reality is that you can't just sit on the sofa while your house falls down behind you.

TRACY BYRNES: If you live in a state like New York or California, you are already paying 70 cents a gallon in gas taxes. I can't believe it. There is a huge difference between a gas tax and the toll roads, because I often pay both and I run over nails and get flat tires because of roads in this area. I would pay gladly to fix the potholes if I knew they're going to get fixed, but they're not. They're going to some congressional slush fund. Who knows where it goes?

JONAS MAX FERRIS: The government will waste money and misappropriate it and do big things, regardless of where the tax money comes from. The gas tax costs less in collection. It will save the government that money. They haven't raised the federal gas tax forever. Obama doesn't have the nerve to do it. He should. That doesn't add costs the revenue.

JOHN LAYFIELD: I applaud them for doing this. I don't know why a company would not want its board of directors to look like its customers. In some retail places, 80 percent of the shoppers are women, yet 20 percent or less are CEOs. Too many times in our corporate worlds, we're hailing males as our corporate boards. I don't think that's an admirable quality to have in the year 2014.

JONAS MAX FERRIS: We should want our women bossy, not say don't call them bossy. I like the concept; I think phasing out the word is a bit much.

GARY B SMITH: I think that taking issue with this word makes women look weak. Could you imagine any man saying that? This is just silliness.

TRACY BYRNES: Stop looking at your phone and pay attention to your kids!