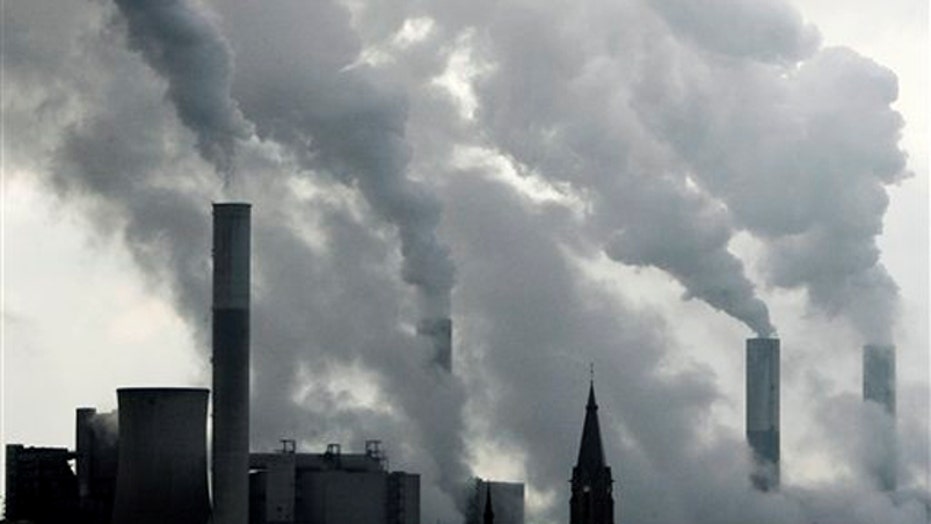 GARY B SMITH: The U.S. Chamber of Commerce already studied it and said it would cost $225,000 jobs, and if you believe that is biased, the best piece of data to look at is what happened to the Clean Air Act. This was passed in 1970 with various amendments and it was studied in 2002, and just through 1987 it costs about 600,000 jobs, and then there was another study done in 2011 and said the cost was over $65 billion, just for the amendments that they put on in 1990. Whatever passed here, it didn't matter if you are for the environment or against it; the point is it is going to cost jobs? Unequivocally, yes.

CHUCK ROCHA: It's going to come out of daddy's pocket, and we have a good case study here. There are nine northeastern states that came together and implemented their own cap and trade program. Since 2009 they reduced emissions 27% and saw economic growth, so this can be done and if the renewable jobs are made in America and putting people in work, I can see a success.

TRACY BYRNES: They will potentially have to raise the cost of the goods they are selling and that is going to get passed on to you and I. Your electricity bill is going up at home and the businesses as well, and they will pass it on. The biggest jobs that are going to be lost are the senate states of Kentucky, West Virginia, Indiana and North Dakota. They had their jobs on the line and they will lose dramatically if something like this goes through. Their jobs are at risk, too.

JONAS MAX FERRIS: This particular policy will create jobs because they are phasing out coal-fired power plants; therefore, they will have to accelerate the building of nuclear and gas power plants. Building a new plant is expensive and it's going to raise our prices, but isn't that going to use more labor than operating a dirty coal plant? We have to get rid of all the dirty coal-fired plants and the not high capacity jobs. As far as the environment, any environmental policy will hurt the economy and that's not what they are trying to do.

JOHN LAYFIELD: Renewable energy creates jobs, but they are talking about punishing coal plants. Remember, the resurgence in the United States in manufacturing is because we have 13 cents a kilowatt hour for electricity, it's the lowest in the world. You will start to see them cost money across the board in many sectors.

IMPACT ON TAXPAYERS IN FOCUS AS CBO STOPS SCORING OBAMACARE

JOHN LAYFIELD: First, the CBO said it's not $1 trillion, its $2 trillion. Now they can't price it at all because it doesn't work. The problem with Obamacare is that people that need insurance are signing up. That's a good thing, because people that need the insurance are getting what they need. The problem is for this to work you have to have people young and healthy who don't need the insurance to also sign up. So that's not happening. Now the entire model is thrown out. These guys never had to answer to a balance sheet or run a business; of course they screwed it up.

CHUCK ROCHA: I run a business myself, and CBO says it's going to be a net profitability, it says there could be job loss in relation to it, and some parts good and some bad. This is about politics. In a presidential year about 130 million people vote, in a non-presidential year about 85 million people vote. Each side is trying to throw each other red meat, and on the red side you will throw Obamacare and Benghazi. On the blue side you're going to throw the minimum wage and a bailout of education.

GARY B SMITH: The Administration said Obamacare would cost $.9 trillion, and now we are triple that in a short period of time. Now, of course, they say, who knows what the number is going to be. Now you are losing your insurance and doctor. It's just a mess. We could have solved it by saying we are going to pay for the uninsured.

JONAS MAX FERRIS: Insurance was the point of this. If you go to the CBO site right now, there's an update in April that raises the revenue and cuts costs from the February thing. You are acting like it's getting worse, when in fact the CBO currently thinks it's going to get better. There's a lot of moving parts. This is profitable to government. There are a lot of mistakes, but it has a revenue plan unlike the Medicare drug plan. Part of it is tied to the stock market; it is a capital gains tax on rich people. If the market keeps going to $17,000 this week, it gets more and more profitable.

TRACY BYRNES: We are spending tons of money, and you can't score anything you have never read, so nobody really knows what we are going to spend on this. If we continue to try to appeal it and fight it, we spend more money that we were not intending on spending, because that's coming out of a taxpayer's pocket every time it goes up to appeal. We are not entirely sure we are getting what we paid for.

GARY B SMITH: When you take out a loan, any kind of loan, you are obligated to pay it back, not put on everybody else's shoulders.

JOHN LAYFIELD: It doesn't fix the problem at all. It's like giving a person with a brain tumor an aspirin for their headache. This is about fixing a symptom, not the problem. The problem is college and student loans, and the problem is not fixing the people who made a mistake or are a victim of predatory lending by taking from the rich and then bailing them out. We need to fix the system. It's broke.

CHUCK ROCHA: Let's think about these young people. We are not talking about the kids who aren't going to school. We are not talking about children who decided they will give up and sit on daddy's couch and eat Cheetos and smoke dope; we are talking about kids who are trying to go to school. If we do anything as a country, we need to make it easy as possible for those of us that want to go to school and get a job, and this may not be the thing to fix everything, but we should be doing everything we can for those who want to do right.

TRACY BYRNES: If we want to do right by our kids, we need to stop handing out free money to them. It's allowing colleges to raise tuition. A bailout is not going to solve the problem. We have to get to the root of the problem on this. We can't just hand the kids bailout money because that will push the problem off.

JONAS MAX FERRIS: These students are paying 7% and the government is borrowing money at 0% today and they are making the spread that no bank in the word can legally make. It's currently earning $40 billion a year to profits, and they are talking about reducing the interest rate to that that students paid in the '90s when the government would borrow at a higher rate, and that's not really a bailout, it's reducing the revenues we are going to make off the loans. And the other half is not solved. They borrow too much. This only deals with the rate problem, and it's too high. Why should students pay higher rates than home buyers?