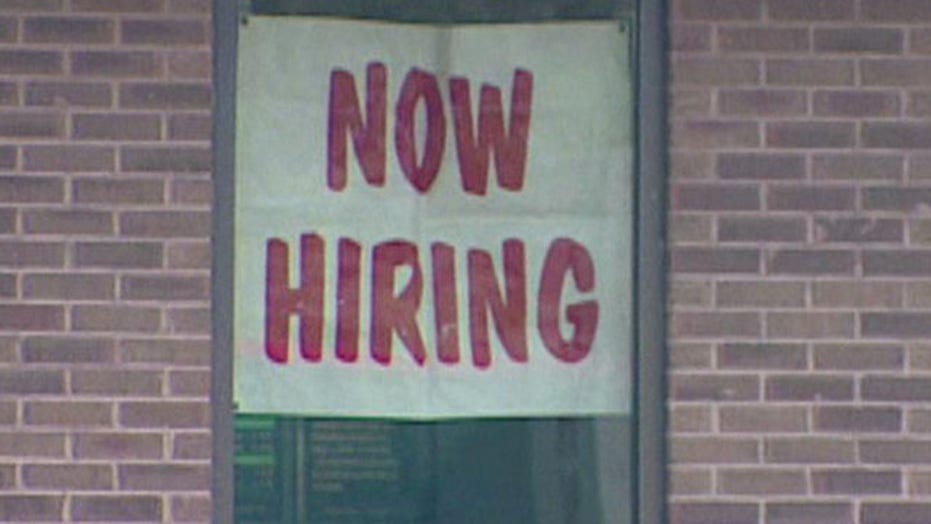 GARY KALTBAUM: $430 million given to Hollywood producers so that they can produce movies in the U.S. than in other places - it's crazy! Look, when you continue to raise spending it ends up being a tax on the economy. It keeps the head winds on the economy. We are still at 7.8 percent and if you add in the people that came out of the workforce it is more at 11 percent. It does nothing because government is inefficient. There is no profit motive and the inefficiencies won't do anything for the economy going forward.

JONAS MAX FERRIS: You can make the case in the long run that running up the deficit and pork spending will cause a fiscal collapse and a crisis that will lead to a major recession. In the short run for jobs for 2013 look at the example that was just brought up. You give them a tax credit to make a movie in America - if they make the movie in Canada wouldn't that create fewer jobs in the U.S. than making the movie or the commercial here? It's increasing the federal deficit, but it's also going to make jobs this year. The same with building NASCAR race tracks - you wouldn't have built the race tracks without credits from the government. It's not a great policy in the long run, but it will definitely create jobs in the short run next year.

GARY B. SMITH: No one can disagree that stimulus spending creates jobs. We're all in agreement about that. The real question though is, "Is that dollar better spent by the government or by the private sector?" This has been studied. What does the dollar create in the GDP? The multiplier for government spending and stimulus spending is 0.64. That means that every dollar you and I give to the government in the form of taxes raises GDP to 0.64 cents. It says right there that no matter if you think that it's great to have wind farms or have Hollywood producers getting breaks - the money is spent inefficiently. It's much better spent in the private sector. We could spend all the money we want on stimulus, but it's not going to create as many jobs as if you and I had spent it ourselves.

CAROLINE HELDMAN: History has proven that the only way in which we stimulate an economy when it's in a recession, such as the one that we're in, is through government spending. I would challenge the stats on the multiplier effect. That has a lot to do with money going to the service sector where it has almost no effect. Most government spending, especially the recent stimulus has an incredible multiplier effect. In fact, Zandy is saying that we have about 2.6 million jobs saved or created and other estimates range from one to four million - CBO estimates. We're all in agreement that stimulus spending does stimulate the economy.

TOBIN SMITH: If you go back to the big story here, in this particular round of pork - which is a gigantic round of about $65 billion, you realize that corporations in the United States with all the taxes that they've paid in 2012 was about $150 billion. On a big scale here what we're saying is that we're giving almost half of what they've paid in taxes back to big corporations in pork. Gary B., these are pork deals; this is not the government putting money in, this is the government giving a corporation a benefit for spending money. If your argument is right Gary B., then this should be good. The bigger issue is that we're in an age now where we just talk the talk about how we're going to fess up and do the right thing. The minute 2013 came we did the exact same thing that got us into this mess.

CAROLINE HELDMAN: I think they're underpaid. When you look at the average amount that a CEO and a publicly traded company in the United States makes it is $9.8 million and members of Congress, respectively in the House and Senate, make one hundred and seventy five to one hundred and ninety-five. Why is it that the highest elected officials in our Nation are making one fiftieth of what our corporate titans are making? I think that if we paid them more they'd do a better job and they would be less beholden to special interests.

GARY B. SMITH: The CEOs and major corporations actually add value to the economy? I don't think you can make that claim. I think it's the wrong argument. We've been arguing for years about this pay freeze, and what I don't understand is why there is not a merit system there. I'm sure some lawmakers work their tuckus off, and they do deserve a massive raise. I'm sure others goofed off, went to play golf and got their hair cut at the barber shop. We need to get rid of the across the board raise for everyone and go to some merit based system like the real world does.

JONAS MAX FERRIS: It does sound nuts that there is hundreds of thousands of workers that have this automatic increase. Was that Russia? It's bizarre, but what would the alternative be? Yes, a merit based system - but who is going to be the manager that decide who is the good worker and the bad worker who gets a raise or who gets promoted?

GARY KALTBAUM: These people don't deserve another nickel in this point in time. They are supposed to be the guardians of our treasure with the money we make and give to them. They have all put us into a $16 trillion hole. The next six years of taxpayer dollars have already been spent. That is an unmitigated failure. To think that they should get any more tax dollars from us for putting us in this position - I don't think so.

TOBIN SMITH: I'm intrigued by the concept that if we paid our lawmakers more that we would get better lawmakers. The lawmaker many times is paid in other ways. One thing he or she does quite well is to raise money and if they were to raise part of their salaries by raising money - then hey, I'd be all for that. This idea that somehow we are in a position that lawmakers have earned a higher salary based on the output that they've performed is just ludicrous!

JONAS MAX FERRIS: I definitely think that an employer in the private sector should be allowed to fire somebody for just about anything that isn't discrimination, essentially. Think about the implications here like, "I don't want my Starbucks being served by somebody who has the flu who could've prevented it. Why should I catch that? Why would the boss want to pass that onto other costumers?" If they have a rule you don't have to work there. You can leave. If you want to work where you're allowed to have the flu and not get fired, then have a job like that. This is the kind of thing that an employer should be allowed to do even if it sounds like they're infringing on your rights. It's no more than saying that you have to wear a certain uniform or maybe get fired if you're overweight and trying to be a lifeguard.

CAROLINE HELDMAN: I can't imagine giving employers the power to do this. Many employers are already doing this - firing people for not getting flu shots. The fact is that flu shots only have marginal benefit because it's often hard to predict which strains are going to be the most deadly or spread the quickest across the nation. Those who get the flu shot - 2 percent get the flu versus 3 percent who do not get it. Giving employers this power is like telling employers that they can tell their employees they can't smoke or eat fatty foods. It's just an invasion of our privacy.

GARY B. SMITH: I think flu shots are a hit or miss, but Jonas has the more valid point. Employers unless they're infringing on rights somehow should be allowed to do whatever they want that increases the bottom line. When I worked at IBM I had to wear a white shirt every day. It was stupid and I didn't like white shirts, but that's what they thought helped to sell more computers so I wore a white shirt for crying out loud! I also couldn't drink on the job. Maybe I wanted to have a beer at 4 o'clock, but I couldn't! Employers do all kinds of crazy things, but you know what - that's their right.

TOBIN SMITH: I'd mandate the flu shots for employees that are going to work around other people. If you work at home then don't get a flu shot. If you're going to be in an office not only do you have to get a flu shot, but if you're showing flu symptoms we'd kick you out. People try to toughen it out and all it does it get more people sick.

GARY KALTBAUM: If I'm a company and I have forty-five workers and twenty-five of them get the flu and they're out for a week - it's going to hurt my business. I think corporations and small companies should have every right to take care of the health of their employees or else. I think it's very important. If you don't do something like that and everybody gets sick then that hurts everybody. I have no problem with it being done.