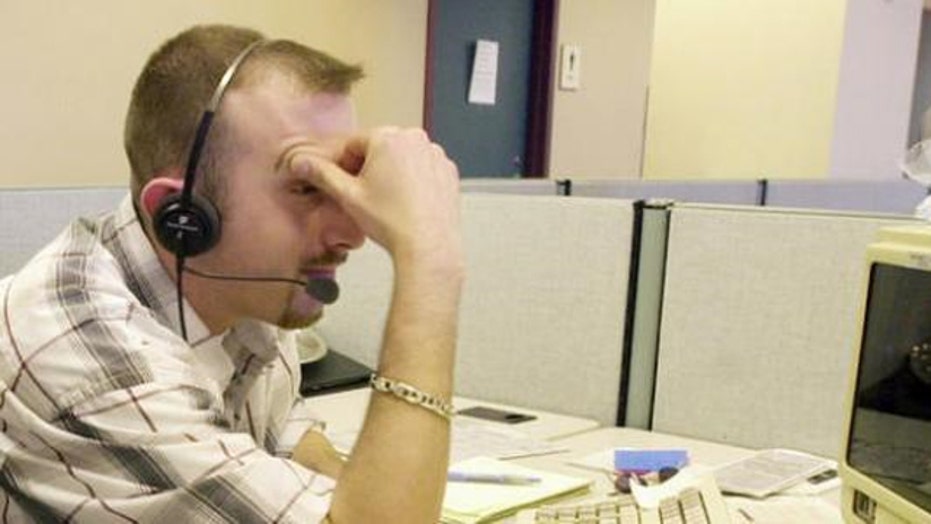 Whistleblower: Some ObamaCare workers paid to do nothing

CHARLES PAYNE: We aren't surprised but we are reminded. ObamaCare-a lot of that is just fluff. A lot of the stuff is de facto welfare. A lot is de facto payback. The ObamaCare navigators; we knew right out the gate what all of that was about. It does beg: why does government spending so far outpace inflation? Why do they make so much more money every single year when the average person watching this show-our expenses change, believe me-but every single year they need exponentially more money to run the same government they ran the year before, and we never see anything from it.

DAGEN MCDOWELL: That's what is disgusting about it: the total lack of accountability in the government among the workers, among the managers, and the very representatives we elect. The bigger the government gets, the worse it gets. We can go through the list. What about the IRS employees getting bonuses even though they didn't pay their taxes. Remember the 220 conferences that the IRS spent $50M on. It goes on and on every year.

CHARLIE GASPARINO: I want to just get this out there, on the record, after five days in Vegas: I have no problems with the lap dance part of this. I'm not a hypocrite so I just want to get that out there.

ADAM LASHINSKY: Charlie is doing something he's so good at, which is changing the subject, so let me go back for a moment to Charles because I don't understand the "wink wink" about hiring people to explain and to help citizens get onto a complicated new system. I'm not sure what the "wink wink" is you're referring to.

ADAM LASINSKY: This development is probably not good for the economy, but I think it is good for these young people. Our instinct is to say this is slacker behavior: "don't get married, don't buy a house". It's actually responsible, prudent fiscal behavior. I can't afford to get married, I can't afford to buy a house, so I'm going to wait until I can't build up a nest egg and then do those grownup things.

DAGEN MCDOWELL: Come up with any excuse to avoid getting married before you're 35, because you're going to get divorced anyway. Ultimately it's along the same lines. If you can borrow less money to go to college, and then spend that when you get out of college on getting married, on a house. If you can prioritize differently what you're going to spend, whether it's borrowed money or not, it will ultimately be better for the economy because you go out and buy a house-- hugely simulative versus pouring all that borrowed money into a university.

CHARLES PAYNE: This is a grand dropout nation we're in, and I really worry about young people because this idea that they'll grow into some sort of maturity is actually incorrect. I think when you do have that responsibility-if you look at long-term unemployment, the greatest percentage of people that are on long-term unemployment are single with no kids.

CHARLIE GASPARINO: How do you have a down payment when you owe $200,000 in loans? College is so expensive now. I went to University of Missouri journalism school, but it was a state school, and this was like 20 years ago. Now the prices have gone up tremendously. It makes complete economic sense short term, but long term it's really bad. Marriages are good for the economy. You pool your resources, you get through some tough times, and it civilizes men.

DAGEN MCDOWELL: I hope it goes everywhere. I hope every restaurant in the nation-fast food, sit down, fancy-offers incentives to people to make sure that not only their children behave, but they behave as well. In fact, take it a step further: tax people.

ADAM LASHINKY: My wife and I, I'm happy to say we're past the stage where our daughter knows how to behave in a restaurant.

CHARLES PAYNE: I extrapolate this out a little bit further. I don't have a problem rewarding good behavior, but I think one of the big problems in society is parents can't discipline their kids. In other words, there's no punishment for bad behavior. So they get rewarded both ways. The parent has to control and bribe and beg them on the bad side, and reward them on the good side. There's no real, honest punishment.