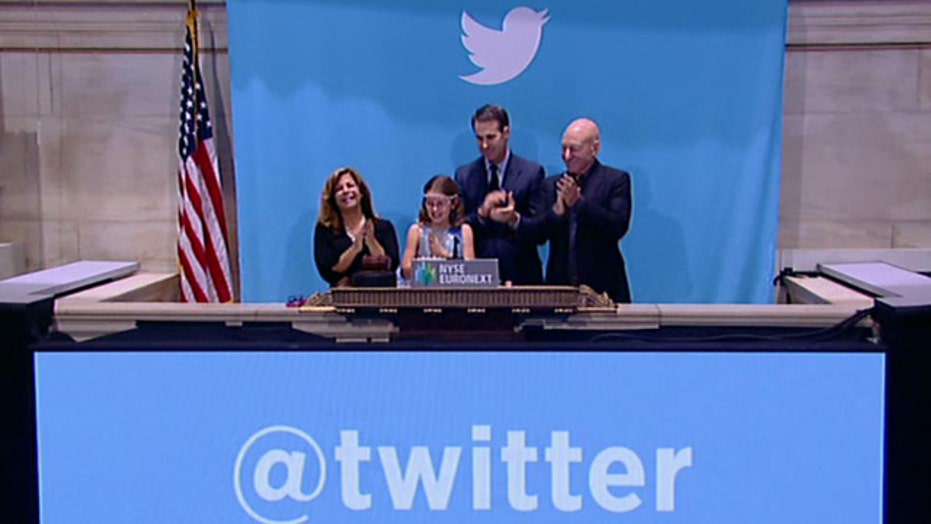 What could White House learn from Twitter's successful IPO?

WHAT THE WHITE HOUSE COULD LEARN FROM TWITTER'S SUCCESSFUL LAUNCH

CHARLES PAYNE: It boils down to one word, accountability. It's what drives the private sector. The bottom line is that New York stock exchange has to please its members, shareholders and investors. They have to go out and do a fantastic job. This ObamaCare exchange, it was driven by two things: ideology and ego. This Administration is not accountable. No one who works for it has been accountable, and not just on this, but a slew of events.

DAGEN MCDOWELL: They should have known better, they should have tested the healthcare exchange website. And they had warnings in April saying there's a train wreck coming down the road, watch out! And they didn't do anything.

CHARLIE GASPARINO: If they needed experts, "the left" of Silicon Valley was right there for them.

ADAM LASHINSKY: This has nothing to do with ideology and nothing to do with government. This is like how Nasdaq screwed this up Facebook's IPO. The private-enterprise oriented Nasdaq made a horrible mistake with that IPO. And it's not like they didn't know how to do this. They did. It's not like they didn't know this was a big challenge. They did. And they screwed it up. So the point is that private enterprise can screw it up and the government can screw it up.

BEN STEIN: Launching something like ObamaCare is about a trillion times more complicated than an IPO, even of a very, very popular website. I think that the point of all points is the sycophantic White House where people tell Mr. Obama what he wants to hear. He sees no evil, hears no evil, doesn't know of any evil. But when something happens, it's never his fault, and nobody ever gets fired. That is a real serious problem. Accountability is everything in government. Everything.

CHARLES PAYNE: This is more in my mind nanny state stuff. There are so many alternatives when you shop. At the end of the day, parents are responsible for what their kids eat and adults are responsible for what they eat. You have to wonder where to draw the line at this, "I know better than you." This is what the ObamaCare is all about. I have a better insurance policy for you even if you can't afford it. That is what it all boils down to.

ADAM LASHINSKY: It's not about the nanny state. The medical profession is clear on this. It's one of these things that it's not even up for debate. When something is bad, progress dictates that we do our best to get rid of it.

BEN STEIN: It's unbelievable. I keep thinking could this discussion conceivably have happened in 1953? Could we have imagined the government telling us what kind of cookies we're allowed to have in 1953? Could we have imagined this kind of interference with our freedom 60 years ago? It would have been unimaginable. And now it's only a minor debate.

CHARLIE GASPARINO: I have no problem with banning trans fats. Why do we need it? The point of the medical profession is that there's nothing good to say about trans fats.

CHARLES PAYNE: If you attack Wall Street and you take away the profits, the poorest people in New York City become poorer and it could ultimately hurt the rest of the country. Forty-four of the Fortune 500 companies are headquartered in the city, so his policies could impact a lot of companies, employees and investors.

DAGEN MCDOWELL: He has a lot of power to give to unions when the city negotiates contracts with 300,000 workers. They want billions of retroactive raises. You watch out if he gives them power.

BEN STEIN: The Democratic Party is seeing how he creamed the Republicans and they are saying leftward, ever leftward young man. That is what's scary.

ADAM LASHINSKY: The high-level analysis is right. The voters are willing to approve higher taxes.