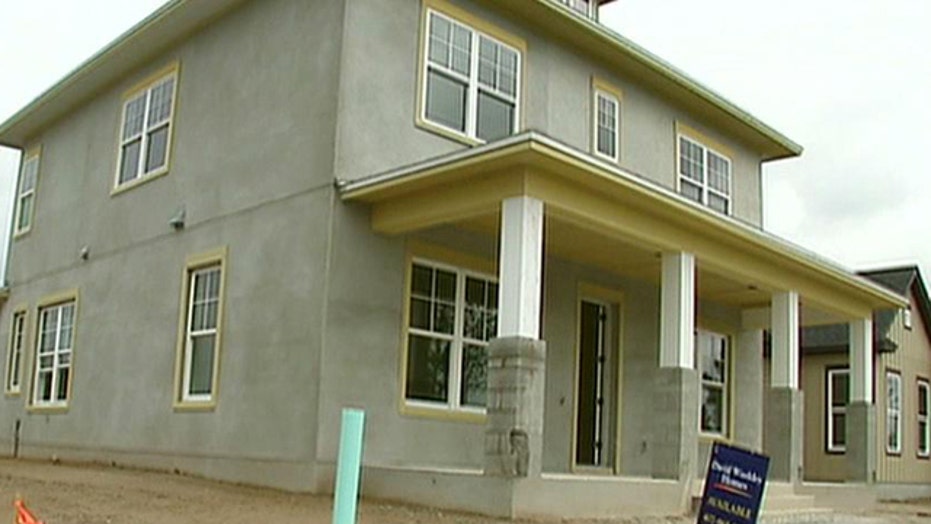 JOHN LAYFIELD: Unfortunately, Brenda, I believe it's a bust. And I wish that wasn't the case. There are a few positive things going on in the economy, but with long-term structural unemployment, not cyclical unemployment and anemic growth, what Gary B brought up weeks ago, the market is detached and that's what's going on in the United States. It's on a run. I don't think that anybody would argue that the economy is on an incredible run so an obvious detachment. I don't think that's going to change.

JULIAN EPSTEIN: John makes a good point. In some ways, it's a tale of two cities. On unemployment between 150 to 200,000 new jobs a month on a six-month average and GDP, looking at 2.3 percent growth in the first quarter - it's pretty good. And the stock market, as you pointed out. We're at 14, we were at 7 some years ago, and so, I think all of those things are good. I wouldn't know, however, that the CBO, everybody's oracle says that the sequestration plan will take about 1.5 percent off economic growth this year. But to Johns point, I think the important point is this. The labor market is the most troubling thing. Not just because of unemployment, but we've seen wages stay stagnant for 12 years right now. Consumer spending is 70 percent of the economy. So it's not just people who don't have job, it's the middle class and neither party, neither republicans or democrats, really have a credible problem to deal with this labor, wage stagnation, we've seen the last 12 years.

JONAS MAX FERRIS: There is a wealth effect. In your 401(k) balance is higher than before the last crash. And it's cheaper, because we've eaten up this crisis, we're through this. This record breaks out we're not going to have a depression like a lot of people are calling for, the negatives you're talking about are real and that's why we're not at Dow, 18, 19,000, if these were gone it's not a wildly overpriced market. It's not tied to unemployment it's tied to earnings and it's at a record high, therefore, the stock market; all other things being equal should be a record level.

TOBIN SMITH: It's not, Brenda. But remember, anybody who has watched this show as long as we've been doing it knows that the economy and the stock market are never correlated except, but one moment at time - right at the top and then right at the bottom. We're not near the top nearly. What has happened though, we've had 506 interest rate cuts around the world in federal banks. We've had 17 trillion dollars of cash money and John Layfield would say, created and put into the system. Where else is it going to go? It's not going to employees pockets as Julian said, it's gone into corporate conference, higher earnings, a lot of parts of the economy, but the market is telling us that we're not in a recession not ahead. We're not going fast, we're not going slow. Earnings are driving this thing and the fed is driving it.

GARY B. SMITH: Brenda, I watch three things. One the stock market, if everyone in the U.S. was invested fully in the stock market we'd be worried now. I think only about 50 percent of the population is invested in the stock market anyway. So, you know, to your point, I don't look at those, I look at the unemployment, I look at housing prices, and I look at household net worth and that's the thing that matters to most people. You look at unemployment, Brenda, you know, that u-6 number that takes into account people that have stopped looking. It's still about 14 percent, it's down from its peak and that's good, but it's still way up since 2008. You look at housing prices, they've been up lately and that's good, but the inflation adjustment, still well below the peak and a lot of people below what is household net worth. That's inflation adjusted well below its all-time high. What you have is an economy, I think, by those indicators, slightly improving. But kind of right between what Toby would say, moving sideways. And I think it could be moving sideways for another five years.

JOHN LAYFIELD: Yeah, that's exactly what I think they're doing. Unions do what unions have always done and that is take care of their members, if they a union head tells the teachers that they're going to start having them accountable, And that they're going to have merit-based pay and allow them to be fired if they don't have a union job - that union head won't be around long. That's contrary to what our kids need.

GARY B. SMITH: Not to exactly restate what John said, the purpose of the union is to ensure high pay for their members and that they have a job. That's what the union is there for. The teachers don't care about the kids; they care about having a job. That's what they're there for. Look what Chicago faces, two things, one, they say they face a billion dollars deficit. What was their solution, I quote, consolidating underutilized schools will allow us to safely move these children to a higher performing, and welcoming school near their home with all the investments they need to thrive in the classroom. How can you say that and the billion dollar deficit and then say the teachers are looking out for the kids? No, the teachers are looking out for themselves.

TOBIN SMITH: It is money, but also demographics, they've had an outflow of people in the areas and citizens who live in the areas, number one. Number two, they've had 20 or 30,000 kids leave the public school where they have charter systems and so they're actually dropping a population of students and exodus of people to better schools and out of the area are why they're closing the schools and they're upside down a billion dollars. It's not about the kids.

JULIAN EPSTEIN: I agree with John Layfield on the merit-based system and that the unions need reform there. I think that he may want to reconsider the comments that the teachers don't care about the kids. Every teacher I've met cares about the kids. It's possible they care about the kids at the same time - we have a billion dollar debt and it comes from the economic turn down and the shrinking tax base. It raises the question, whether we want to follow a European model, making the blind kind of budget cuts at the state and federal level rather than the smarter choices about structural reform and health care entitlement spending. These kinds of things are -- to the point, I don't think this is consolidation; you're going to have huge problems as a result of these school closings. It's not good for the kids or the local economy; it's being foisted on them because the local economies don't have any other choice.

JONAS MAX FERRIS: A good point - you don't just go to teaching for the money. They get a situation paid more, whatever the free market wage would be to get to do the jobs. The union job is to raise wages and when you lower demand for teachers and wages, they've pitched it well making it about the children because people don't want to hear about the compensation plans of teachers and a lot of Americans think they're overpaid anyway. My problem with it -- if you wanted to raise the pay of teachers who make better programs, incentive pay, whatever it is for the student's benefit -- you can make a case for that. Just pay them more than the free market wage, doesn't do anything for kids. Higher wages can make sense, but the way the unions go about it doesn't make a difference for our kids.

TOBIN SMITH: They should, as a matter of fact. I don't know how the real world works. And Layfield is still on AOL, he doesn't have to worry. You have to understand that everything say in social media, you tweet, post, you pin, whatever do you is read and gathered by your employer. If you don't know that, you're a knucklehead. If you're having an affair you don't say something on Facebook that's going to blow up your marriage. About 30 percent of jobs getting blown up these days is because someone said something stupid dumb on there. Guess what, a lot of reasons to fire you, maybe not media, but it will happen.

JONAS MAX FERRIS: This reminds me when people used to say and write stuff in the '50s and black list them and couldn't be in the movies. If you're saying something about your employer or badly about employers that could hurt their sales, then sure - but most people are not at a high enough level in a company that should matter to an employer. Not paid enough to he restrict the behavior and talking about extracurricular activity. Again, if it's not hurting sales, I think you're over the line.

JOHN LAYFIELD: Comparing this to McCarthyism in the '50s? Come on, Jonas, that's the biggest stretch I've heard. If you grab a cocktail and get on your Twitter account and start talking about a boss your dumb self needs to be fired immediately.

GARY B. SMITH: I agree with what Toby and John said. Look, the same as if in the old days, you know, you went out and took an ad out in the newspaper and said, you know, my boss stinks, IBM doesn't pay me enough... et cetera, et cetera. Now, you know, maybe Jonas thinks well, that doesn't matter. Look, all of those negative things matter and people say, oh, maybe IBM is a crummy company and we shouldn't buy the computers and the employees should be fired in that case.

JULIAN EPSTEIN: Jonas as usual makes the right distinction here, there are things that employers should worry about.