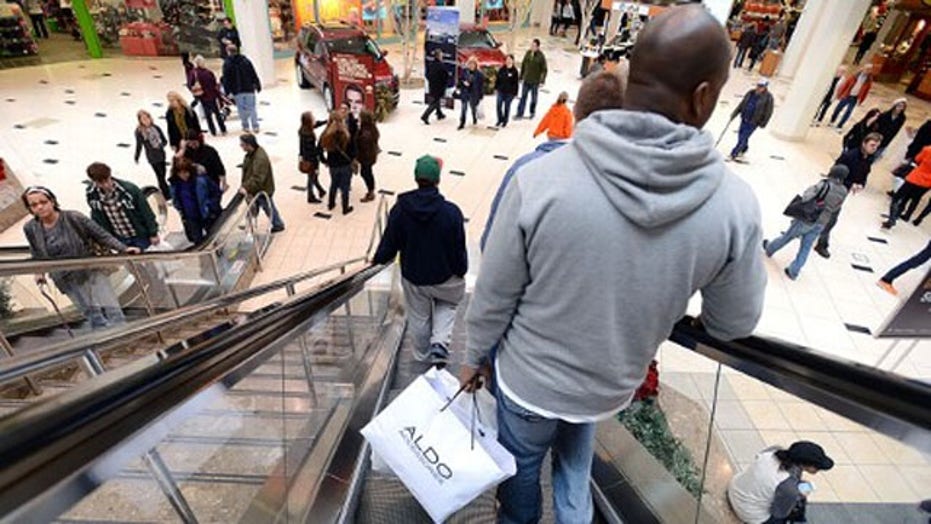 As we find out the economy was shrinking in first three months of year, the administration is planning to spend $1.3B more tax dollars on manufacturing centers in the U.S.

STEVE FORBES: No, David. You just asked the question that 1.3 Billion who would you rather have the money in the hands of? Bureaucrats of venture capitalists? And they aren't putting that money to work because of regulations, taxation and uncertainty. We would have much more manufacturing and much more robust economy.

RICK UNGAR: Look, there's no arguing that this recession has been far more difficult to get out of than previous ones but I think that's the reality of life. Some recessions are going to be worse than others. Some actually reach the level of depression. Where I have to disagree a little bit with Steve is the plan that's being put forth now actually is taking government money to help those in the private markets to begin investing in manufacturing. Not sure why that's a bad idea. I would be willing to bet my friend Steve liked it when Jack Kemp was the first to recommend enterprise own and it was a republican idea.

RICH KARLGAARD: It all sounds good, doesn't it? But the greatest example of a free market versus government assistance that we have that applies to manufacturing is between ford motor and general motors. Ford motor is just at it now and did it all on their own and with innovation and global expansion and they added jobs and General Motors continues to have problems. Look at the most recent scandal that's been brewing in general motors. So this is, you know, Steve gets to the point. We have to decide whether this is welfare or whether it's really investment and if it's really investment, then why aren't private investors coming in?

MIKE OZANIAN: Crony capitalism is one of the reasons we got into the recession for the first place. Also how puny has the president become where he actually thinks that $1.4 Billion in a $17 trillion economy is going to amount to anything? I mean what a small minded thinking individual. When you have something that's temporary anyway, investors know and it doesn't work. You need measures that are permanent. That's what creates hiring and creates jobs. That's what we need. Something likes permanent reductions in marginal tax rates. That will get investment and hiring up.

SABRINA SCHAEFFER: Well, I think it's because the American people are picking up on the president and many republicans confusion about what kind of economy we're living in today. Today, 70 percent of our wealth is created from the service sector, from an information economy. Not from producing stuff. While of course we all want people to have more jobs, the president shouldn't be in the business of determining where those resources go. What's more, he is speaking out of both sides of his mouth. The manufacturing industry is growing right now and it's expected to surpass $2 trillion this year. The number one reason is because of affordable, clean, natural gas. Something that democrats and progressives are at war with. So if the president really wants to spur manufacturing growth, he should stop pouring money at it at the same time as he is overregulating the energy.

JOHN TAMNY: Absolutely. I said it a lot on the show before but governments have no resources. The only way they can spend money is if they tax and borrow it from us first. You have this horrible scenario where Harry Reid and Barack Obama and John Boehner are allocating capitol instead of Warren Buffet, Paul Tudor Jones, and Jeff Bezos. They do it wastefully. We don't have capital to waste. So it's of course going to slow the economy down.

The EPA is expected to come out with new rules next week, the chamber of commerce says the rules could cost more than $50 billion a year; proof that the government needs to stop adding regulations and start cutting regulations to help Americans?

JOHN TAMNY: It is. Regulations are a tax that all Americans pay in a big way and they're an obnoxious conceit that presumes those that can't, can oversee those that can. They're the equivalent of saying Oxford College, where Obama went could beat the USC in football on a regular basis. But it's the untalented trying to oversee the talented.

RICK UNGAR: None of us know what the president is going to propose on Monday. The only thing we can really predict is we'll be talking about it all summer. I'll say what I always say about regulations. I agree we're overregulated. Consider the reason why. Some things have to be regulated because business won't do the right thing on their own. Watch the regulators fall off. Big business creates big government.

RICH KARLGAARD: Well, you know, the thing that's really disturbing about this administration is all they know how to do is tax and punish. They don't know anything about creating incentives for goods and services on the supply side. If you punish the suppliers prices will go up because you have fewer goods and services to go around. Great entrepreneurs withdraw from competition and it creates this, it just creates this morass that we're in now.

SABRINA SCHAEFFER: I don't think so. I think that's one of the big points here. We have to consider if these regulations are helping or hurting the economy. The ballooning regulatory state is a serious problem for American families and businesses. I understand the chamber's numbers are even a little lower than the competitive enterprise institute that says that the cost of regulation annually costs taxpayers 1 trillion. These are hidden taxes.

CARRIE SHEFFIELD: Obama made no secret that he hates coal and wants to destroy that industry. We know it's going to come down the pike and the other thing we know is as far as the cap and trade carbon regulation our friends across the pond were basically our self-imposed guinea pig on this issue. They implemented a similar, Europeans did this cap and trade mess. They have done massive subsidies and have done nothing. My colleague from the Manhattan institute found that between 2005 and 2012 the cost of electricity for consumers in Europe went up by 55 percent. It's scary.

First Lady Michelle Obama speaking out this week against a new republican-led attempt to allow some schools to opt out of healthy nutrition standards, saying "this is unacceptable". This on the heels of a 9 year old, 66 lb. girl getting a Department of Education-issued "Fitnessgram" that described her Body Mass Index as "overweight"

SABRINA SCHAEFFER: It's bad enough that the government is in the business of educating our kids but now they're feeding them. Breakfast, lunch, dinner, snacks. It's summer programs. I'm a mom. The first thing you learn when you have a child is how to feed them. Government is pushing parents out of their real job to feed their children. It started as a program to helped underprivileged kids. It's now a program that serves 31 million American students and 40 percent of them are buying this food on their own. This is a crazy program.

RICK UNGAR: Kids have been rejecting the food in the cafeterias at school since I was a kid. That was a long time ago. The problem is instead of politicizing this let's deal with the fact that we have a serious problem with obese children. We are all going to pay for that when they get older and get diabetes.

STEVE FORBES: Kids are going to eat what they want to eat. The key thing is having parents do the right job and that's education but the problem is even so-called healthy food, the way schools do it, you want to throw it away. It's unhealthy the way they treat healthy food.

CARRIE SHEFFIELD: It's dictating from a very centralized bureaucratic mandate when what we need is local control. That's what these republicans are trying to do. When the government is mandating that you must buy certain types of food. The local marketplaces, it's a lot more expensive or unavailable and it's unfair to impose these really top heavy demands.

MIKE OZANIAN: My doctor gave me the best advice when it came to food. Eat a little bit of everything and don't worry about anything. This entire program should be completely scrapped. Kids not only are throwing food away. They're not buying it. Sales at many schools are down between 10 and 12 percent and we should ask ourselves why as the federal government has increasingly become involved with nutrition at schools has health of young kids gotten worse and worse.