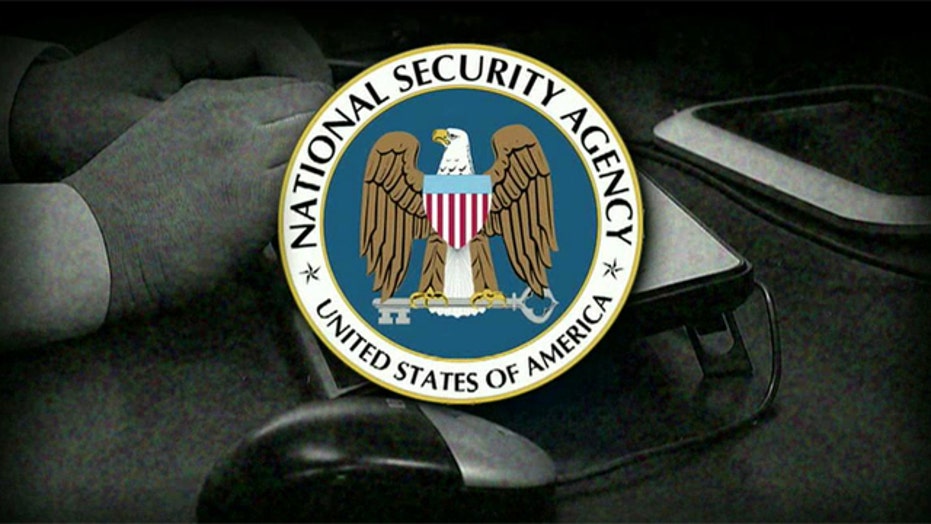 Unions push back against hiring outside contractors

REPORT: UNIONS GEARING UP TO FIGHT FOR MORE GOVERNMENT JOBS AMID NSA SCANDAL

GARY KALTBAUM: There is no proof that contractors do a bad job for us with our security; this is an outlier event. I do not want any union employees put down our throats in the security business. That will affect us going forward. I want good people running the show.

DAGEN McDOWELL: You can have people who leak confidential information even if they work for the government.

CHARLIE GASPARINO: I've done a lot of reporting with whistleblowers. They're all insane to a certain extent, so we shouldn't expect that much different from this guy (Snowden). I do have a little bit of a problem farming this sort of essential stuff out to contractors. We don't farm out the police department; we don't farm out the fire department. Why should we be farming out surveillance? We have more control in-house. This is an essential service-keeping us safe-and we should probably keep it in-house.

BEN STEIN: The idea that outside contractors have access to phone records of every single person in America, if not in the entire world, is insane. And I think they should, at a minimum, be government employees and subject to whatever laws apply to government employees, including laws about treason.

ADAM LASHINKSY: This has nothing whatsoever to do with unions. We've let this idea that you should farm everything out to contractors run amok. It is not always the best thing to let the market decide how these things should be done. Certain key functions of the government should be done by government employees. That's the point here.

BEN STEIN: Well, of course wages will decline because we'll get a big influx of lower-wage workers. Historically, the purpose of immigration laws has been exactly that-to put pressure on wages downward. And that will do that this time, too. But let's remember that a lot of the jobs these guys are going to be taking are jobs that Americans don't want to have in the first place. The whole purpose is to lower wages, so that's what it's going to do.

GARY KALTBAUM: The longer you stay home, the more you get checks. It's amazing to watch, and we've seen the numbers on the checks that are being sent. As far as the wages go, you add a ton of people to the pie, and you have a fixed amount of money, wages are most certainly going to go down. Got another big bill with the immigration thing, and I'm not against it, but the way they're doing it-I have a big worry about how it's going to affect the economy. And to hear the CBO with their numbers saying it's going to help the economy and help the deficits, I don't think so.

CHARLIE GASPARINO: What's odd about this immigration push is that we don't have a demand for labor.

DAGEN McDOWELL: Actually if you look as the CBO report, it says that wages will drop slightly for lower income Americans and higher income. It's the middle group that will not have a negative. If you unionize like McDonald's, your prices will go up, if the wages go up. If you keep wages flat or lower, that means prices at restaurants and retailers that we all go to will remain steady.

ADAM LASHINSKY: At the high end, boo-hoo for the wealthy who will face new competition. As Dagan said, the two things that the report addressed, it would depress wages at the high end. We've ascertained, agreed, we don't care about that so much. It will drive down recorded wages, because right now these 11 million people are not being recorded because they're not official.

GARY KALTBAUM: Look, I can give you an example look at the chart of the coal stocks after they put regulations on these companies. Electric companies will raise prices on the consumer and our costs will go up. That will affect the economy. It is a big cost to the consumer.

BEN STEIN: There is no cost to high to save the earth. The really problem is do we know it is hurting the earth. The scientists are not 100 percent unanimous. Despite what they tell us. The signs are not clear on this. I just don't think we should go all out on this until science is completely clear.

ADAM LASHINSKY: Just having come back from China where the air is disgusting, I am glad to live where the air is cleaner; we have not had an increase in electricity demand for five years. It is more about the economy.

DAGEN MCDOWELL: That is the natural gas dropping it down. Our CO2 emissions are at the lowest levels in 20 years.

CHARLIE GASPARINO: You want to know why the market went down last week? It is stuff like this; the Obama economy and minus the monetary crack, it's regulation and higher taxes and nonsense like this.